The Israeli Olympic Delegation for Tokyo 2020 Posted by Ayana on Jul 19, 2021 in Sports 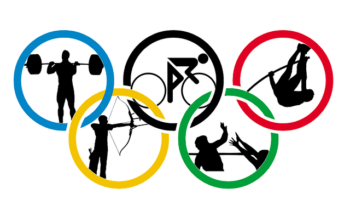 Photo by diema from Pixabay, CCO

After last year’s postponement (דְּחִיָּה), Tokyo Olympics 2020 (אוֹלִימְפְּיָאדַת טוֹקְיוֹ) will finally take place this month, July 2021. The Games were delayed a year in the hopes that the COVID-19 situation would be under control by now. Unfortunately, this is not the case. As the pandemic rages across the globe, and Japan just announced a state of emergency, these Games will be different.

Athletes (סְפּוֹרְטַאיׅם), participating in the Olympics, face quarantine upon arrival to Japan and daily coronavirus tests. They must stay in isolation bubbles within the athletes’ village. Socializing and group meals are prohibited. All competitions will be held before empty seats, since no spectators are allowed. There will be no fans, no cheering, and no applause. All athletes must depart Japan within 48 hours of their last event.

For Israel it will be the 17th appearance at the Summer Olympic Games. The Israeli delegation (מִשְׁלַחַת) is going to be the biggest the country has ever assembled, almost double the delegation sent to the 2016 Olympics in Rio de Janeiro. 89 Israeli athletes will compete this summer (קַיִץ) in 21 Olympic sports.

Surfing is one of the sports that will make its debut appearance in the coming Games. Only 20 women from around the world will compete in the two-day completion that will take place in the ocean. One of them is Anat Lelior, a solider in the IDF who qualified for the Olympics already in 2019. זוֺ הָיְתָה הַחְלָטָה טוֹבָה לִדְחוֹת אֶת הָאוֹלִימְפְּיָאדָה, קֹדֶם כֹּל הַבְּרִיאוּת (it was a good decision to postpone the Olympics, health comes first), she said in an interview.

For Anat, Olympics was never an option before, since surfing is a new Olympic sport. Linoy Ashram, on the other hand, a successful rhythmic gymnast, was aiming for the Olympics. She is breaking records and winning medals since starting to compete as a senior in 2015.הָיָה לׅי קָשֶׁה כּׅי הֵכַנְתִּי אֶת עַצְמִי פִיזִית וְנַפְשִׁית לַקַּיִץ (I had a hard time because I already prepared myself physically and mentally for the summer), she said when asked about the postponement of the Games.

After years of preparations and expectation, the Israeli athletes had to re-plan. They faced cancellations of training camps, limitations on trainings, decline in motivation, and many uncertainties. But despite the difficulties, the Israeli delegation is excited and ready. Meet them in the next video:

Will the year delay (עִיכּוּב) affect the achievements of the athletes? Will the lack of spectators disrupt their abilities? This Olympics will definitely be different. Stay home, watch the Games, and most important – keep safe.