The Israelis Who Fight in Ukraine Posted by Ayana on Mar 14, 2022 in News 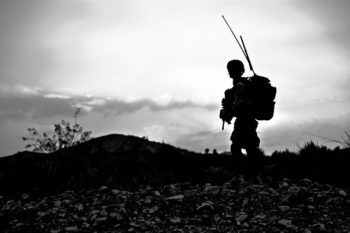 Photo by ArmyAmber from Pixabay.com, CCO

On February 26, two days after Russia invaded Ukraine, thousands of Israelis gathered in Tel-Aviv and Haifa. Wrapped in Ukrainian flags, they protested against the war.

Earlier that day the Embassy of Ukraine in Israel posted on Facebook a call for volunteers: “the embassy has begun the formation of lists of volunteers who wish to participate in combat actions against the Russian aggressor”, the embassy wrote. Those who wish to participate in the protection of Ukraine, as it said in the post, should send an email with their details, including military specialty.

Israelis are not the only ones the Ukrainian government tried to recruit. A day after the above post was published, both Ukraine’s President and foreign minister invited anyone who wants to join the defense of Ukraine to fight side by side against the Russian forces. They formed a new unit called The International Legion of Territorial Defense of Ukraine.

Israelis indeed conscripted. Hundreds of thousands of Israelis are estimated to have Ukrainian roots, including former Ukrainian citizens who have immigrated to Israel in the last three decades and their descendants. Many of them couldn’t remain indifferent. Thinking about the country where they were born and raised, and their families who still live there, they felt the need to act.

Due to Israel’s mandatory conscription, many of them are veterans. In Odessa, outside a military site, an Israeli reporter interviewed two of them in the next video. One, for example, made Aliyah 6 years ago, served in the Israeli army as a fighter, and is now back in his hometown, fighting on its behalf.

Another Israeli who made Aliyah more than twenty years ago, was on vacation in Ukraine when Russia invaded. He grew up in Israel, but couldn’t remain indifferent to his motherland’s situation. He conscripted to the Ukrainian army, ready to fight for the country he left as a child. Listen to his radio interview here.

The verb לְהִלָּחֵם means to fight. It belongs to binyan niph`al, and it’s conjugated as follows:

Check, for example, the headlines from the last week using the verb לְהִלָּחֵם. For more reading click on them.

Sergei from Israel will fight with the Ukrainians

The Israelis who plan to fly and fight in Ukraine

Testimony of Israeli volunteers fighting against the Russians

The root of the verb is ל-ח-מ. When inserted into noun patterns it creates the words:

Israelis, most of them are former combatants in the Israeli army, are interested in joining the fighting in Ukraine. We all hope they will return safely from the war.