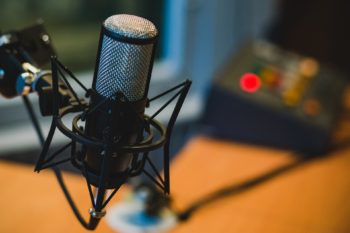 Bollywood lost two luminaries this past month. Lata Mangeshkar and Bappi Da. The nation went into mourning while tributes poured in.

Asha Bhosle – another luminary paid a tribute to her sister बहन and long time rival प्रतिद्वंद्वी in the music industry. She reminisced on their closeness निकटता through childhood, the school years and parallel समानांतर lives.

Asha is the younger sister of Lata Mangeshkar. She comes from a musical family from Sangli, Maharasthra. Her first language is Marathi but like her sister, sang in Hindi for Bollywood films as well as in many other languages.

Asha started singing at the age of 10 but commenced शुरू किया her career in 1943 in Bollywood and continues singing today. Chala Chala Nav Bala is the first song Asha sang in Marathi language.

She sang ‘mandir मंदिर songs’ which mean ‘temple or holy songs’ and ‘hotel songs’ referring to fast and catchy numbers.

Asha sang in over 1000 movies in Bollywood and recorded many albums in other languages collaborated with R.E.M. in a song as well. She also collaborated सहयोग किया with Boy George in an upbeat non-filmy song.

Asha got married at the age of 16 but the marriage did not last. She did marry a  famous Indian composer, RD Burman. This marriage lasted for 14 years till he died. She has three children by her first marriage.

The Brit Pop band Cornershop paid a tribute श्रद्धांजलि to Asha in their song ‘Brimful of Asha’. This was a chart-topper in the UK.

Another hit that brings the audience to their feet is Dum Maro Dum an iconic song during the 70’s. Bollywood recently remixed and revived this song, recently in a new remake पुनर्निर्माण featuring Deepika Padukone.

People talk about the rivalry विरोध between Asha and her big sister Lata. They dismiss खारिज it as tales but there was a certain amount of healthy rivalry between these two stars. They grew up so close that Lata would take Asha to school with her, not wanting to leave her kid sister alone अकेला.

However, the sisters grew distant दूरस्थ due to  Lata’s objection आपत्ति to Asha’s first marriage शादी. There was tensionतनाव between the siblings सहोदर as the new husband did not allow his wife to visit her sister.

The sisters differ in temperament, with Asha being the more outgoing and popular of the two. However, it must be said, Lata grew up quickly at the tender age of 14. She started earning कमाई in order to take care of her family. A task that made her a provider प्रदाता and protector. Her intentions प्रदाता were out of love.

Asha made it into the Guinness Book of World Records with an amazing 12000 recorded songs. The government of India honored her with the Dadasaheb Phalke Award in 2010 and the Padma Vibushan award in 2008.