Days of the Week in Hindi Posted by Rachael on May 16, 2019 in Hindi Language

One of the first concepts you are taught in any language class are the “days of the week.” While this may entail a simple explanation in other languages, the days of the week in Hindi are rife with meaning due to their connections with Hinduism and astrology. Although many young people in India today may prefer to say “Monday को” rather than “सोमवार को,” it’s still important to know the days of the week as they are often used in Hindi media and by older generations. 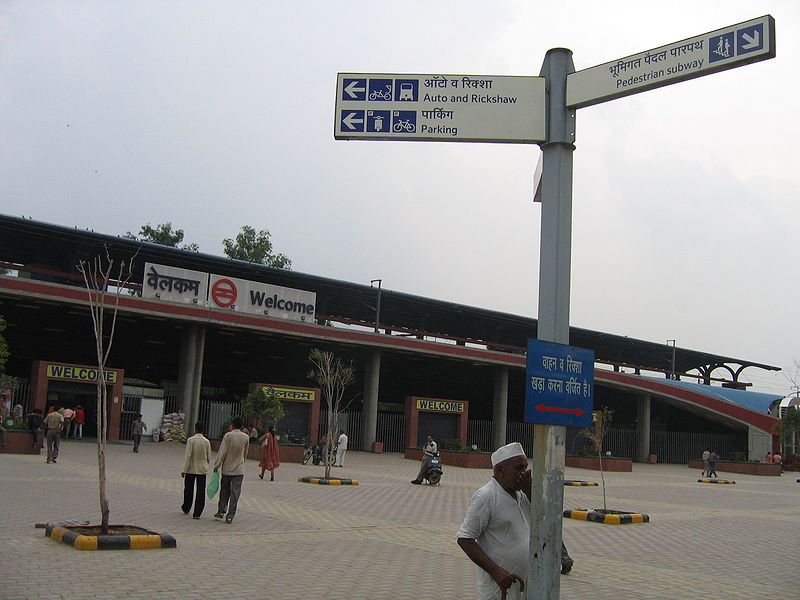 Many people use public transportation, such as India’s many well-developed metro lines in urban areas, to get to work, school and other obligations. Image by Deeptrivia on Wikimedia Commons, licensed under CC BY-SA 3.0.

First off, you’ll notice that every day of the week ends with the word “वार,” which just means “particular time or turn” – pretty self-explanatory. This part of the word can be dropped colloquially; thus, Monday would be simply सोम.

The word सोम itself has many meanings. First of all, it refers to a type of plant that can be fermented to create a hallucinogenic substance, which used to be drunk at Vedic sacrifices and offered to the gods. As a substance that could induce a state of “altered consciousness,” it was regarded as sacred, thus its connection to ritual sacrifices and its use as a type of प्रसाद (ritual offering) to deities. It was thought that this was a beverage of the deities themselves and thus drinking it could bring one closer to the abode of the gods. This word also has connections with the Vedic deity of the same name (basically, the hallucinogenic plant of सोम personified as a god) and the moon. In fact, the Vedic deity, Soma, was regarded as the god of plants, healer of disease and provider of riches and was envisaged as abiding on the moon.

मंगल/mangal is a concept that you should become familiar with, as it connotes “auspiciousness,” a very important concept in Hindu astrology as it dictates when certain events may take place (lifecycle ceremonies, weddings, starting a new business, etc.). It also connotes someone or something which is fortunate and prosperous. This word is also the name of the planet Mars, another important concept in Hindu astrology as it is considered an auspicious planet.

“बुध/budh,” which is related to the word “बुद्धि” (buddhi, fem.), meaning intelligence or wisdom, predictably means someone who is “wise or enlightened” (and is also related to the word बुद्ध, as in the Buddha). This word also refers to the planet Mercury. 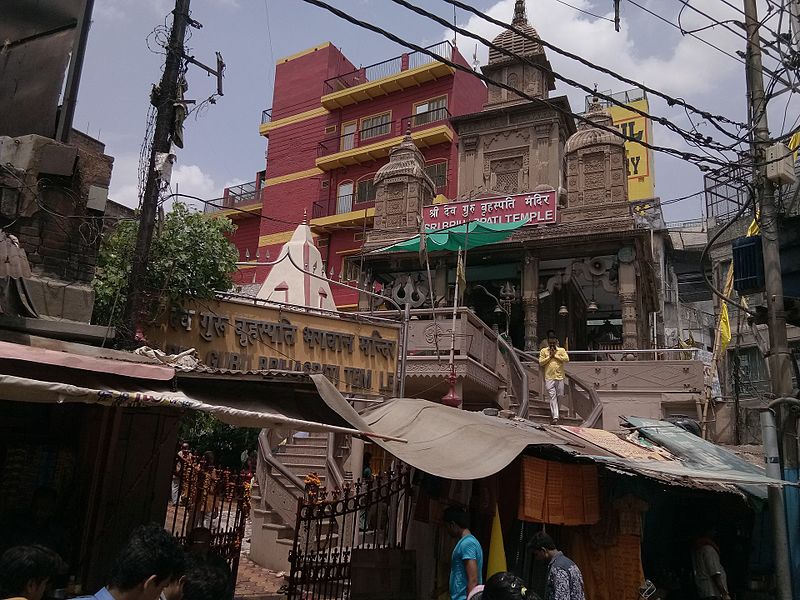 A Brahaspati Temple in Banaras; image by Raghav Sudan on Wikimedia Commons, licensed under CC BY-SA 4.0.

“गुरु/guru” refers to a respected spiritual guide, mentor or teacher. But, it is also the name of the Vedic sage Brahaspati (who provides mentorship to the gods), which is also the name for the planet Jupiter, hence the choice between the two names here. “गुरुवार,” being shorter and easier to say, is much more commonly used, but बृहस्पतिवार is often used by traditional Hindus and in formal settings such as on a wedding invitation or an announcement of a religious ritual, etc. 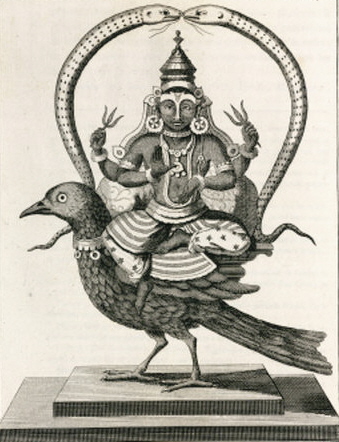 A depiction of the god Shani; image by Dr. Saptarshi (uploader), public domain.

शनि/shani refers to the planet Saturn, which is considered the least auspicious of the planets and thus many people are discouraged from taking part in momentous activities on a Saturday, lest they incur bad luck or great misfortune.