The Poetry of Nagarjun Posted by Rachael on Aug 9, 2019 in Culture, Grammar, Hindi Language, News, Vocabulary

This week, I’ll be discussing a Hindi and Maithili writer (लेखक/lekhak) who is not well-known (नामी/naami) outside of India but certainly should be. The author known as “Baba Nagarjun” (बाबा नागार्जुन) and “Yatri,” (यात्री) whose real name was Vaidyanath Mishra (वैद्यनाथ मिश्र) (~1911-1998), was born in the village (गाँव/gaanv) of Satlakha in Bihar (बिहार). It was clear from an early age that Mishra was academically gifted; through his studies, he became proficient in Sanskrit, Pali, Prakrit and Bengali, and this linguistic versatility can be clearly seen in his poetry (पद्य/padya=collective noun, meaning “verse”) in Hindi. Despite his mother’s early death and the instability of his home life, Mishra was successful in his studies and other endeavours due to the support (समर्थन/samarthan) of his extended family and the scholarships he received for his academic performance. 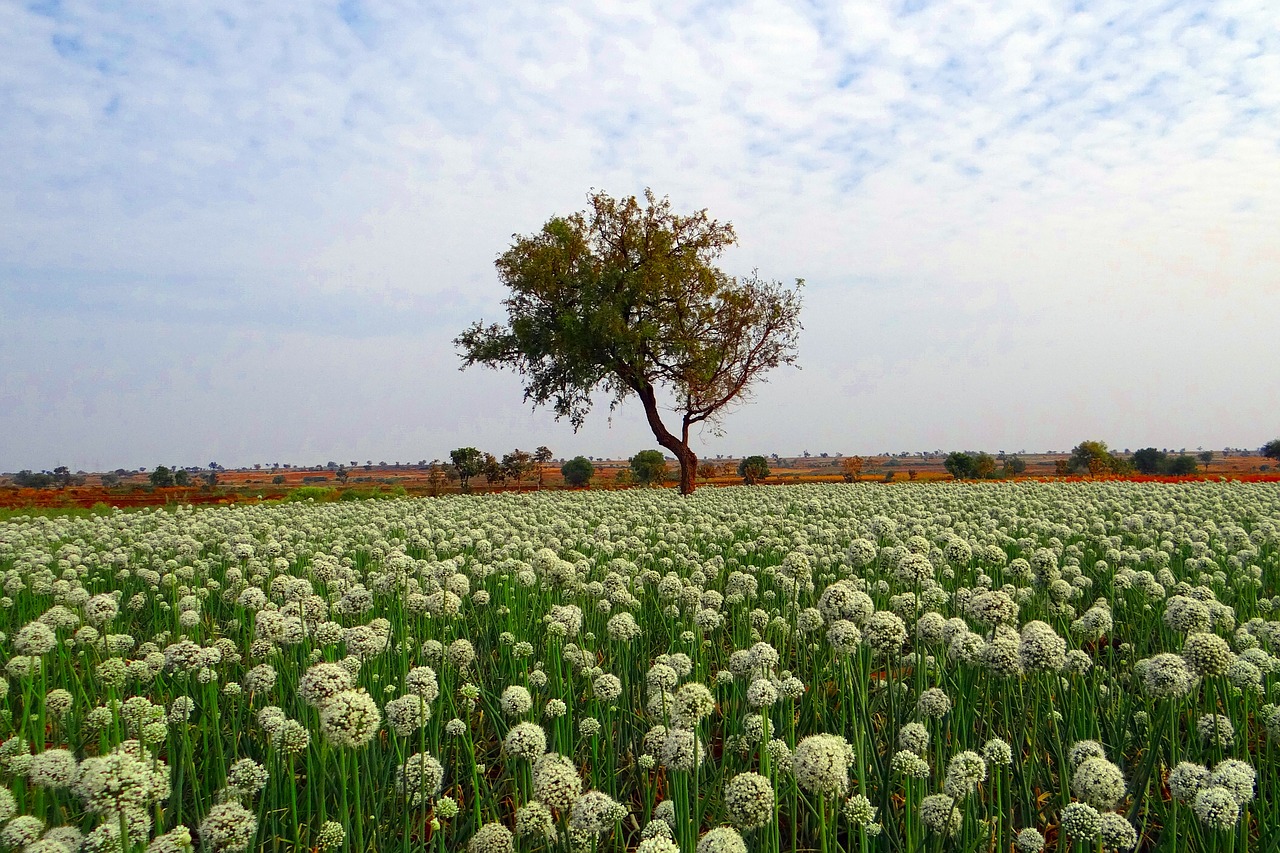 Nagarjun’s poetry is filled with images of rural India, an homage to his roots in Bihar. Image obtained via Pixabay.

At the age (उम्र/umra) of 18 or 19 (it’s not possible to say exactly when  as Mishra’s birth date is disputed), Mishra alleged that he was deceived into marrying a child bride by his father, who had a very negative impact on his life. Throughout his life, Mishra rebelled against the bonds of home (घर/ghar) and family (परिवार/parivaar), resented a marriage (शादी/shaadi) he had not chosen yet, at times, appeared to accept his duties (कर्तव्य/kartavya) as a husband and father, although his itinerant lifestyle (भ्रमणकारी जीवन शैली/bhramankaari jeevan shaili) and restless nature made this difficult more often than not. In addition, Mishra’s wholehearted devotion to writing, traveling, learning and promoting the people’s cause made it impossible for him to lead the life of an average householder. He first began to pursue writing seriously in his mother tongue, Maithili, under the pen name “Yatri” (“Traveler”) in the early 1930s and, in the mid 30s, he branched out into Hindi, eventually becoming known for his Hindi work under the pen name (उपनाम/upnaam) “Baba Nagarjun” (a name that was given to him after he converted to Buddhism and lived for a time as a Buddhist monk).
Although Mishra began his professional career (पेशा/peshaa) as a teacher (शिक्षक/shikshak) in Saharanpur (Uttar Pradesh), he did not remain in this post long as his insatiable desire for knowledge (ज्ञान/gyaan), specifically regarding Buddhist scripture, led him to a Buddhist monastery in Kelaniya, Sri Lanka. He travelled there in 1935 to study the religion (धर्म/dharm) in more depth and was initiated as a monk (भिक्षु/bhikshu), although he did not live as a monk for much of his life. In this way, Mishra followed in the footsteps of his mentor, Rahul Sankrityayan, a writer of Hindi travelogues (and some would say the “father” of the modern Hindi travelogue) and fellow Buddhist. While living at the monastery, Mishra also began to study Leninist and Marxist ideologies; these philosophies (दर्शनशास्त्र/darshanshaastra) came to influence his writing greatly from that time onward, giving definition to a growing anger and dissatisfaction with the lot of the आम आदमी/aam aadmi (common man) that had been his passion from an early age.
Today and during his lifetime, Mishra is known as “Janakavi” (जनकवि) or “The People’s Poet” due to his deep sympathy and love for the common people of India, whose struggles he tirelessly documents in his writings, which include not only poetry but novels, literary biographies, short stories and travelogues. Throughout his life, Mishra was involved with movements asserting the rights (हक/hak or अधिकार/adhikaar) of common Indians, which caused clashes with the mainstream political establishments of the time. One such incident occurred when he was sent to jail from 1939 to 1942 by the British for spearheading a farmer’s protest (विरोध/virodh) in Bihar. Later, Mishra was jailed again due to his involvement with Jayaprakash Narayan’s (a political leader who called for a “total revolution” to overthrow then-Prime Minister Indira Gandhi) movement prior to the Emergency (1975-1977). During this period, Gandhi declared a state of emergency that enabled her to “rule by decree,” suspend elections and curtail civil liberties in an attempt to combat internal unrest and, essentially, silence political opposition. 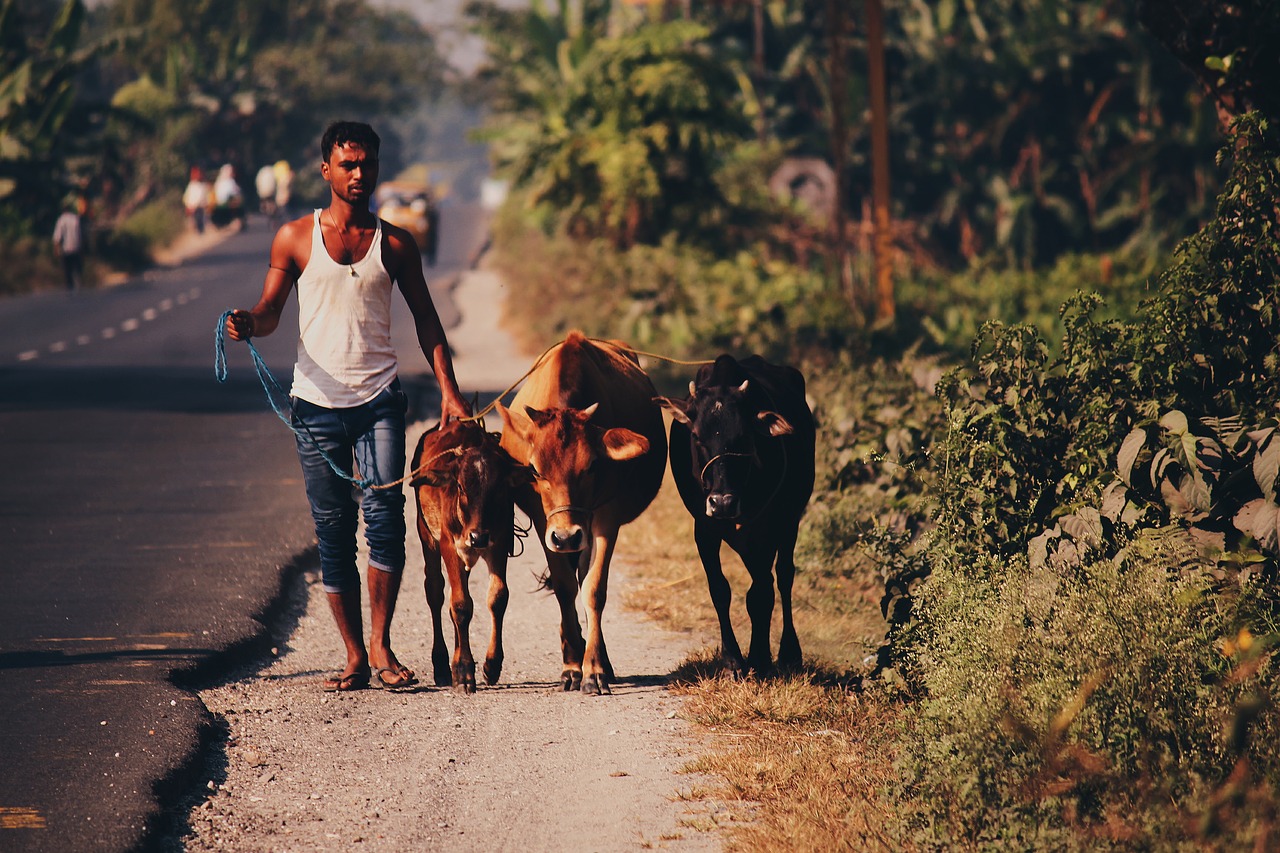 Due to the staggering range of topics (विषय/vishay) Mishra treats in his writing and the type of language he uses (which ranges widely in his Hindi poetry from formal, highly-stylised Sanskritic language to the most common Hindustani phrases and vocabulary), it is clear that his mission (लक्षय/lakshya or मकसद/maksad=goal) was to create poetry not just for elites but for common people as well, effectively democratizing the poetic endeavour. He is also renowned for his commitment to Maithili and, even today, he is one of the most well-known advocates (समर्थक/samarthak) for literature in this language. Although married with six children, Mishra was an itinerant writer and never stayed for too long in any one place. Unfortunately, much of Mishra’s work has not been translated into English.
The first poem (कविता/kavitaa) I translated is one of his more famous, “अकाल और उसके बाद/Akaal aur Uske Baad” (“The Famine and its Aftermath,” 1952). Interestingly, the Hindi verses strike a rhythm (बहाव/bahaav) that lulls the reader (पाठक/paathak) into a lassitude of sorts with the repetition in each line of the first stanza of “कई दिनों तक.” The repetition of this phrase (वाक्य/vaakya) cleverly conveys the dull, plodding nature of time slipping by slowly as the household suffers due to the famine. In contrast, in the second stanza, Mishra conveys the smoother passage of time (समय/samay or वक़्त/vakt), buoyed by good spirits, by repeating the phrase “कई दिनों के बाद” in the final part of each line. This phrase, through its repetition and placement, also conveys the relief felt by the household as their torturous anticipation for better times comes to an end. Interestingly, Mishra does not focus much on any one human member of the household but rather conveys a different and surprising perspective (दृष्टिकोण/drishtikon) by anthropomorphising inanimate objects and animals in and around the house. The poem is haunting in its rhythmic nature, subject matter and its seeming simplicity. 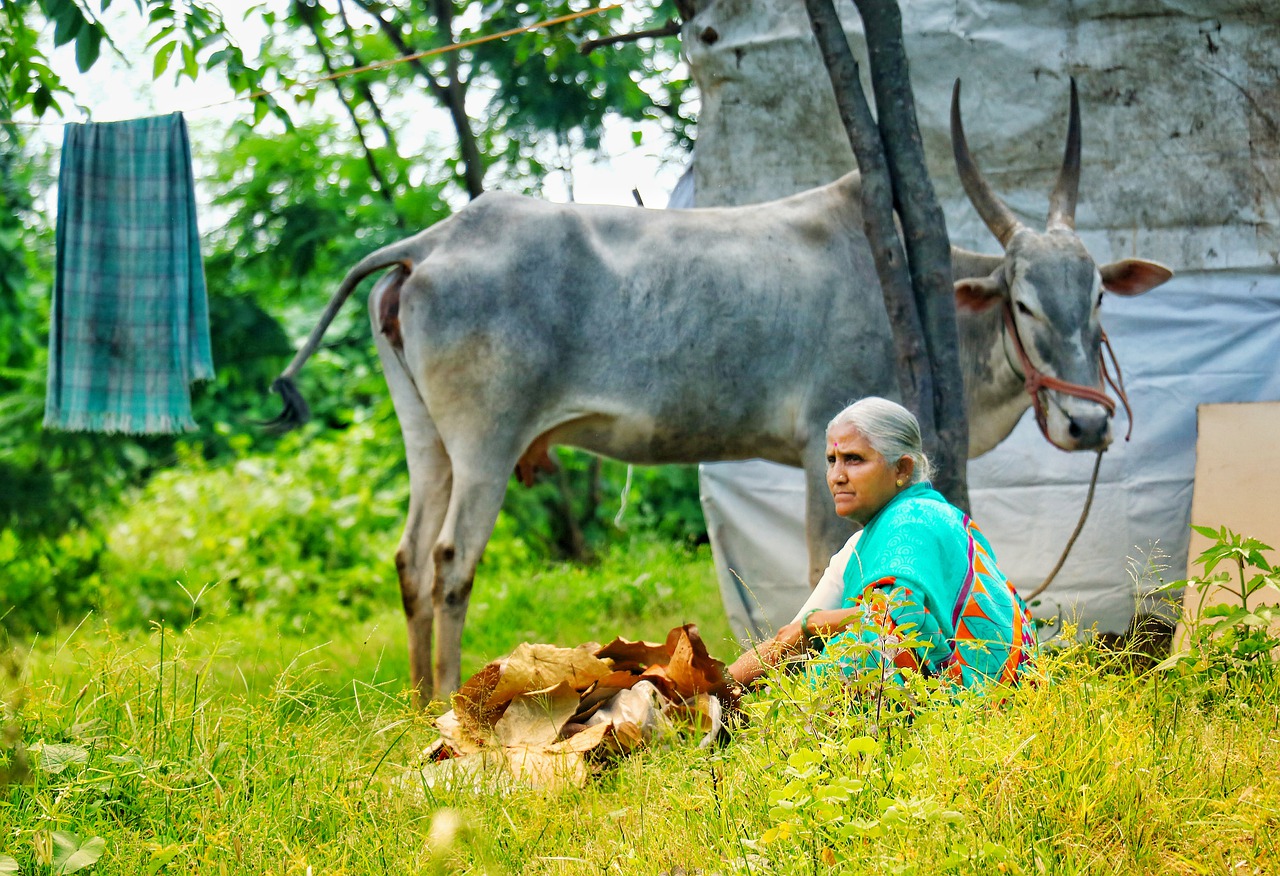 The second poem I translated is titled “जान भर रहे हैं जंगल में/Jaan bhar rahe hain jangal me” (“Living out their Lives in the Jungle”). Although it is seemingly a description of the glow of fireflies in a jungle during the rainy season, its real symbolism (प्रतीकवाद/prateekvaad) lies in the leftist ideologies with which Mishra became inextricably associated throughout his career. In this poem, the fireflies that, lit from within by their own unique power, pierce the oppressive darkness of the jungle and subsequently die, represent the “proletariat.” The poem conveys the message that the common people, by joining forces and using their unique powers to fight against injustice, gain hope to change their circumstances for the better. To those who would call these “fireflies” wretched or pitiful because they sacrifice themselves en masse for an uncertain cause, Mishra seems to argue that they should be revered as they are स्वयं प्रकाशी (lit from within, that is, “glowing with their own power”) and are nobly sacrificing themselves in order to achieve a better life for others (and a life of greater “truth” as is implied by the fireflies’ act of illuminating the darkness with their own light, even at the cost of their lives). 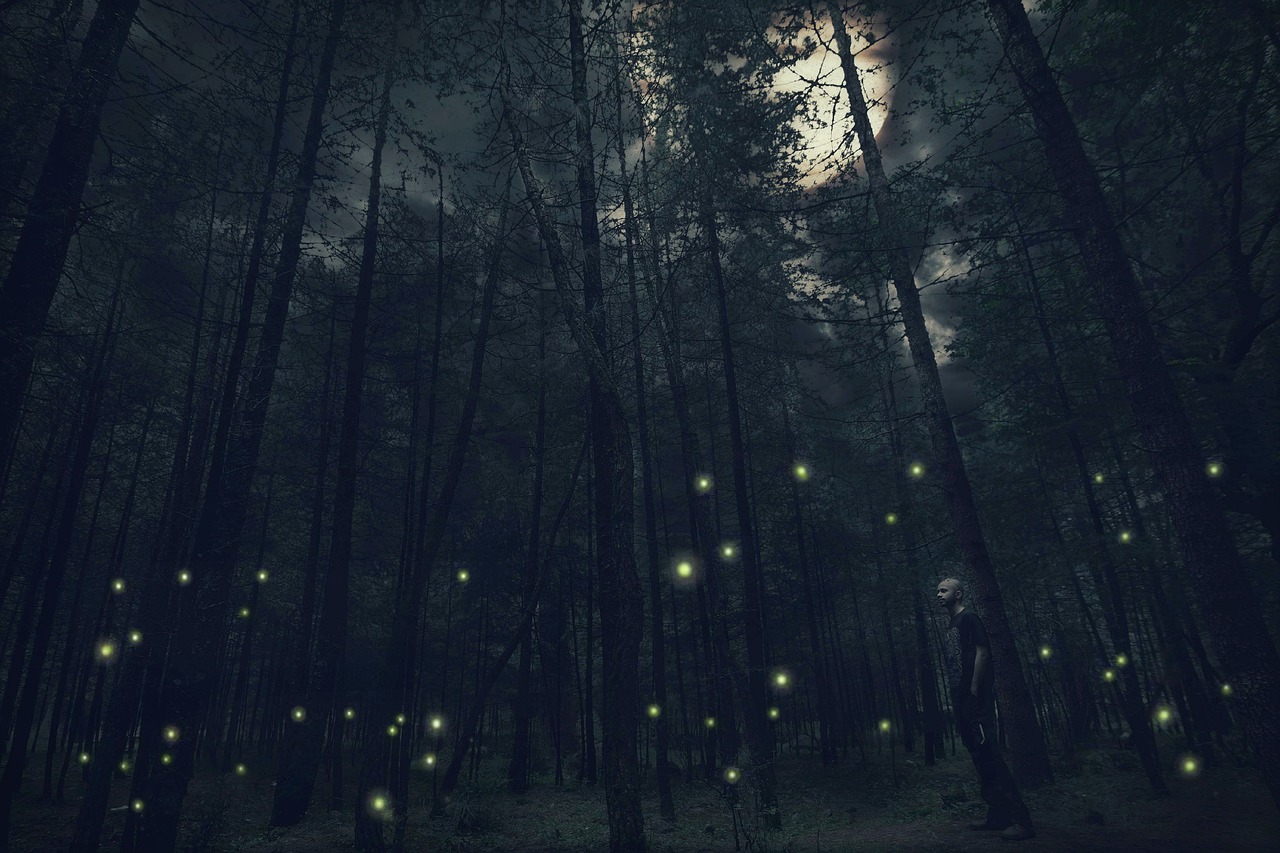 *भादों/Bhadon=the sixth month of the Indian lunar calendar, which lasts from mid-August to mid-September.

***योगदान/yogdaan=meaning is more akin to “contribution”