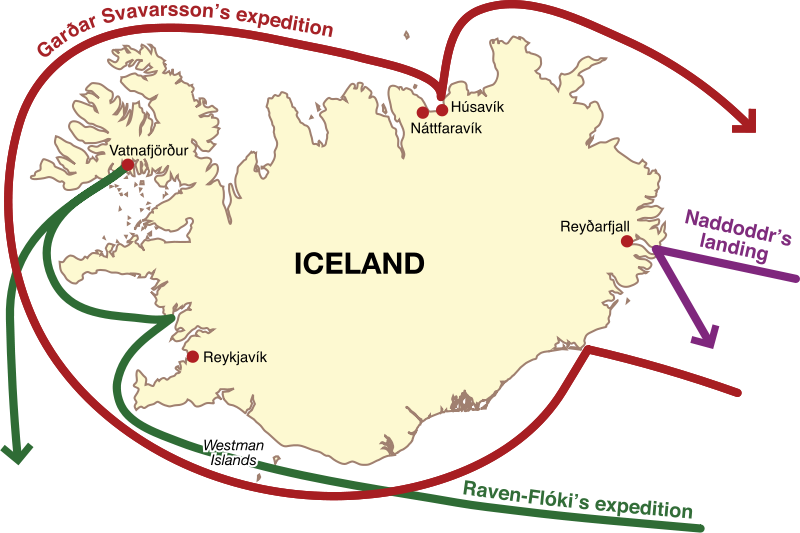 Image by Max Naylor on Wikimedia Commons. The three routes of the earliest founders of Iceland.

By now I’m sure you’ve all seen that one meme that in all its simple beauty compares together a picture of Iceland and Greenland and their seemingly illogical names. It’s still somewhat understandable why someone would want to call Iceland icy, after all on the winter part of the year its whiteness can easily rival that of Greenland’s, but who on their right mind would ever call Greenland with its massive glacier top green?

Eiríkur hinn rauði Þorvaldsson (Erik the Red, Þorvaldur’s son) would. But going straight to him and the reasons why he decided to settle Greenland and name it thus would be a huge historical leap so let’s start with the name that was there first, Iceland or Ísland as this country is called in Icelandic. 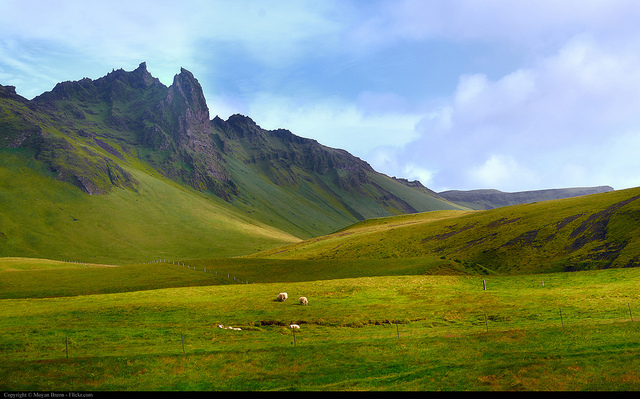 The man who most often gets the credit for settling Iceland was called Ingólfur Arnarson, but though he was the first permanent settler mentioned in the Norse history books, he was not the first one to find the place nor, possibly, the first one to live here. Ari fróði Þorgilsson mentions that at least one of Iceland’s islands, Papey, was already settled by Irish monks (= papar, hence the name Papars’ Island). There’s no way of telling whether this is true or false, but European history writing does know to tell of Thule, a land up north where summer nights are nightless. We cannot tell with any certainty whether Thule did mean Iceland in particular since the name has been also used for every Nordic country aside of Denmark and also for Faroe Islands, but it’s good to remember that many of those descriptions do fit Iceland well so it’s entirely possible other people had been here before the Norse came over.

Why did they come over then? Why cross the Atlantic Ocean, a dangerous and uncomfortable journey that at best could last weeks and at worst months? History books claim the settlers were men with such fierce sense of freedom that they could not bend their will under that of king Haraldur Hárfagri, Haraldur Fairhair, but alas the actual reason is far less glorious than that. Norway was simply running out of space and the men who saw no future there were naturally tempted by this promise of an unsettled large island in the west.

That’s why Ingólfur was hardly the first, he happened to be written down in history as the first permanent settler because many of the previous ones found the land inhospitable and went away. There was Naddoddur who found the island sometime around the 850’s and called the country Snæland (= Snowland) because of the snow peaked mountains he saw here. Garðar Svavarsson from Sweden was the second, and he named the country Garðarshólmi, Garðar’s island.

The next one was Flóki Vilgerðarson, also known as Hrafna-Flóki (raven Flóki). His trip turned disastrous when a long winter killed his cattle and he was forced to return to Norway, but not before he had vented his disappointment by giving the country its name – Iceland!

Here’s the full story including how Flóki got his nickname, why Iceland’s called Iceland and as an extra why another man received the nickname “butter” during this trip.

This all took place sometime around the years 850-900 so now we have to move on about a hundred years. Eiríkur hinn rauði was born around the year 950 in Norway. 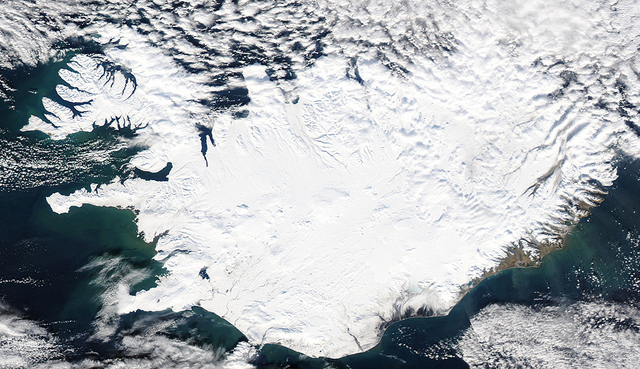 Image by NASA Goddard Space Flight Center’s photostream on Flickr.com. Iceland can be icy too!

Eiríkur was a bit of a trouble seeker just like his father before. The family had to leave Norway due to some unfortunate murdering his father got up to, and in Iceland it was Eiríkur’s turn to kill people unlawfully and be outlawed. Back then this meant the offender was free game and anyone killing them was not only legally allowed to do so, they also reaped themselves great honour in process if they were linked to the murderer’s victim/s in any way, so an outlaw would have to seek to hide or leave the country entirely for as long a time as they had been outlawed. Eiríkur did just that, leaving Iceland and sailing west.

What, just go blindly to a direction no one had been before? Aha, no, Eiríkur was not in fact the first person to find Greenland, just the first one to settle there permanently! A man called Gunnbjörn Úlf-krákuson had accidentally been blown over there by strong winds and had named the land he found Gunnbjarnarsker (= Gunnbjörn’s skerries). Later on Snæbjörn Galti attempted to settle there but the whole colony was destroyed. Eiríkur was the first settler who didn’t die in process.

Most likely taking a hint from the previous colony’s fate Eiríkur knew he needed more people in his if he were to try and live there. He therefore decided upon the name Greenland in order to fool people into believing the land was green, saying himself that “people would be attracted to go there if it had a favorable name”. 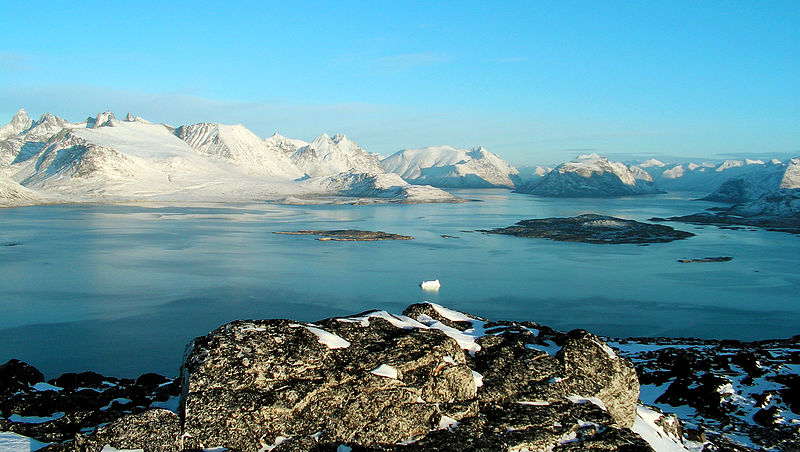 So now you know why green Iceland is called Iceland and icy Greenland is called Greenland. One was named by a short-sighted fisherman-viking in bad temper, the other’s name was a deliberate lie to con more people into coming over to settle there! 😀

A few short articles on the settlement of Iceland in Icelandic can be found at Vísindavefurinn.

Hvers vegna hefur Náttfara ekki verið hampað sem fyrsta landnámsmanninum? (= Why has Náttfara not been lifted/declared to be the first settler?) (link) A story of a thrall who was there before Ingólfur – but was he actually a thrall at all?