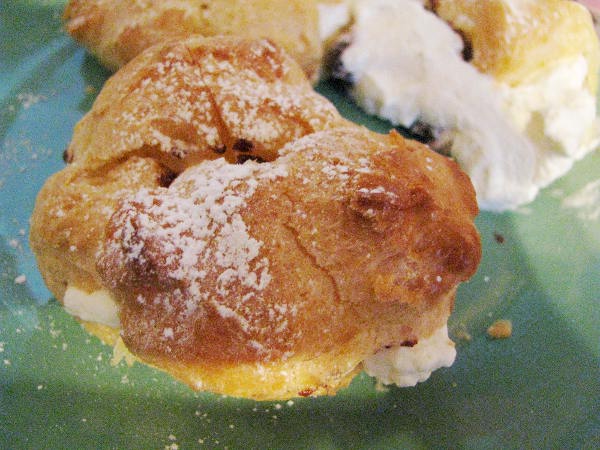 The SO’s mother makes some of the best bolla in town!

There are three days in February that are far more important than Valentine’s Day, at least if Icelanders are asked: the Bun Day, the Explosion Day and the Ash Day (also known as Ash Wednesday but with some Iceland-specific traditions and nowadays almost no religious meaning). Originally they were the days right before the Lent and although Icelanders have long since left out the fasting part, the habit of eating certain foods on these days in celebration of them remains. 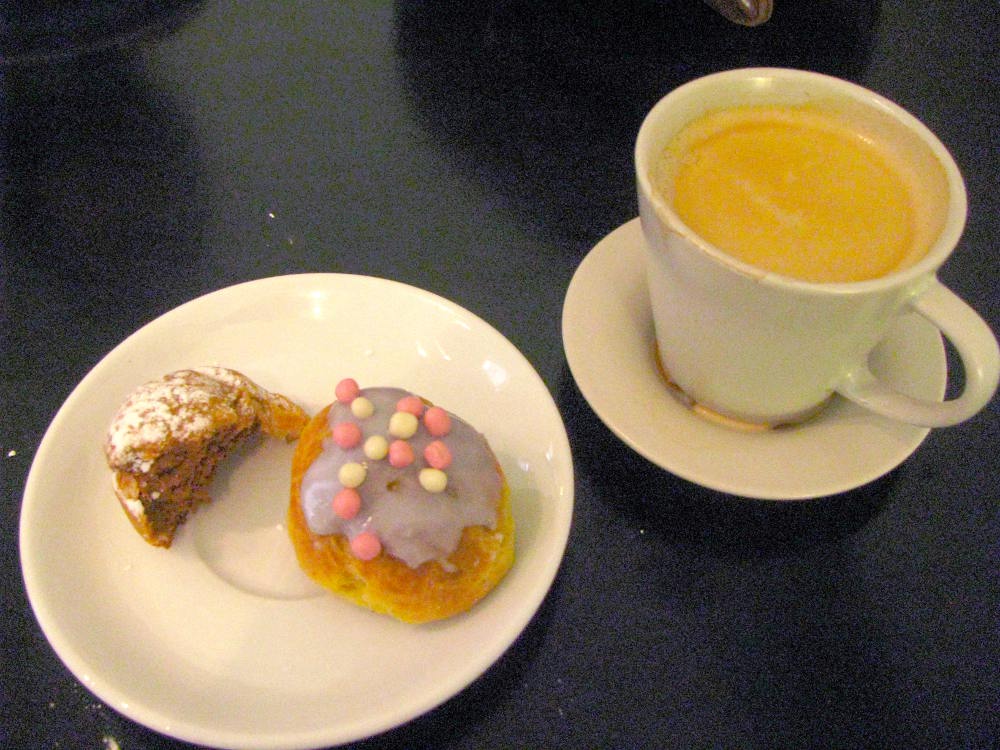 Sandholt is a close second. They sometimes make smaller bolla just so you can try many different fillings!

The first one of the three is named after a seasonal treat that’s typically only available for a few days before and of course on the day itself: the vatndeigsbolla, filled buns. They can be filled with cream, fruit, berries, jam etc. and have a chocolate topping – or maybe caramel or royal icing, if that’s what you prefer.

Children prepare for the day by making colourful bolluvendir, decorated paper sticks, with which they’ll try to beat their parents – you read that right – while chanting “Bolla! Bolla!” If you manage to do this your parents are required to give you a bolla, or one for each hit you successfully land on them. In the past children tried to sneak upon their parents early in the morning while they were still asleep and defenseless, thus guaranteeing victory. 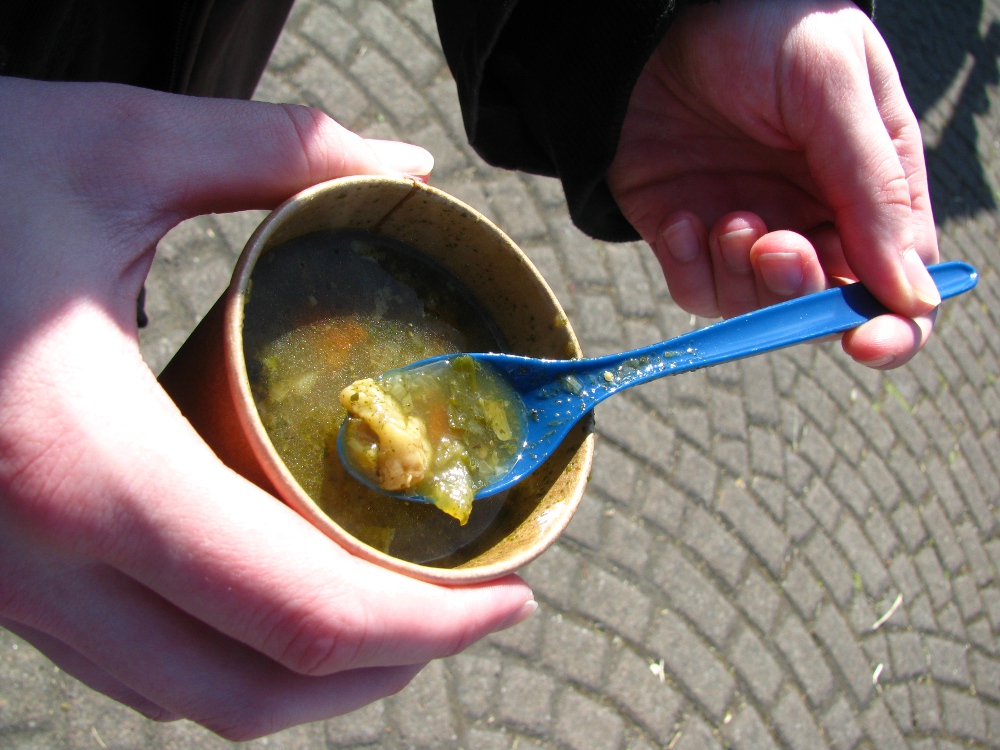 Soups of all kinds were a staple food in days of old, especially since ingredients such as salted meat and dry peas could be stored for a long time. This soup is from the Viking Festival though – alas, I devoured mine so fast this year I forgot to take a photo!

Although the name would have you believe it, no fireworks or other kind of actual explosions happen on this day. Instead you’re supposed to eat until you explode! The treat of the day is saltkjöt og baunir, yellow pea soup with salted meat. It can take hours to make which is why people nowadays rarely cook it on other times than the Sprengidagur. In the past however yellow pea soup with salted meat was quite an everyday dish.

The recipe for the pea soup may vary a little from family to family, but besides the peas and salted meat, potatoes, rutabaga and carrots are often added to the soup. Many other countries have similar types of soup for this day but whereas the typical pea soup has pork in it Icelanders use lamb instead. By the way, the Icelandic version of “Shave and a haircut, two bits” goes “Saltkjöt og baunir, túkall” (= salted meat and peas/beans, a two kronur coin). 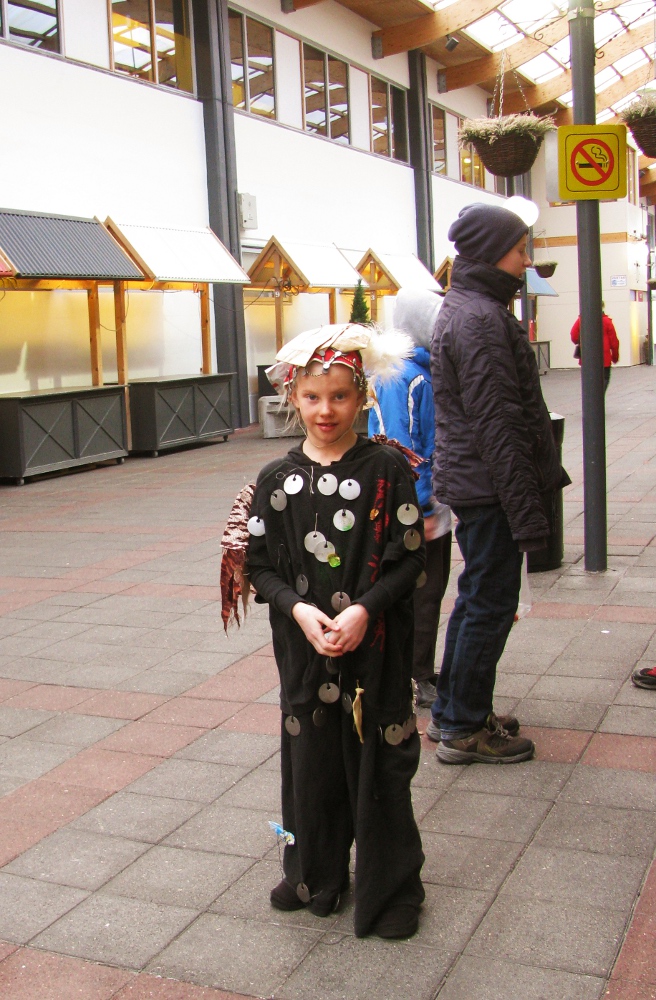 On a candy hunt at the shopping centre Mjódd. Sometimes parents tag along and may even help drive the children from place to place.

The most showy of all the days is the Icelandic Ash Wednesday. In the past people made small, decorated pouches for ash and tried to pin them onto each other’s coats but nowadays I haven’t seen anyone actually do it. Children still make the pouches though, you can see a few examples here.

Besides the ash pouches, Ash Day is a day for children to dress up in costumes! It’s a bit like Halloween, only the Icelandic version of it. Children will dress up and go from store to store singing songs and receiving candy from the shop owners. If you’re walking downtown or even in the suburbs you won’t miss the groups of children. The Icelandic flavour in this is that they indeed don’t make house calls – it’s businesses that they’re after.

It’s always a joyous occasion so naturally it makes the news. Here‘s a collection of the best costumes people have sent to Visir and here are the two daughters of Helgi Hjörvar, a politician, one dressed as Tauriel and the other one as Helgi himself. 😀 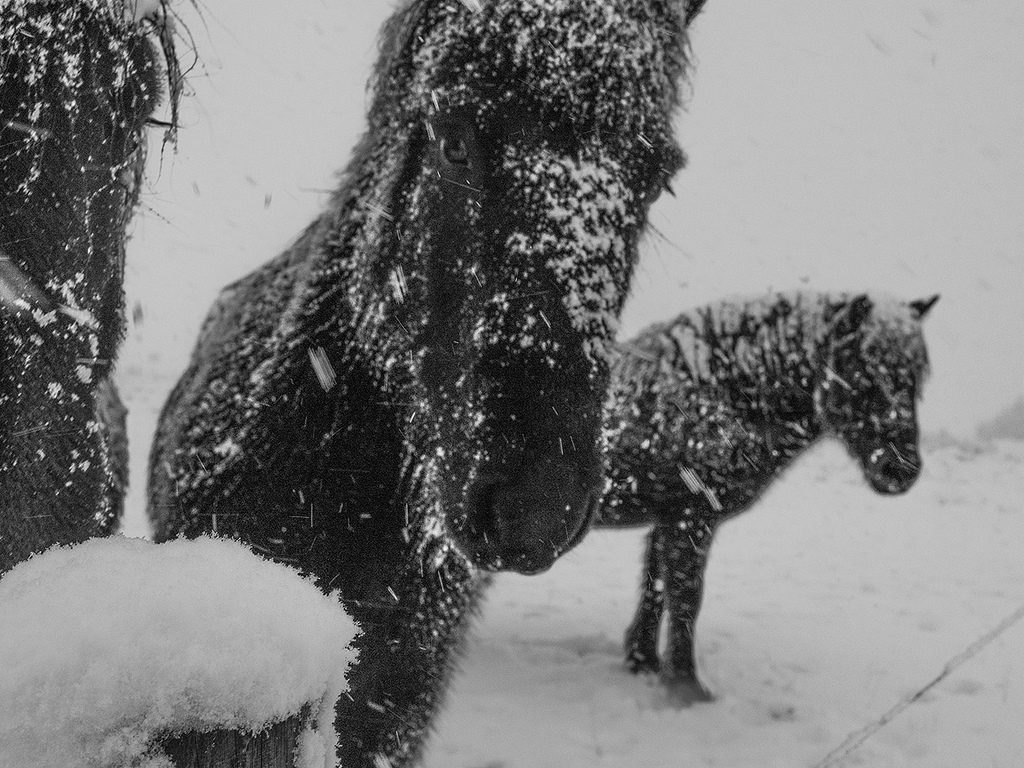 And now – the weather

This picture probably says it all, Iceland is dangerously windy in February. The jeep belongs to Björgunarsveitinn, the Icelandic voluntary rescue unit. Luckily no one was injured in the accident.

“They were called out on a matter caused by bad weather when the jeep literally blew off the road because of the strong winds that were around this area in the previous evening.”

I like using this sentence as a quick, bite-size Icelandic lecture on the word en: it usually translates as “but” but it can also be used in this way to link two sentences together, and is then usually translated as “because”.