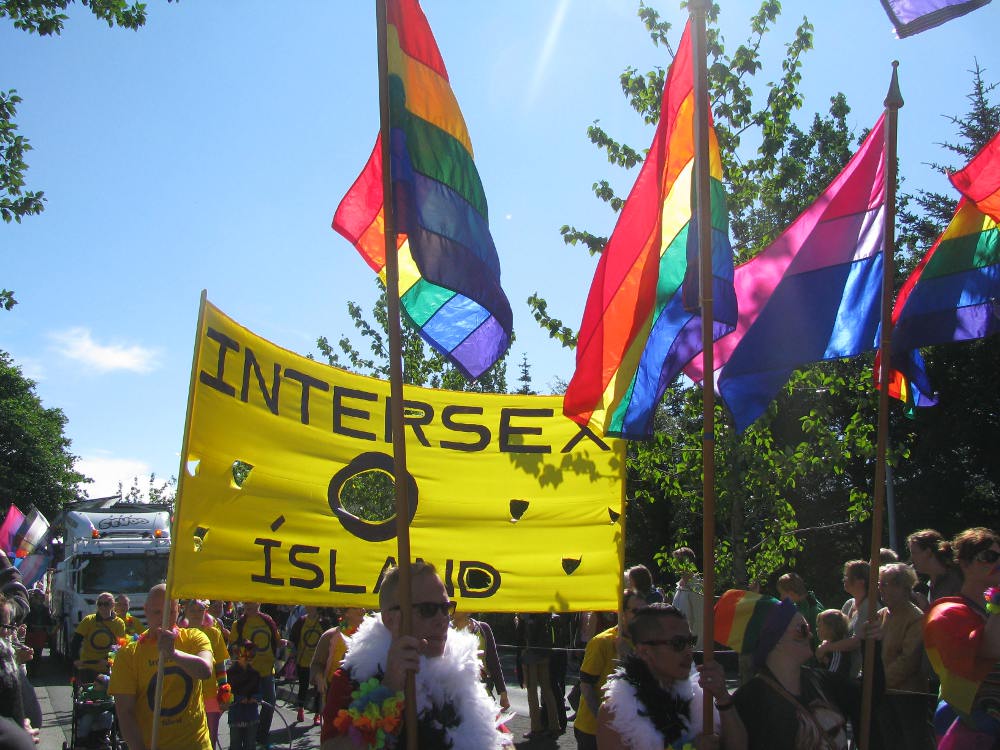 Icelandic grammar offers a gender neutral option for personal pronouns. Does that therefore mean that referring to non-binary people is easy and straight-forward?

Alas, no. Icelandic gender structure is very strict and merciless and the local non-binary folk have had to give this matter a great deal of thought. When the whole world of Icelandic language seems split into hann (M), hún (F) and það (N) it’s understandable if you’d think the neuter would work where the other two don’t, but that’s really not the case.

Being non-binary simply means you don’t fall under male or female gender exactly. A non-binary person may be intersex with no strong preference to either one gender, agender, genderfluid or one of many other possibilities (link). Non-binary people are rare but they do exist up here as well so on an occasion you may have to use some other pronoun than hann or hún.

The existing neuter pronoun is very deceiving because you see it sometimes used for humans. Neuter words such as barn, -ið (= child) and fólk, -ið (= people) would have a foreigner think that the use of það would be much more flexible than the it-pronoun of English. It’s partially true – certainly calling any person an “it” rings badly in English while Icelanders ok it for those aforementioned cases – but when it comes to individuals the pronoun það should only be used if the person requests it of you. Never, ever assume that it’s a safe pronoun because it’s actually everything but.

Referring to a singular person as það will definitely raise eyebrows. The meaning that you’re getting across by using it is that you’re diminishing the person in question into some kind of a lifeless object, an absolute non-person, quite on par with calling someone an “it”. Það only works with the few already neuter human-referring words. If it helps you can think of the word fólk referring to a group/a people (even though the group is obviously made of human beings).

The rule of using barn is very blurry. The general guideline is that much like fólk, börn, -in (= children) is often used for a group of them. Barn, -ið is typically used when you know a child is involved in some topic but you don’t actually know the child in question very well. When your friend has a baby you’d use barn at least until name-giving. When you’re talking of an associate’s child you’ll be using barn as well. When you know the child in question or have some kind of connection with said child you’re far more likely to use their name rather than barn. It’s never wrong to use the word barn, however, so the rule is more of a guideline than an actual rule.

Outside of the grammatical use of það one should never, ever treat it as if it were a safe non-gender noun. The plural forms þau / þau / þeim / þeirra are totally fine though. 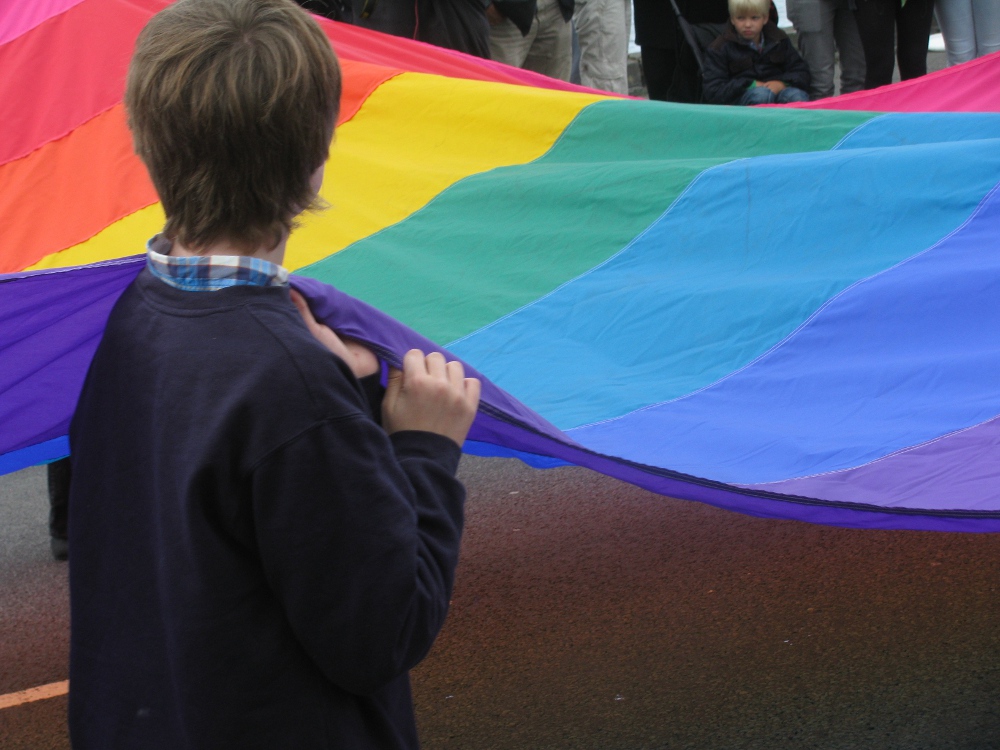 What to use instead?

With the lack of a suitable pronoun Icelanders had to come up with suggestions for a new one. The most popular ones are hán, hé and hín and they decline thus:

However, for Icelanders this is only the start of their troubles. When the grand majority of the language declines in genders, how will you ever add an adjective to a non-gender pronoun? The answer is not as simple as just using neuter forms because like mentioned, they may bring along the idea of a lifeless object, so the topic is still under discussion.

All languages change with time and the decisions regarding non-gender pronouns and how the language should work with them is best left for those that it touches the most. Meanwhile we just have to wait and see how this will affect Icelandic and follow the newest developments. For a language learner all you need to know is that if someone asks you to use a non-gender pronoun it’s within the most basic rules of politeness to do so. As for the rest of the language, try your best but don’t panic: any mistakes with adjectives are very likely forgiven on the spot. Icelandic learners confuse gender declension all the time anyway so unless you’re really making a point of being rude no offense is taken.

More about the topic in Icelandic 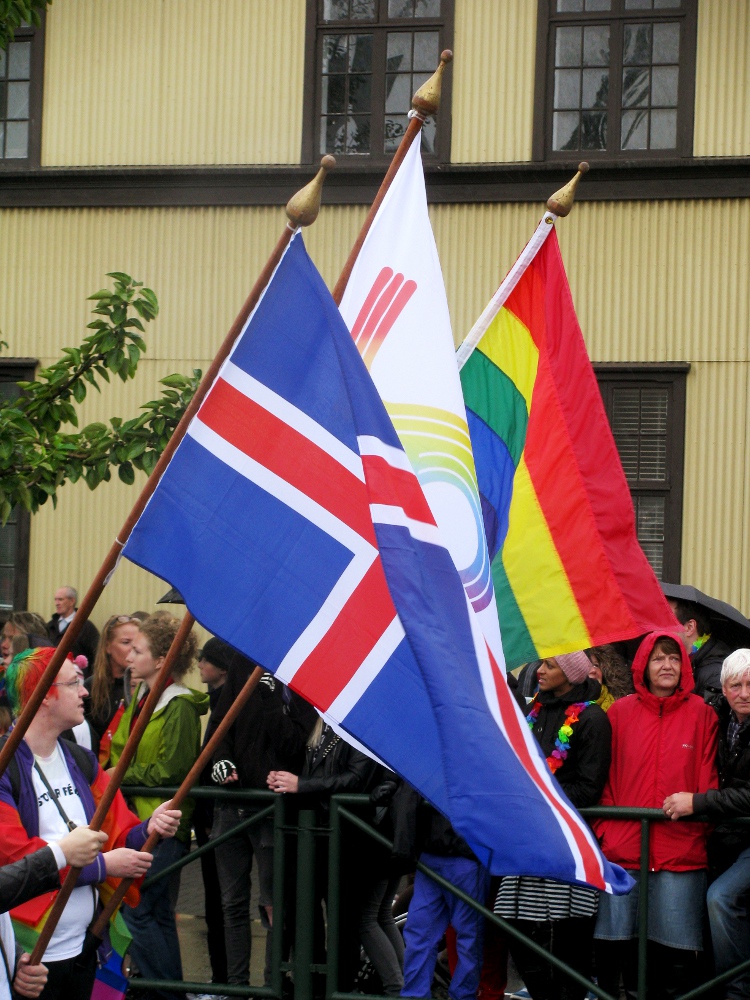