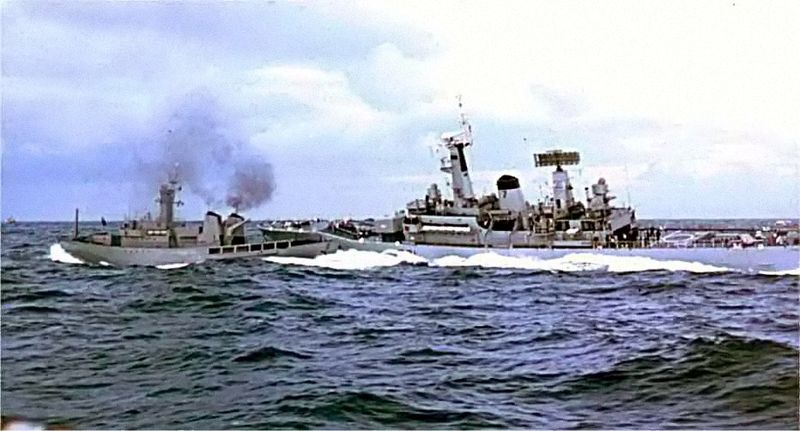 Did you hear about that time when Iceland, a country with no military, beat the British Royal Navy three times in a row with 7 small coast guard vessels? If you ever visit Iceland you probably will hear of it – the Cod Wars, as they’re called, are a source of national pride.

Like the name suggests it all began with the right of fishing near Iceland. The original source behind the wars was actually not Icelanders but the Danes, at a time when the invention of the steam engine made longer fishing trips a possibility and Denmark began to worry about the British fishing very close to Iceland. Denmark therefore declared a fishing limit of 50 nautical miles around Iceland and enforced this with their own navy, arresting and fining British fishing ships that entered the area. The UK never acknowledged this rule, but as the whole world soon plunged into the First World War matters were left to lie… for the time being. 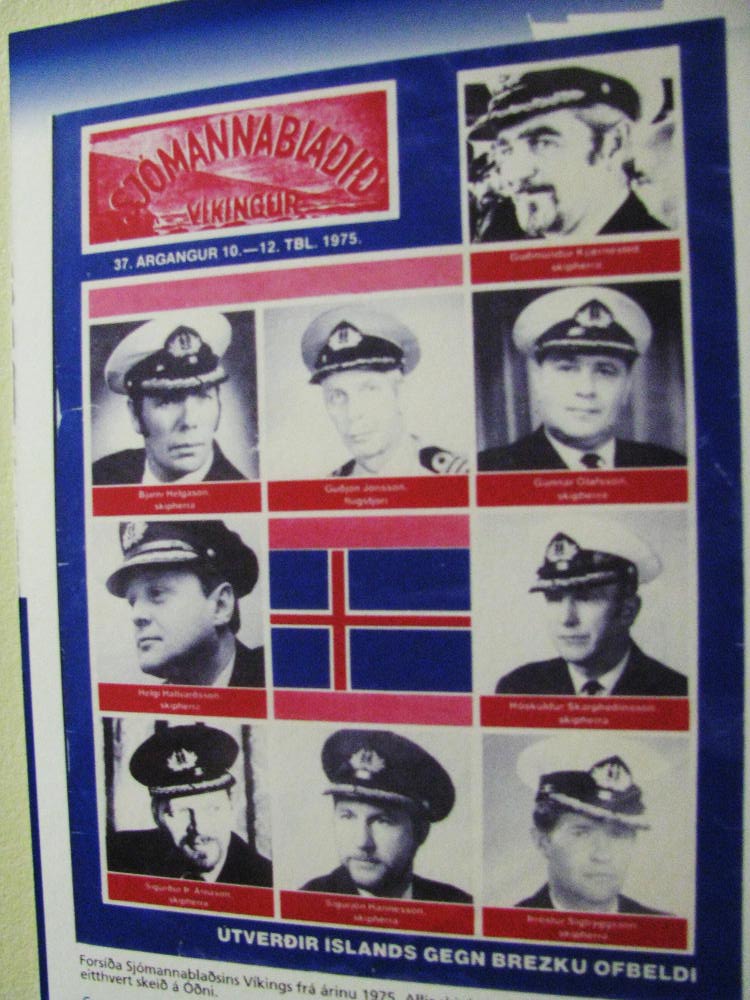 The sailors’ magazine Víkingur with a bit of war propaganda. The men pictured are “Iceland’s guardians against British violence”, according to the text.

Fast forward to the year 1958. Both World Wars now over, Iceland was an independent nation and fishing was still one of the major industries. The first Cod War started by Iceland declaring they were expanding their fishing waters from 4 to 12 nautical miles, to which the UK responded by sending 4 war ships to protect the British trawlers. Iceland sent their Coast Guard into action, all 7 vessels, and things heated up quickly with ships firing at and ramming each other until two months later the countries finally came to an agreement. 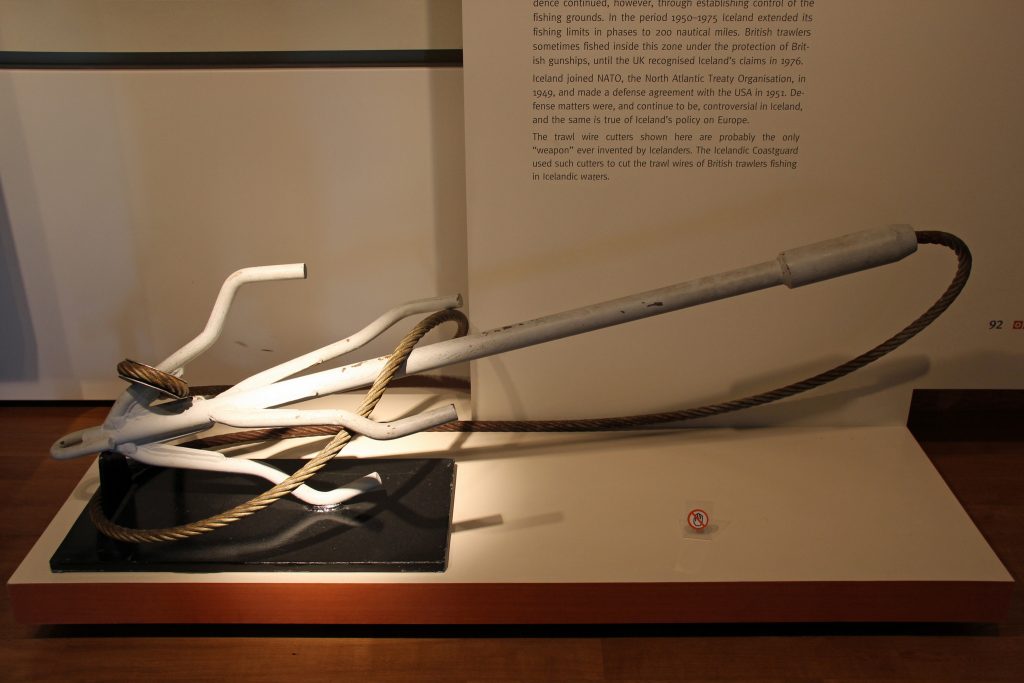 Memories of the cod wars by anne beaumont on Flickr.com. A net cutter.

Peace lasted until 1972 when Iceland again declared a new expansion to its area, now 50 nautical miles wide. History repeated itself: the British ships attempted to continue fishing with the help of the Royal Navy, but this time Icelanders did not stop at simply trying to shoo the British trawlers away – they employed net cutters with which they cut the nets off of the ships. A particularly amusing anecdote regards ICGV Ægir meeting a ship that, instead of giving their name, played Rule, Britannia! at them via the radio. One net cutting round later the ship finally identified itself as Peter Scott, besides some foul language and a fire axe thrown at Ægir.

Many collisions later this Cod War, too, came to an end in 1973, the reason behind the ending much the same as with the first one: it was simply too expensive for the UK to keep thousands of men and several large warships constantly in the Icelandic waters. Meanwhile Iceland faced no such expenses, having only a handful of small vessels and a couple of hundred men whose job was patrolling the coastal areas anyway. 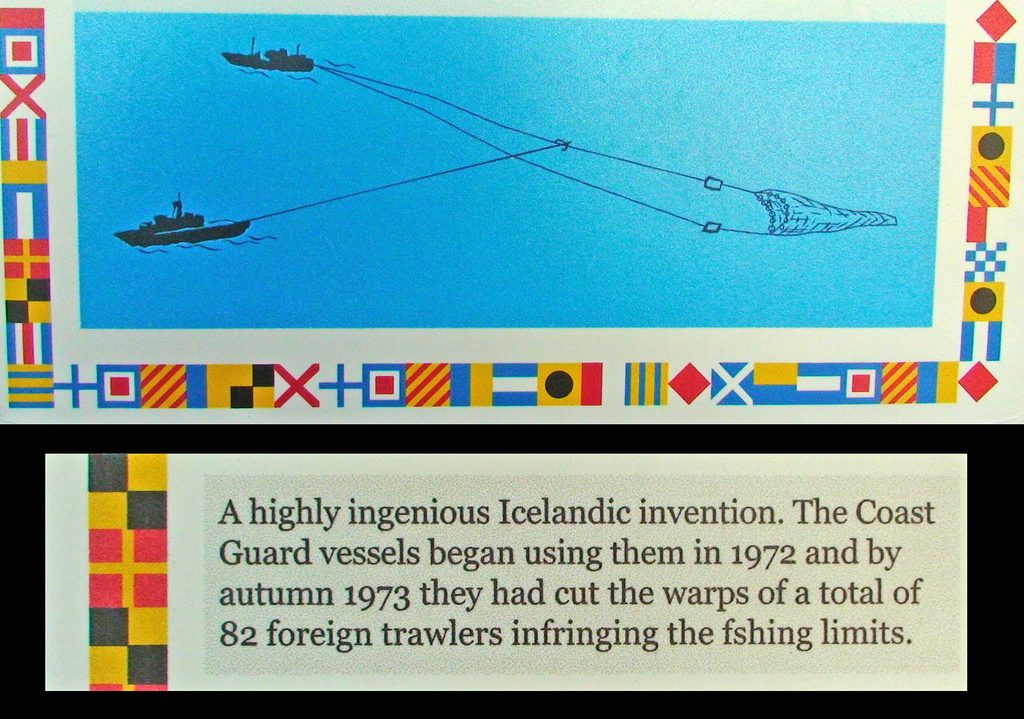 Cod wars by Luc Van Braekel at Flick.com. A net cutter in action.

The third Cod War followed at the heels of the second one, beginning in 1975 when Iceland decided to expand their fishing area to 200 nautical miles… and understandably the UK, once again, did not feel comfortable with the decision. The third Cod War proved the fiercest of all three, with more net cutting and more collisions and fights breaking out between ships. A particularly severe battle happened between V/s Þór and three British tugboats Lloydsman, Star Aquarius and Star Polaris, but to this day the accounts of who rammed whom and who did it first differ greatly: it’s certain though that the V/s Þór suffered damage and almost sunk, and that it fired a live round at Star Aquarius. 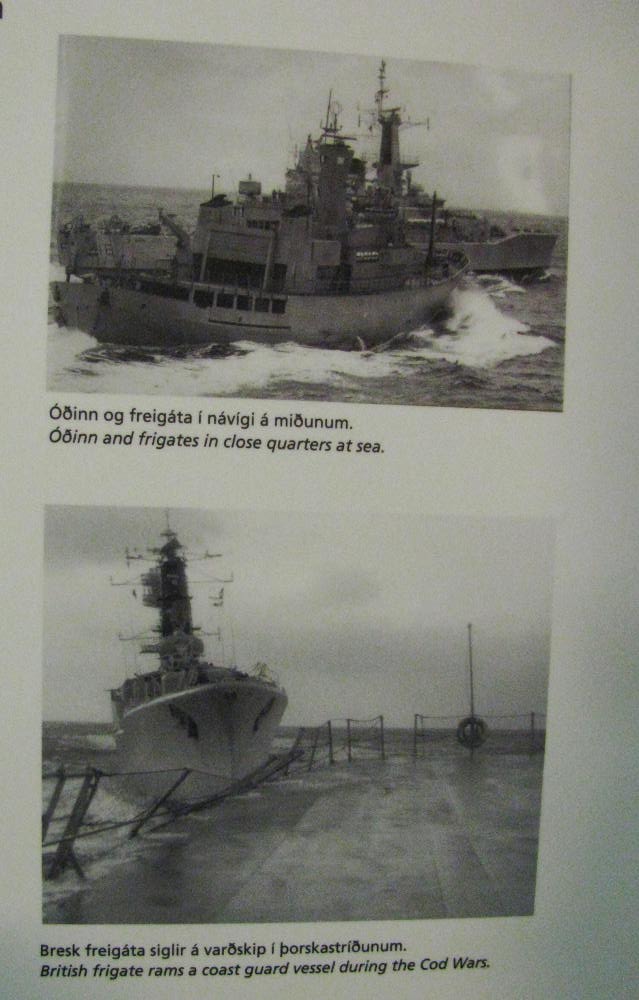 After this and another, similar occasion, the British side ordered its ships to a more careful approach, not least because fixing the ships after collisions was proving expensive – it would seem that the British ships actually suffered worse damage than the Icelandic ones. Things would probably have gone thus for longer had Iceland not threatened to close the NATO base at Keflavík, at which a deal was again reached and the British ships agreed to stay out of the Icelandic area.

Despite everything all three of the Cod Wars ended in total only two casualties. One Icelandic engineer died while making hull repairs during the second one and one British sailor was injured when his trawler’s nets were cut off and he was hit by a hawser during the third. Some would add though that among the real casualties of these wars were actually the British fishermen who lost their livelihoods and the north fishing industry that suffered heavy damage as a direct result of the wars. 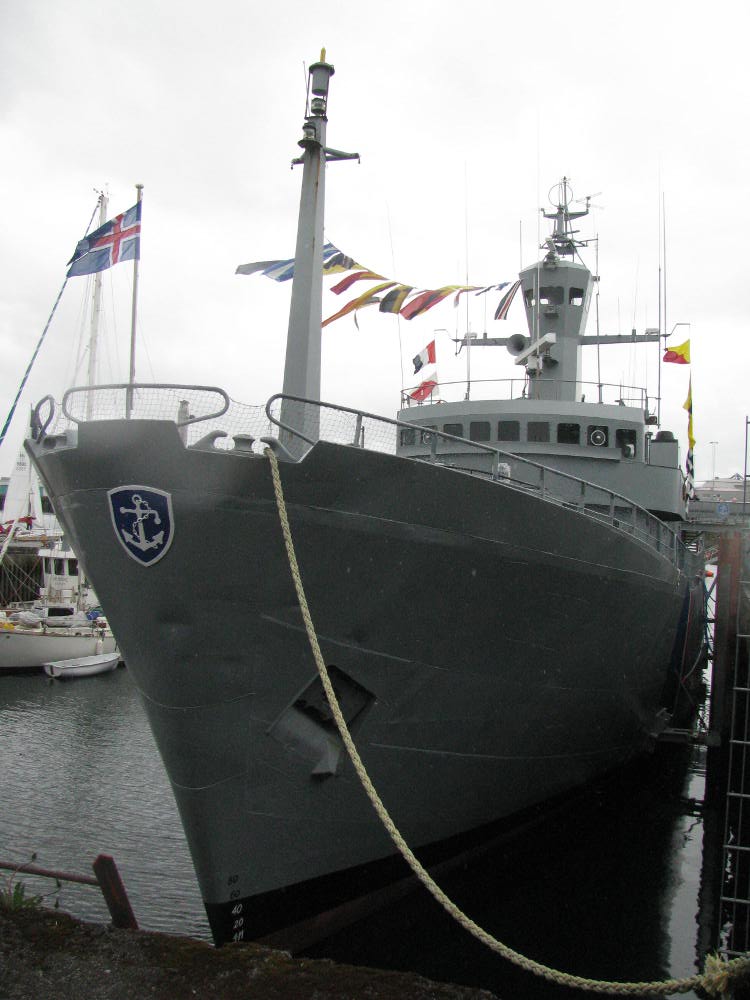 Today all that remains is V/s Óðinn, a former coast guard ship turned museum, parked next to the Marine Museum at Grandagarður, Reykjavík. It’s quite an experience to visit and well worth the price of the ticket in my opinion, and it has specialties such as a presidential suite to look at. I warmly recommend it if you ever happen by, and should you be here during the annual fishermen’s day you’ll get in for free! 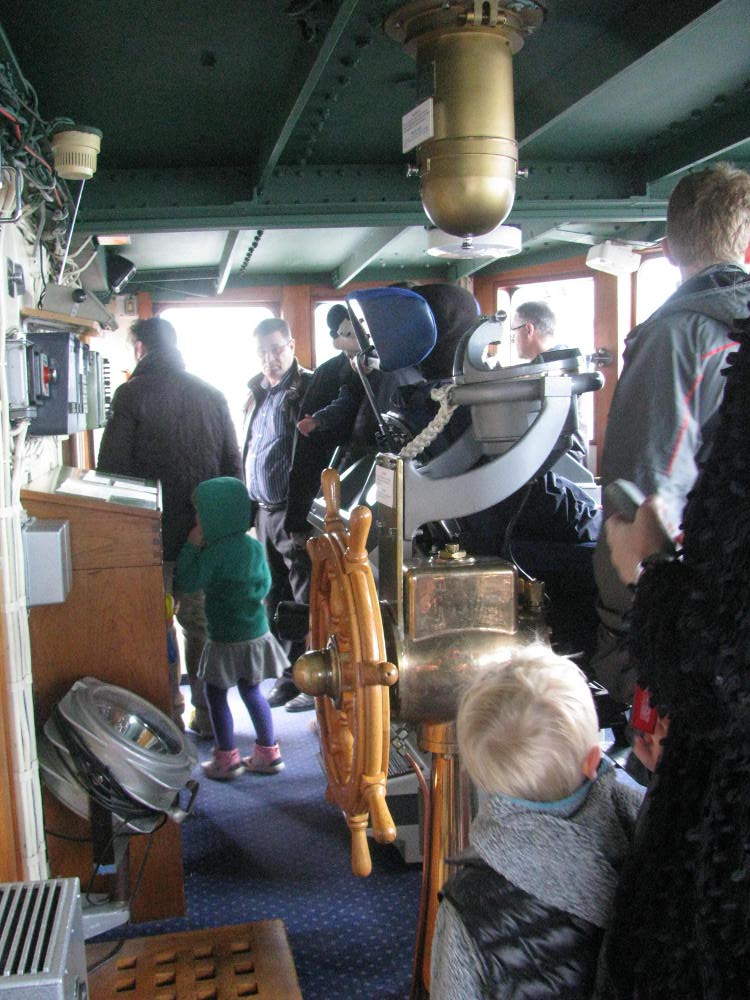 It might be a bit crowded on Sjómannadagurinn though! 😀