Iceland’s PM blackmailed Posted by hulda on Jun 4, 2015 in Uncategorized 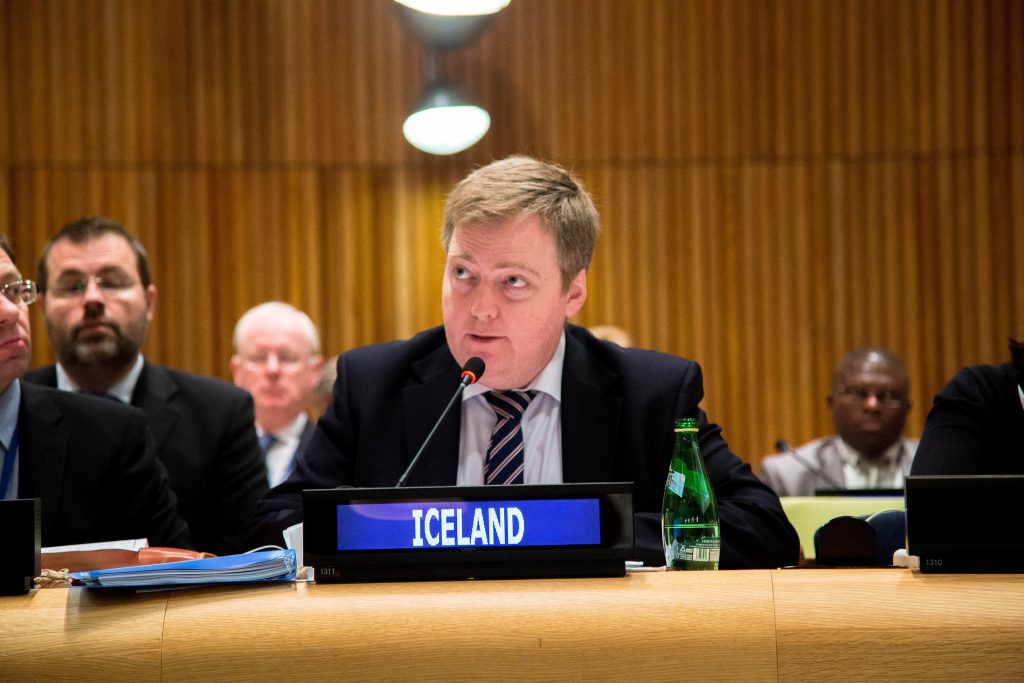 Icelandic PM addressing the event by Control Arms on Flickr.com

The scandal of this week has been all about the prime minister Sigmundur Davíd Gunnlaugsson and two sisters, Malín Brand and Hlín Einarsdóttir, who attempted to blackmail him worth 8.000.000ISK (that’s about 55.000E). That on its own is interesting enough, especially for a country as small and peaceful as Iceland, but wait – it gets even more interesting with all the details added in the puzzle and I promise, you didn’t know just how small Iceland can be  before you have the full picture.

Last Friday a letter arrived to Sigmundur Davíd, informing him that if he didn’t want the sender to go public with the information they supposedly had he would bring the money to place X. However, instead of contacting the bank Sigmundur called the police, and the whole thing began to unravel as the two sisters were arrested on a lava field near Hafnafjörður where they had gone to pick up the money on the same day.

The two journalists – Malín works for Morgunblaðið while Hlín used to work as the editor for Bleikt.is – believed they had proof that the prime minister secured a bank loan for another politician of the Progressive Party, Björn Ingi Hrafnsson, which he then used to buy the newspaper DV in 2013. They viewed the value of their silence to 8 million which, to be fair, is a good sum of money. Definitely more than the mere 700.000ISK they apparently managed to blackmail out of their suspected previous victim.

Wait – what was that? Indeed, since the matter became public another possible victim has stepped into public and has now filed charges against the two. According to his story he had consensual sex with Hlín this April and was then threatened by Malín with a rape claim if he didn’t pay. Fearing that the sisters would not stop at that he wanted some proof of that they would not try to squeeze him further for money, at which, he says, Malín wrote him a receipt.

Wait – what was that? According to the hitherto unnamed man Malín wrote him a receipt for having paid, using her workplace’s paper (marked Morgunblaðið) and even signing it with her name… Should the receipt exist this case may be harder to deny than her involvement in the matter of blackmailing the prime minister, in which Malín says she’s been wrongfully accused.

“The core of the matter is that I got mixed in a scenario that I did not plan and neither am linked to in any way besides family ties.”

As for whether the accusations against the prime minister are true everything remains to be seen. It’s been speculated that the buying DV must have been quite costly, but to this day Björn Ingi has not agreed to explain where the money came from. Both Sigmundur Davíd and Björn Ingi naturally deny everything they’re being accused of, Björn Ingi adding that he’s grief-stricken over the matter and why wouldn’t he be, after all Hlín is his former girlfriend.

Wait, what was that? Hlín and Björn Ingi were in a relationship from 2011 to 2014, and Bleikt.is is a sub-website to Pressan.is that’s owned by… surprise surprise… Björn Ingi! 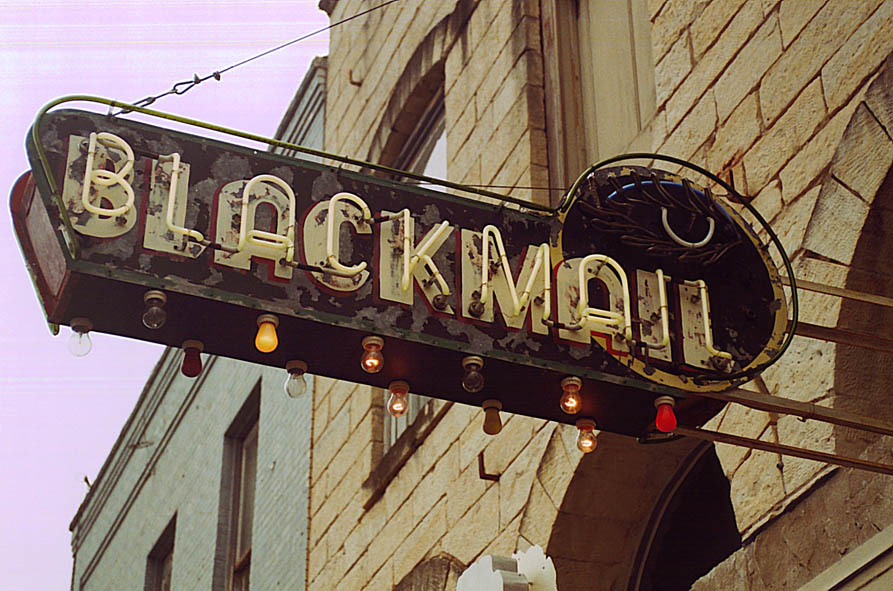 More news about this matter

Journalists and sisters arrested on suspicion of trying to blackmail the Icelandic prime minister. Link.

Serious allegations made against prime minister in blackmail scheme. Link.

Systirin opnar sig: „Allt í einu er mannorðið bara farið af því að maður blandaðist inn í vitleysu“ (The sister opens up: “All of a sudden my reputation is just gone for getting mixed up in the matter.”) Link.