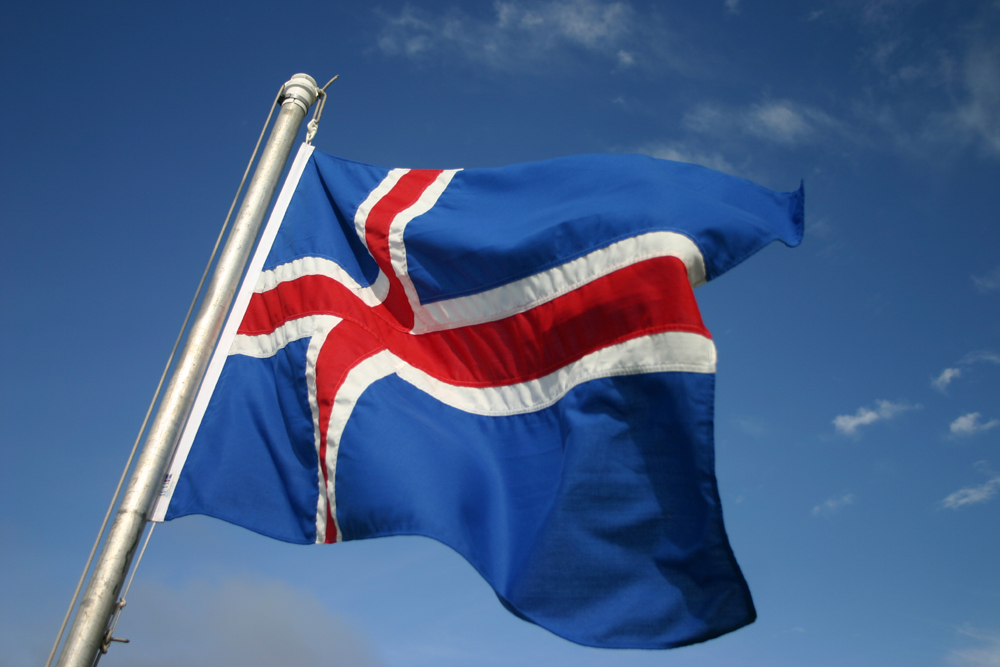 Iceland flag by biologyfishman at Flickr.com

…or as we say it in Icelandic, hæ hó jibbi jei! Anyone who’s been in the country for the past week has no doubt both seen this line and heard the song it’s from (link) countless times because yesterday was Iceland’s National Day and Sautjándi Júní is actually far more popular song for the day then the real national anthem (link). Let’s look at some photos from yesterday! 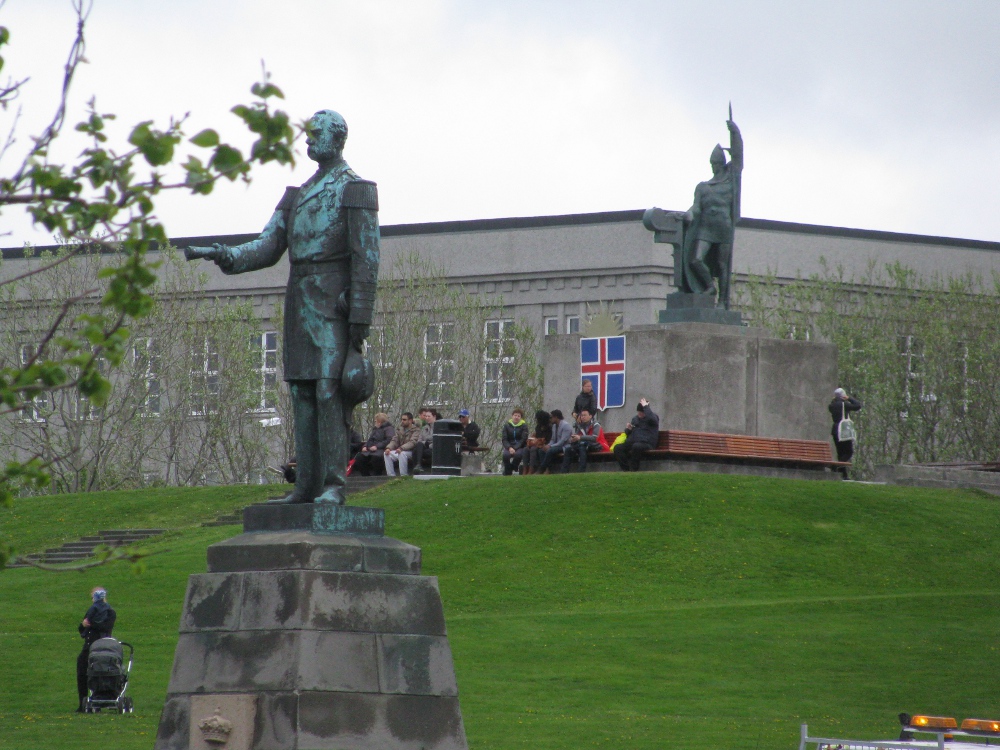 This is still early – by the end of the day the whole hillside was one thick crowd of people. In the front of the picture is the statue of Christian IX of Denmark handing Iceland constitution. Behind him stands Ingólfur Arnarson, the first permanent Norse settler of Iceland and the man who gave Reykjavík its name. He doesn’t usually have the flag shied on his platform, that’s strictly a National Day addition. 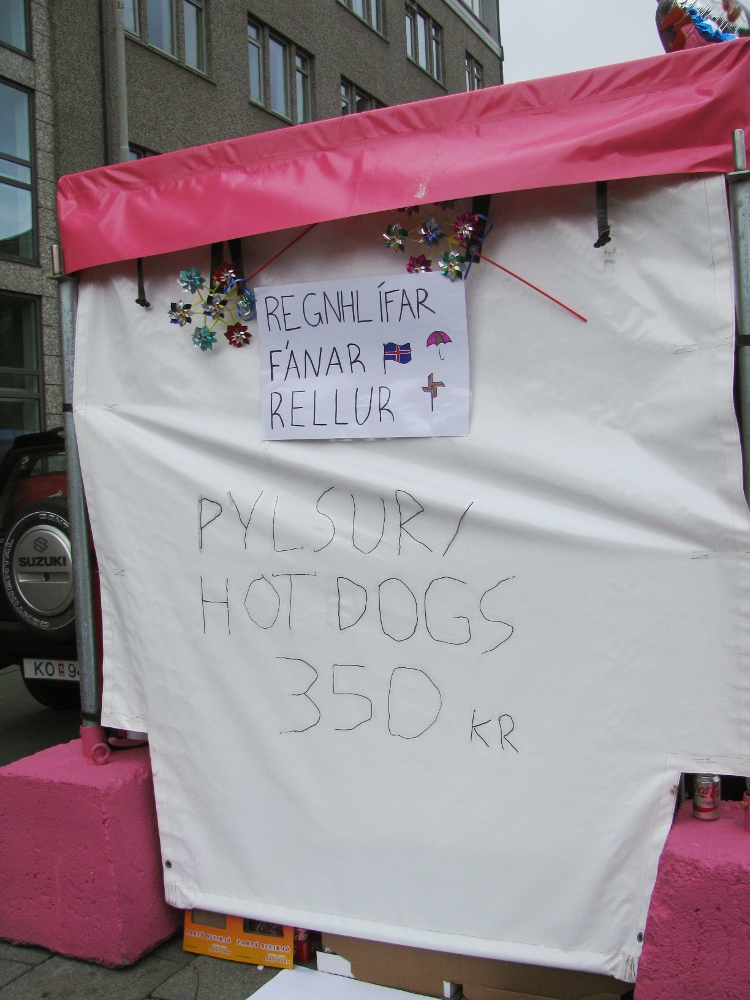 Everything you could need for the National Day: regnhlífar (= umbrellas), fánar (= flags), rellur (= pinwheels) and pylsur (=hot dogs, like it says). Rain, patriotism, wind and so much exercise that you’ll need food sooner or later, that’s the National Day in a nutshell! 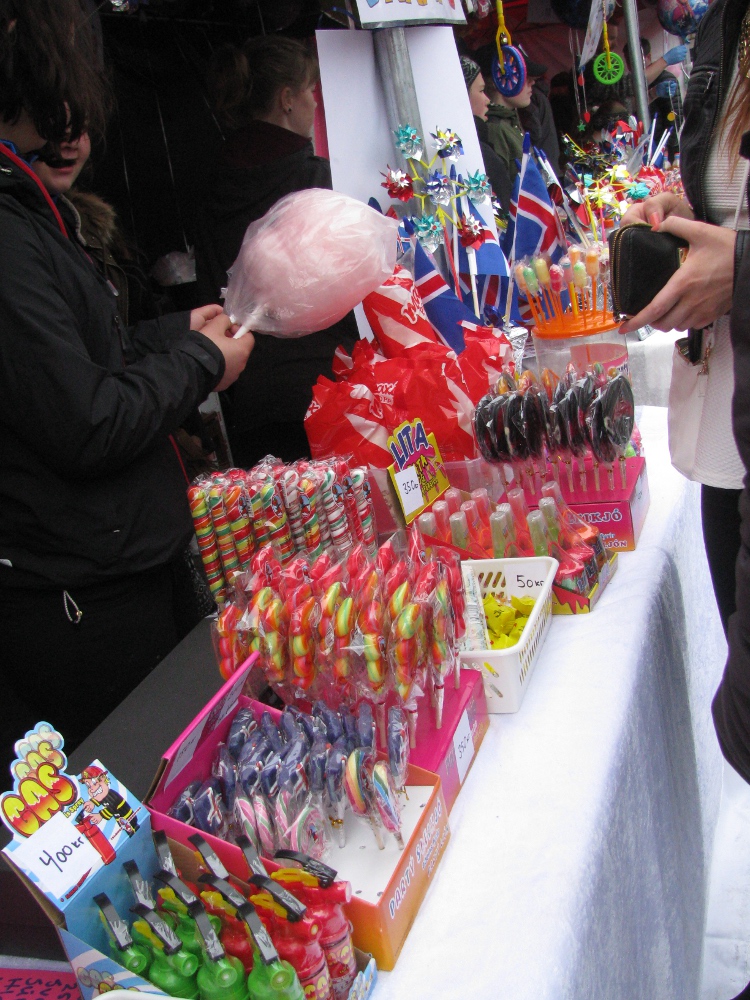 You can also opt for just eating so much sugar it takes you through the day. Many parents take this option with their children and for once it’s just fine, the whole downtown is closed for traffic and full of bouncy castles and other ways of spending all that extra energy. 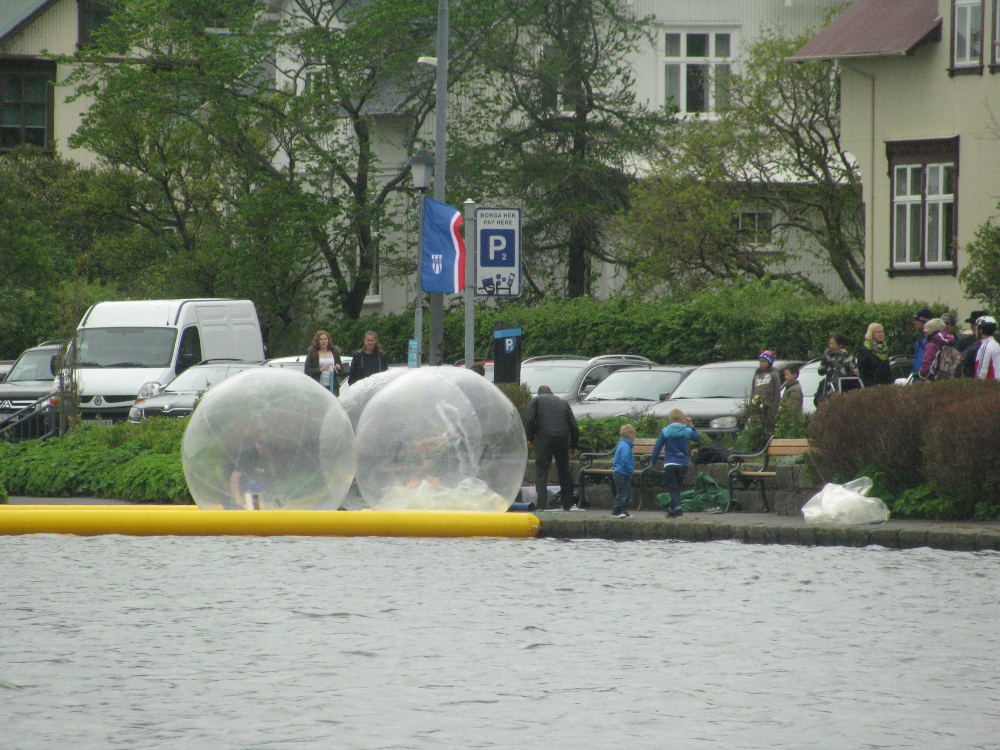 Here’s one example. These… things have become massively popular lately, especially with children. You prop you kid inside one of those and send them rolling on Tjörnin for a while, seems to be great time. 😀 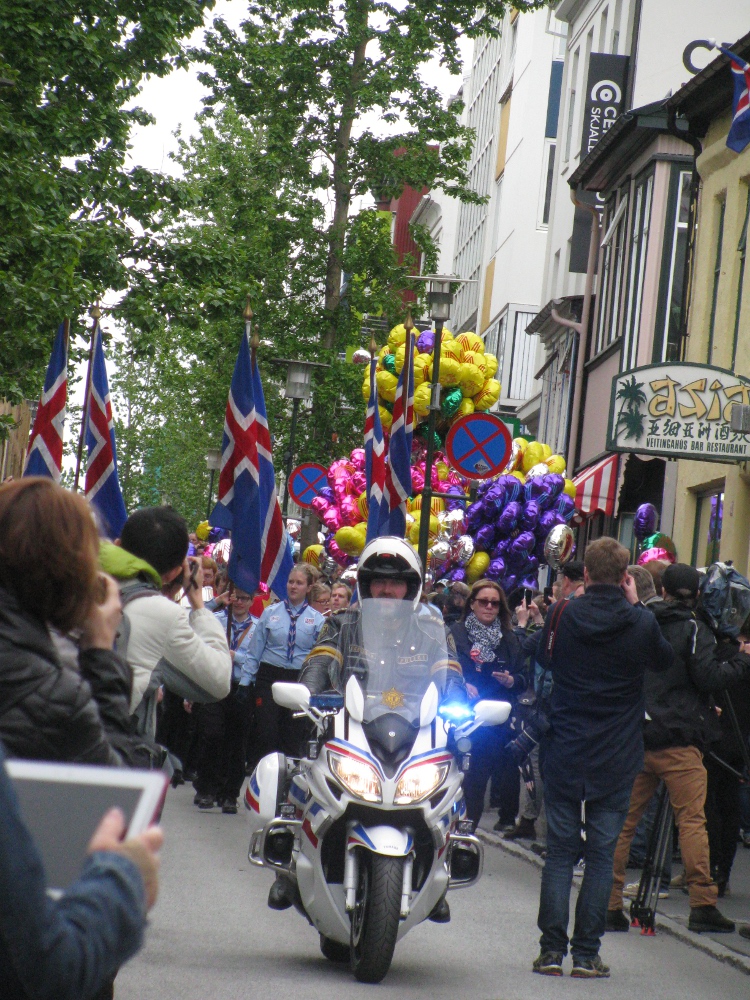 Here’s my own favourite part of the day – the parade! Of course when I say parade I mean a group of people moving towards the same direction with more people joining in as the line moves down Laugavegur from Hlemmur to Lækjargata. It tends to float along a few marching bands, street artists, occasionally protesters (none this year, they were already busily protesting by the house of the parliament I think) and of course lots and lots of Icelanders. And balloons. More and more balloons the nearer the parade gets downtown. The reason is that there are companies that like to hand out balloons for free, and though I’m already 36 I may have one as well… I love balloons! 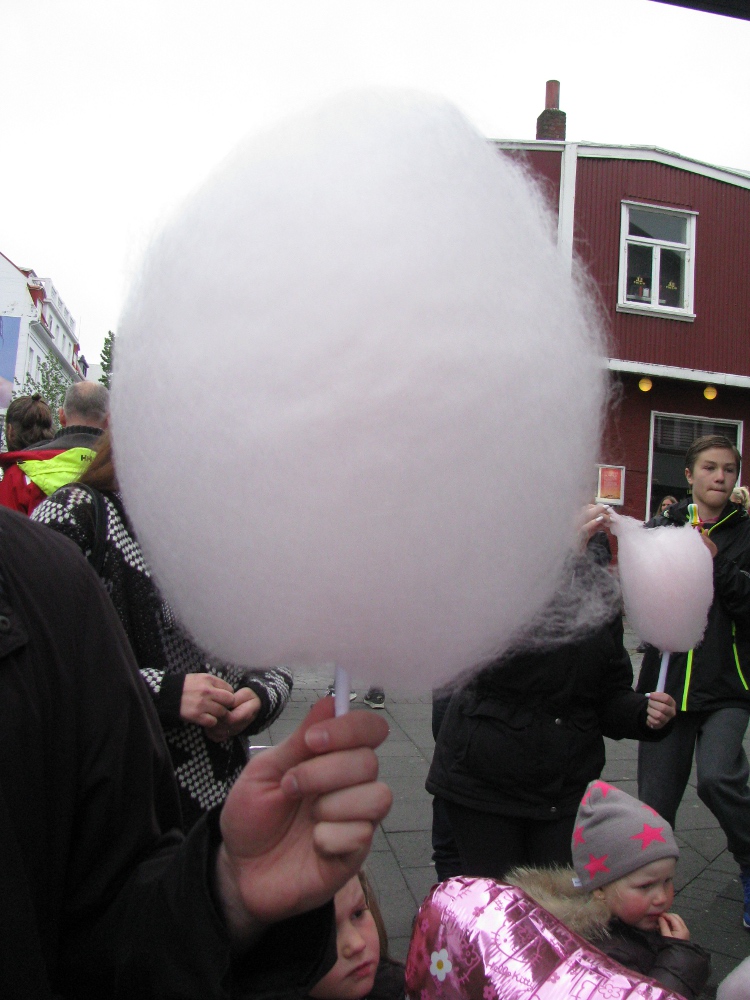 Another thing that I love, cotton candy. On the National Day cotton candy stands are absolutely everywhere and the smell of sugar was driving me crazy until I finally caved in and got myself some. It’s a skill to eat it in the windy weather… a skill I’ve yet to master. Everything was sticky. My hands, my camera, my face, my clothes, my hair. 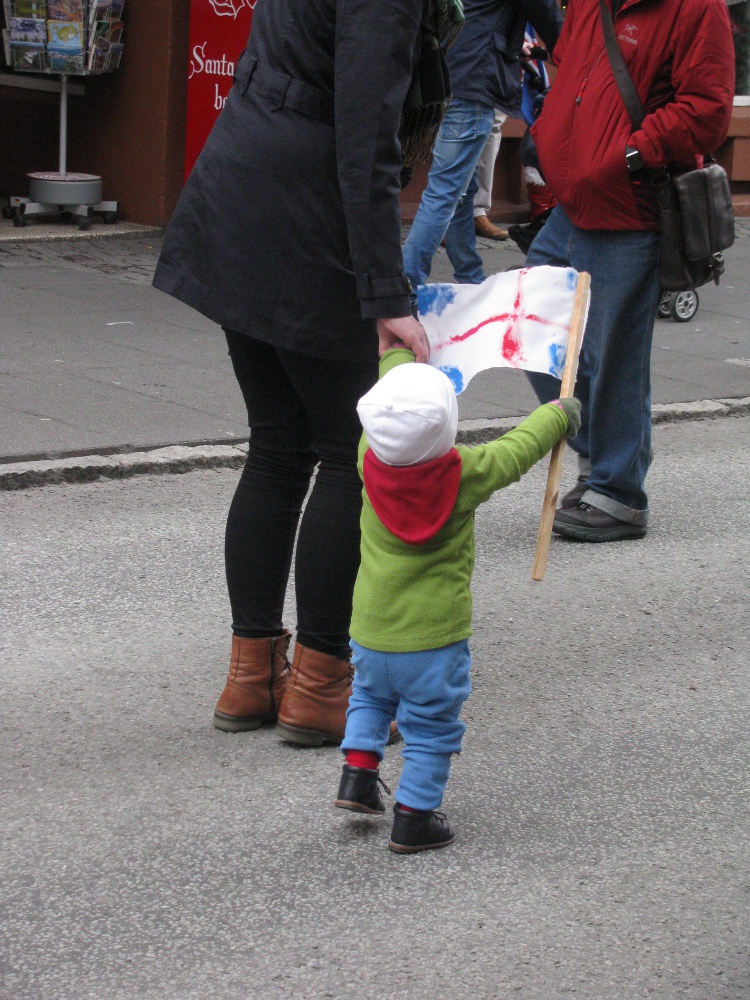 As you may have noticed the National Day is a very child oriented occasion here. There’s all kind of activities for the little ones, rest assured it’s almost impossible for them to be bored! 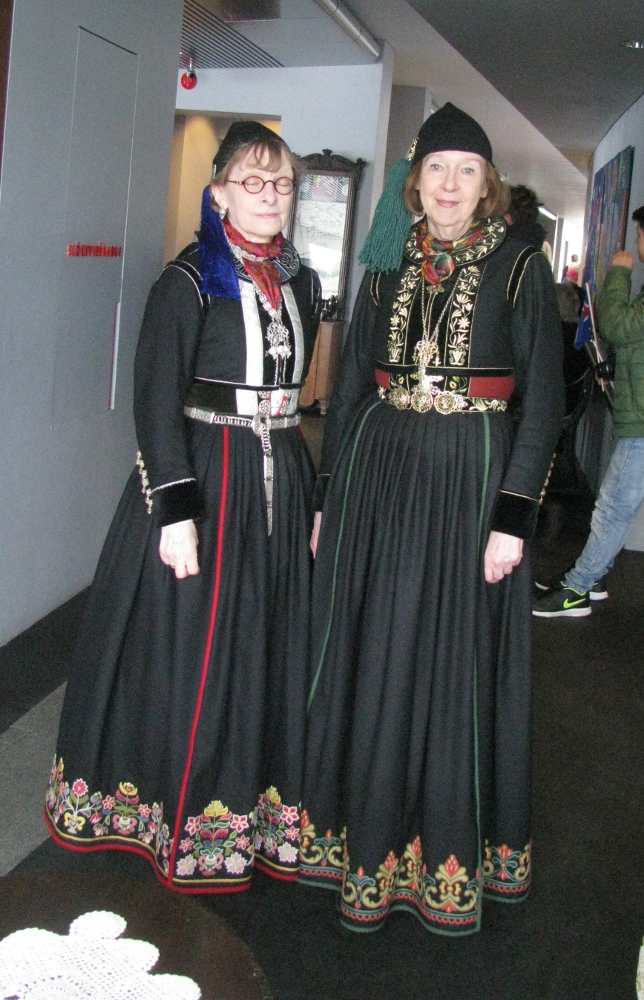 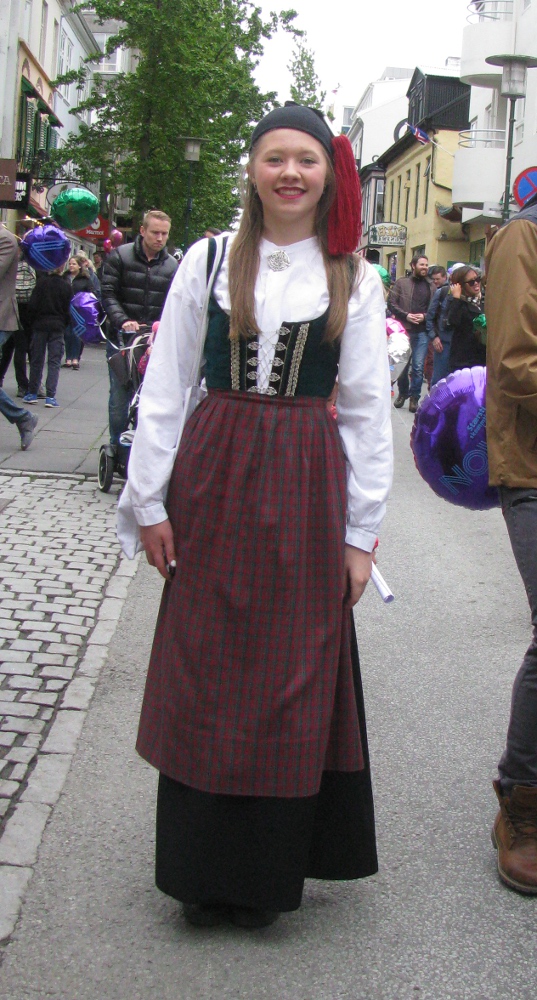 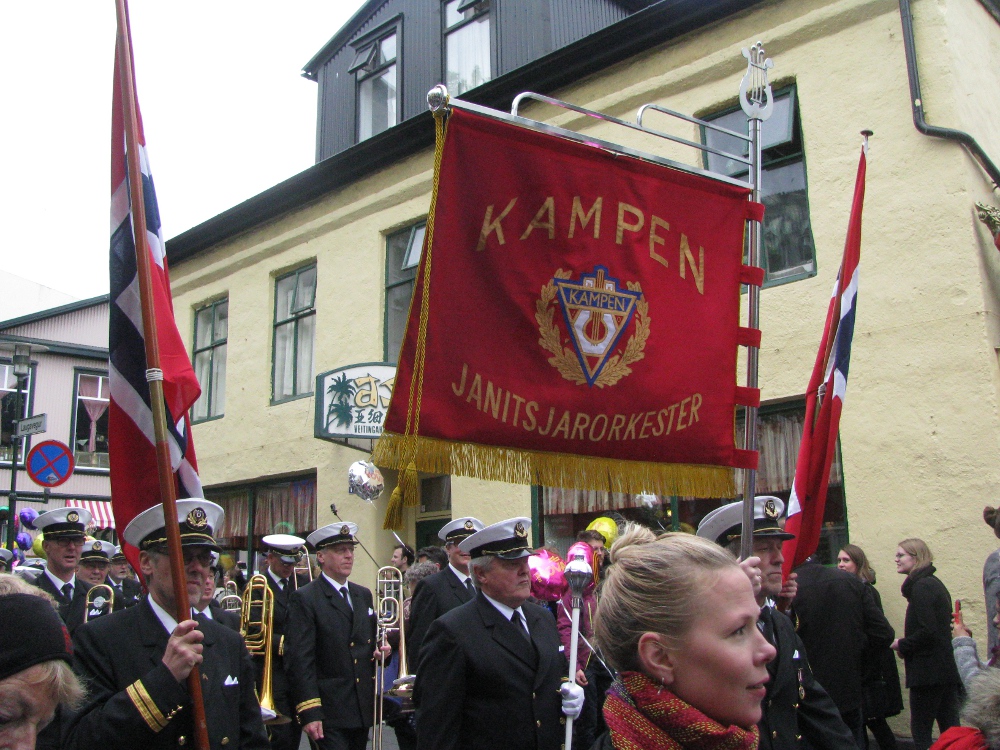 Oooh visitors from the east! This is still from the parade by the way.

And what would the Norwegians serenade us with? Well – Sit on My Face by Monty Python, apparently. 😀 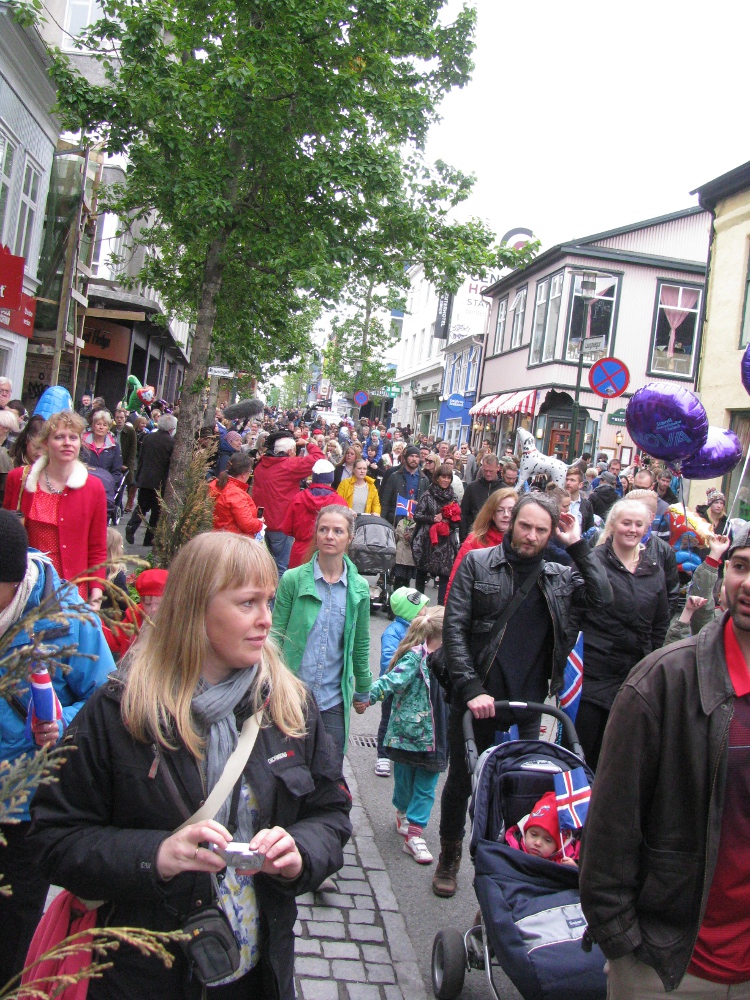 Still the parade. It picks up so much people and the street itself is so narrow that it always ends up taking a very long time just to pass through. 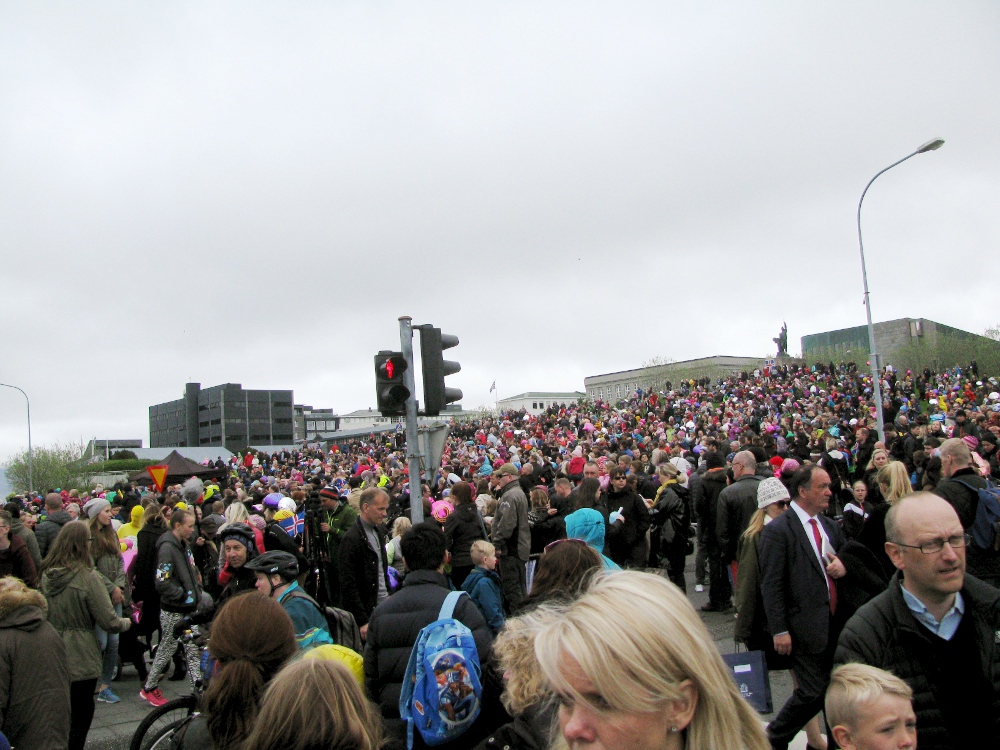 Remember that picture of king Christian IX and Ingólfur I posted earlier? Same hill one hour later. There’s a large stage to the left of the picture and also a First Aid + Missing Children point (this year’s casualties were one missing child and one injury that needed a plaster).

All in all the National Day is always a great experience. I warmly recommend it if you happen to be around on the 17th, don’t miss the party (and the free balloons)… hæ hó jibbi jei og jibbi jei, það er kominn sautjándi Júní!