When women are men and men women. Posted by hulda on Oct 8, 2015 in Icelandic grammar 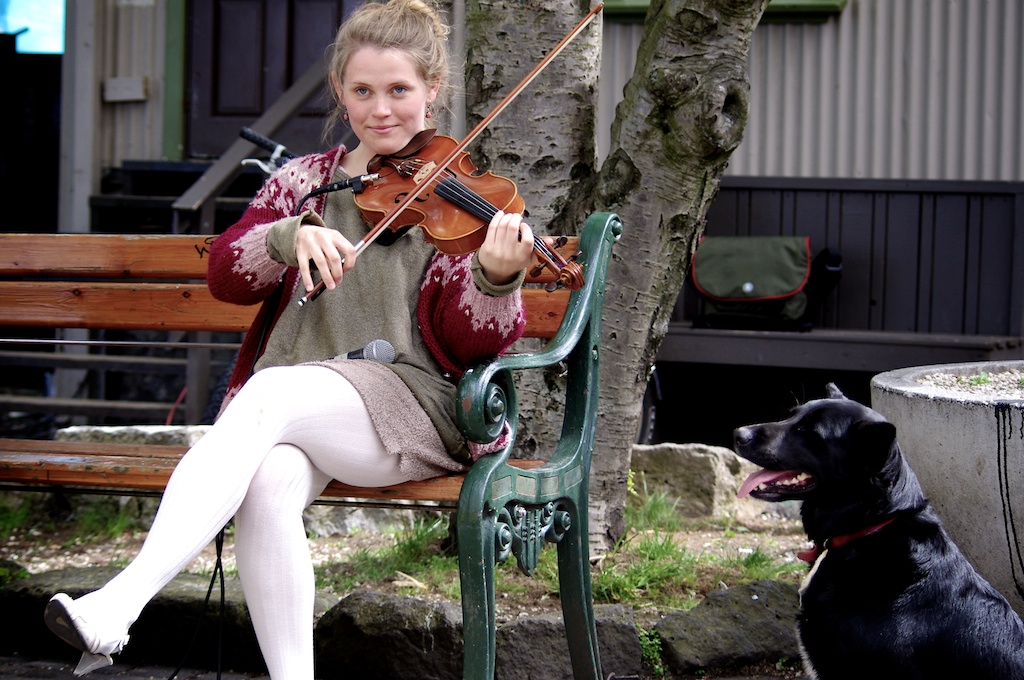 A girl and a dog on a street in Reykjavik by Johannes Martin at Flickr.

Recently I found a question about feminine nouns in Icelandic: the person asking had found many masculine and neuter nouns that could apply to either gender, but no feminine ones that would have worked for non-females. Do they even exist?

The short answer would be yes, they do exist and there’s plenty of them! The long answer would be that you have to divide the answer in two parts. On one hand you can never trust the grammatical gender of Icelandic to say anything about physical gender, which is just as true about feminine nouns as it is about neuter and masculine ones. On the other hand a large group of nouns can actually be considered sexist as they very specifically refer to one gender, to a point where they cannot be used for the other at all without sounding weird. Like all languages, Icelandic has always changed to reflect the needs of each era, so terms originating long time ago mirror what the society was like back then and may not even fit today’s language using needs anymore. Many of these archaic ones still hang around but new terms have most likely already come in their place. 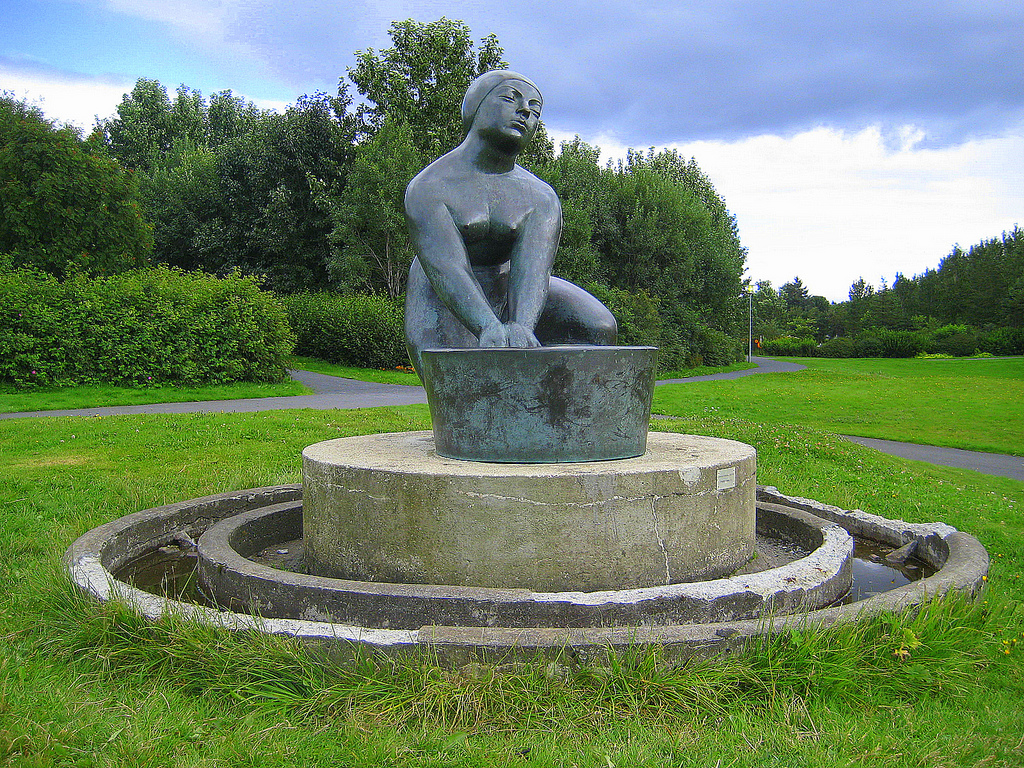 The Washer Women by Helgi Halldórsson at Flickr. A profession that’s long since died out, all thanks to washing machines making life so much easier.

There are plenty of examples of this: any professional term ending -stjóri (= leader, M), -maður (= man, M), -kona (= woman, F) or -freyja (= Freyja, F) might very likely be stemming from a time when such profession was considered one gender only. Flugfreyja (= stewardess, lit. transl. flight-Freyja) is a good example, because to begin with the profession was considered a very feminine one. No male person could ever be referred to as a freyja of any type, so they needed a term of their own – flugþjónn (= flight servant). Another, similar term is húsfreyja (= housewife, lit. transl. house-Freyja). Hjúkrunarkona (= nurse) is already beginning to sound a bit archaic and also cannot be applied to male nurses, so because the -woman ending cannot be easily changed to -man other words that go for everyone have taken its place, such as hjúkrunarfræðingur, which is actually a masculine word. Or hjúkka, a shorter version that applies to both male and female nurses as well, and coincidentally is feminine!

As a slightly different example the word maður/menn can mean just human, very much like the way the word “man” works in English. Does this mean that words referring to humans in general are masculine in Icelandic? Far from it. Manneskja (= human) is feminine, as is persóna (= a person), but both can be used to describe all people, exactly like maður. Some nouns do make a difference according to which gender you’re talking about, such as kærasti (M) vs. kærasta (F) (= darling), and you can’t really mix them when you’re talking about your SO. Worry not though: there are also words elska (= dear) and ást (= beloved), which can be applied to anyone regardless of gender although they’re feminine by grammatical gender. 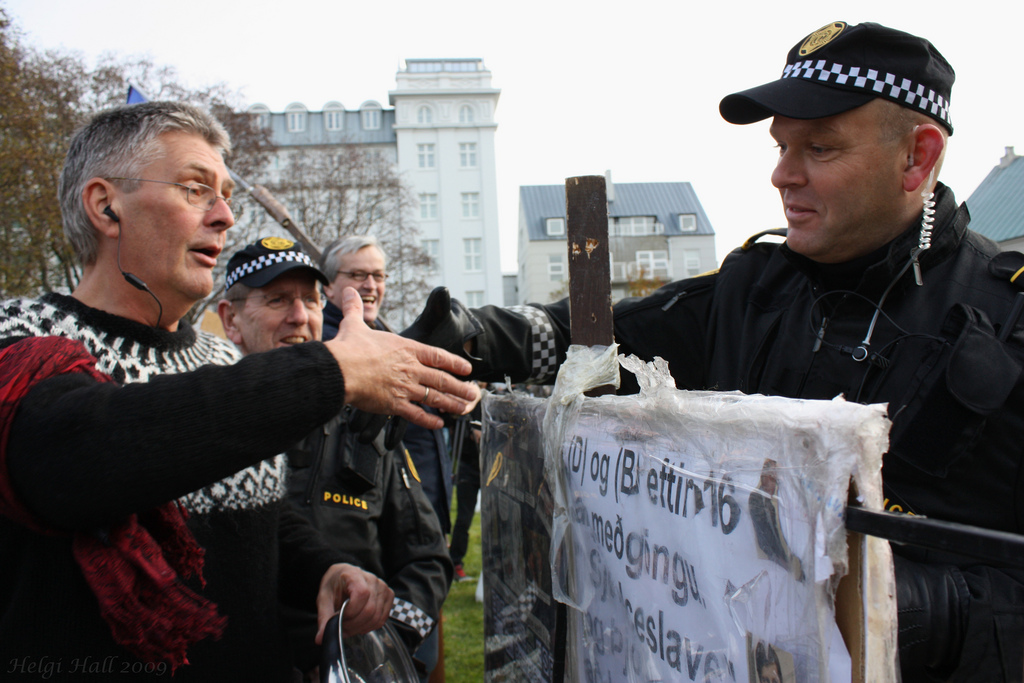 Indeed, in Icelandic the gender of a noun does not always say anything at all. In most cases the grammatical gender comes with no backthought about which actual gender it should refer to. Hestur (= horse, M) may be a masculine word but mares are just as hestur as stallions. Barn/börn (= child/children, N) can be girls or boys. Fjölskylda (= family, F) includes male, female and possible non-binary family members all in one group. Lögga (= police, F) are actually more often men than women, but when you refer to löggan as a collective you’ll even use the feminine pronoun hún, such as in this tweet. To take this to an extreme, hetja (= hero) is also a feminine noun and has always been so, even in times when heroes vere only considered to be male.

The feminine grammatical gender is indeed varied in usage and actually quite a common feature in Icelandic. It might make reading Icelandic occasionally confusing when the obvoiusly male hero of a story is suddenly referred to with feminine pronouns, or more accurately the noun hetja is being referred to. Likewise by reading the news a foreigner might easily get the idea that the police of Iceland would have some kind of a female majority when the opposite is actually more accurate. The best advice I can therefore give is to never, ever take a gendered pronoun or adjective to mean that the recipient is of the same gender: Gunnar, Skarphéðinn og Njáll eru sögulegar hetjur (= G, S and N are historical heroes) and though all three are male the adjective describing them comes in feminine gender, but not because there were any doubt of these men’s gender – no, it’s just the feminine word hetja hijacking the adjective for itself. 😀 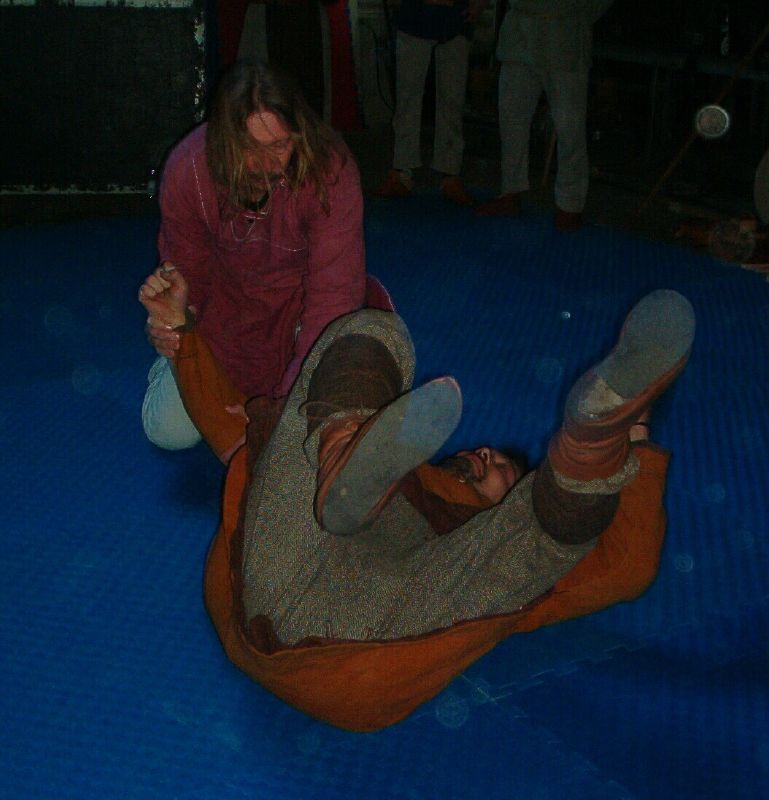