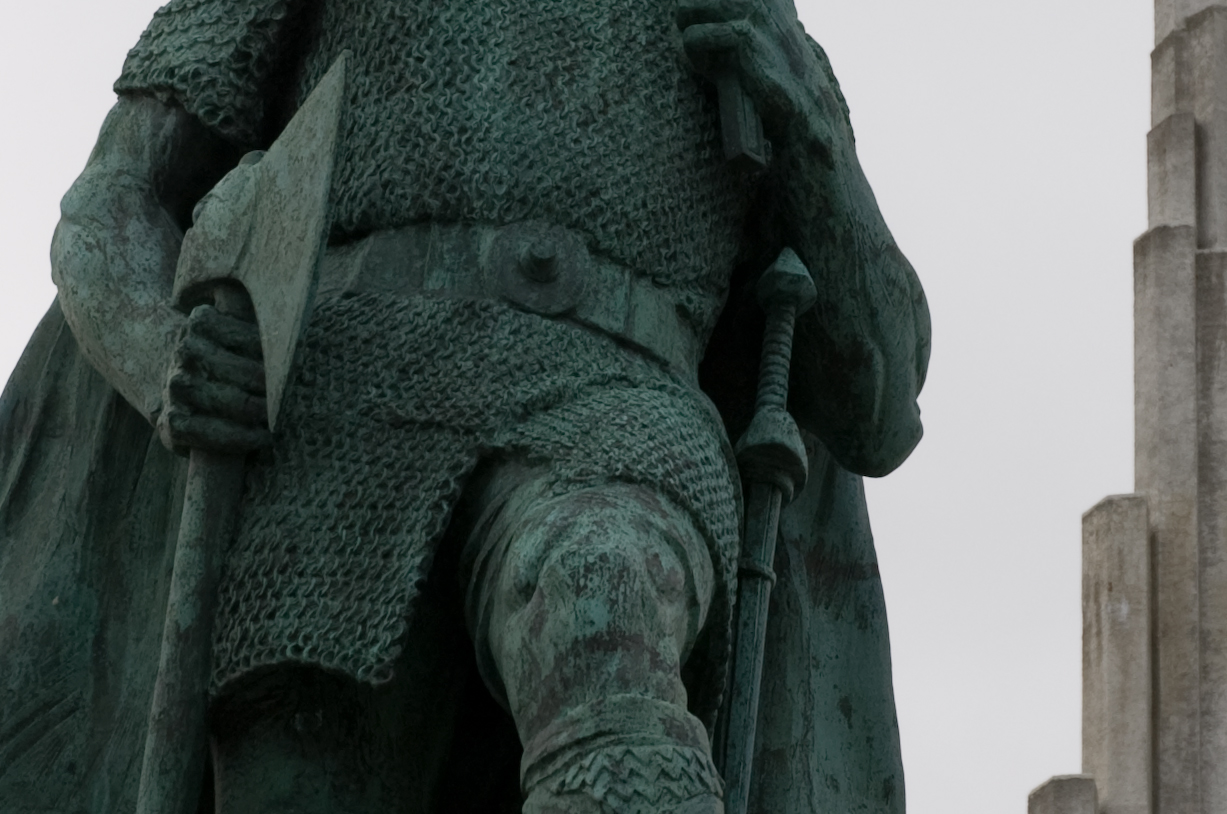 The president of the United States has recently insulted the whole nation of Iceland, at least if going by the public outcry. His offence? He recently referred to Leifur Eiríksson, also known as Leif Eriksson in the English-speaking world, as a Norwegian.

Leifur was born to an Icelandic mother in Iceland and grew up here; it’s true that his father Eiríkur rauði, or Erik the red as he’s better known, was Norwegian but due to some unfortunate murdering and becoming an outlaw he had to leave country long before Leifur was born. Later in life Leifur too moved out of Iceland, first to a settlement in Greenland, continuing westwards from there to “finding” America, although even the sagas that tell of his travels to Vínland note there already were people living there so definitely Leifur was not the first person to find the new continent. He might regardless have been the first European to do so. 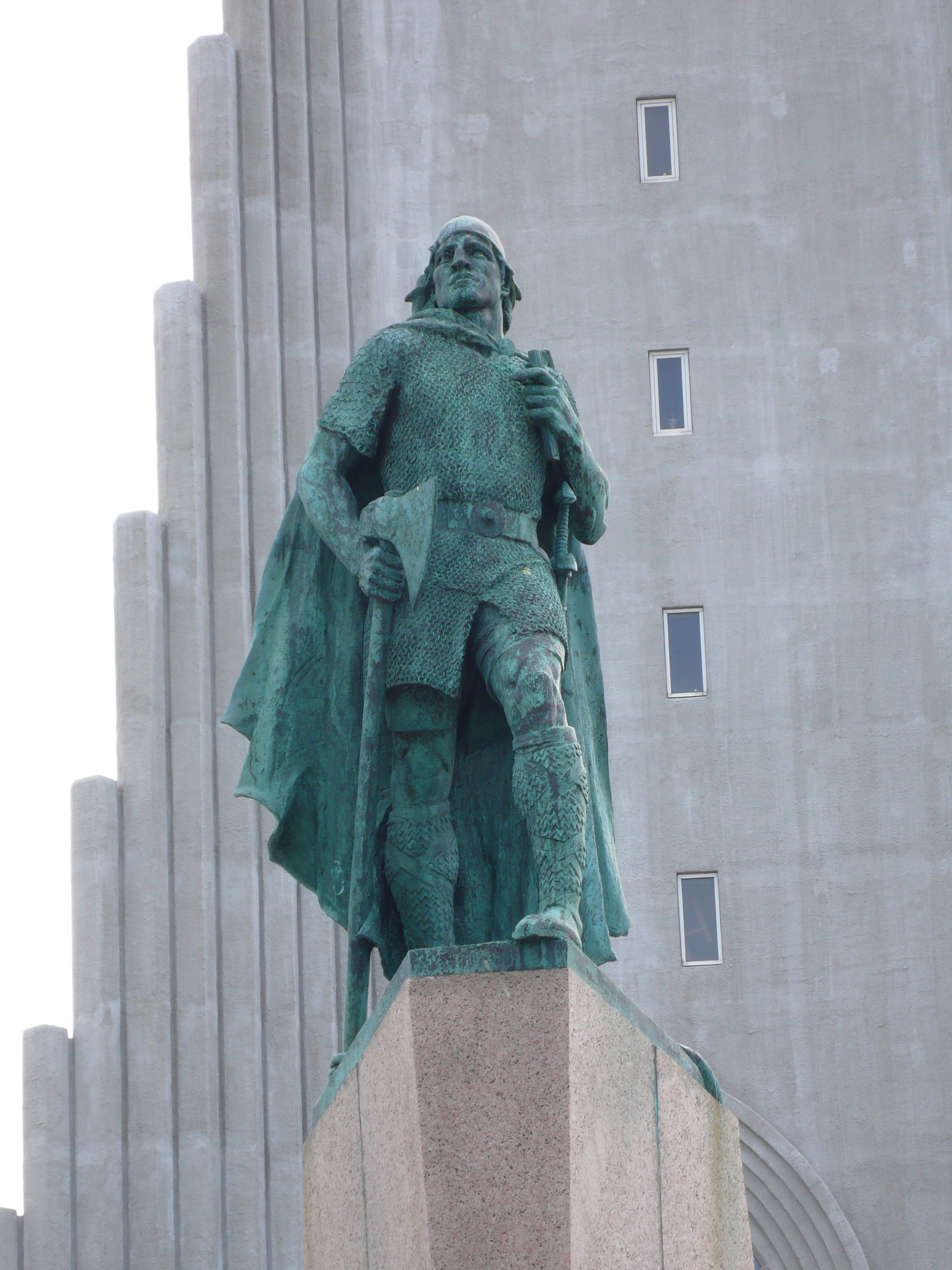 There’s some discussion on whether Leifur would have identified himself as Norwegian just the same because of his ancestry, but this is unlikely. Going by every saga reference I can think of people did not think of their ethnicity in the same way it’s thought of presently, as a sum of ancestor roots. Rather people identified so specifically by their own area that Leifur would likely have named his own village as his original home, not Iceland and even less likely a faraway land he only saw when he was already an adult. Sagas such as Gunnlaugs saga Ormstungu also make a clear difference between Norwegians and Icelanders, and make a point of only referring to a man as a Norwegian if his present home was there (if he was visiting Iceland he was still a Norwegian, if he moved to Iceland he would be known by the specific area he lived in in Iceland). 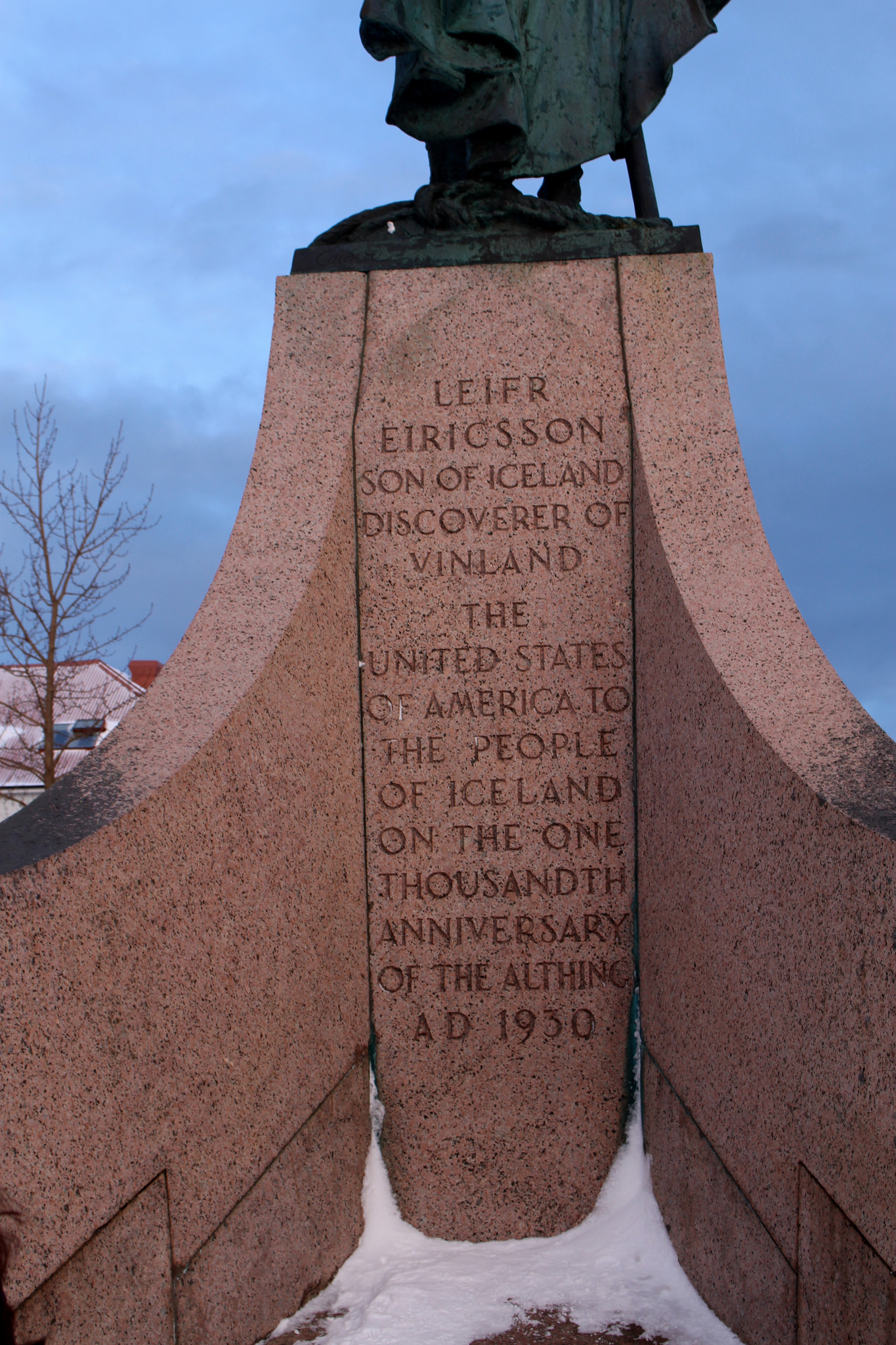 To say that Icelanders are proud of him is an understatement, just look at the huge statue of him standing proudly in front of the other well-known landmark of Reykjavík, the Hallgrímskirkja. Did you know though that that statue is actually by an American artist, Alexander Stirling Calder? It was a gift from the USA to Iceland in 1930, a year that marked the 1000th anniversary of Alþing in Iceland. More importantly the foot of the statue bears the text “Leifr Eiricsson, son of Iceland, Discoverer of Vínland”, which has been seen as USA acknowledging the fact that he’s Icelandic and not Norwegian. This did not stop the local people from using the backside of the statue as a urinal though, resulting in guards being placed all around the statue (electric current was also suggested); to this day no other statue has ever had guard protection!

The statue did cause other kinds of scandals as well. For example its current location was not selected by Icelanders but the people presenting the gift, who insisted it had to be put where it is so that it would “crown Reykjavík”, a notion many Icelanders thought quite rude. People were also worried because there were other plans for the hill, namely a large church that was not yet built there. Eventually a compromise was found and the statue was put to the front side of the hill instead of the middle, and although that meant destroying the School Cairn, the old landmark of Reykjavík (the road leading to Leifur’s statue is still called Skólavörðustígur, School Cairn Street) this at least allowed enough space for the church… that was to be Hallgrímskirkja. Still, Leifur was there first!

And he was definitely Icelandic. 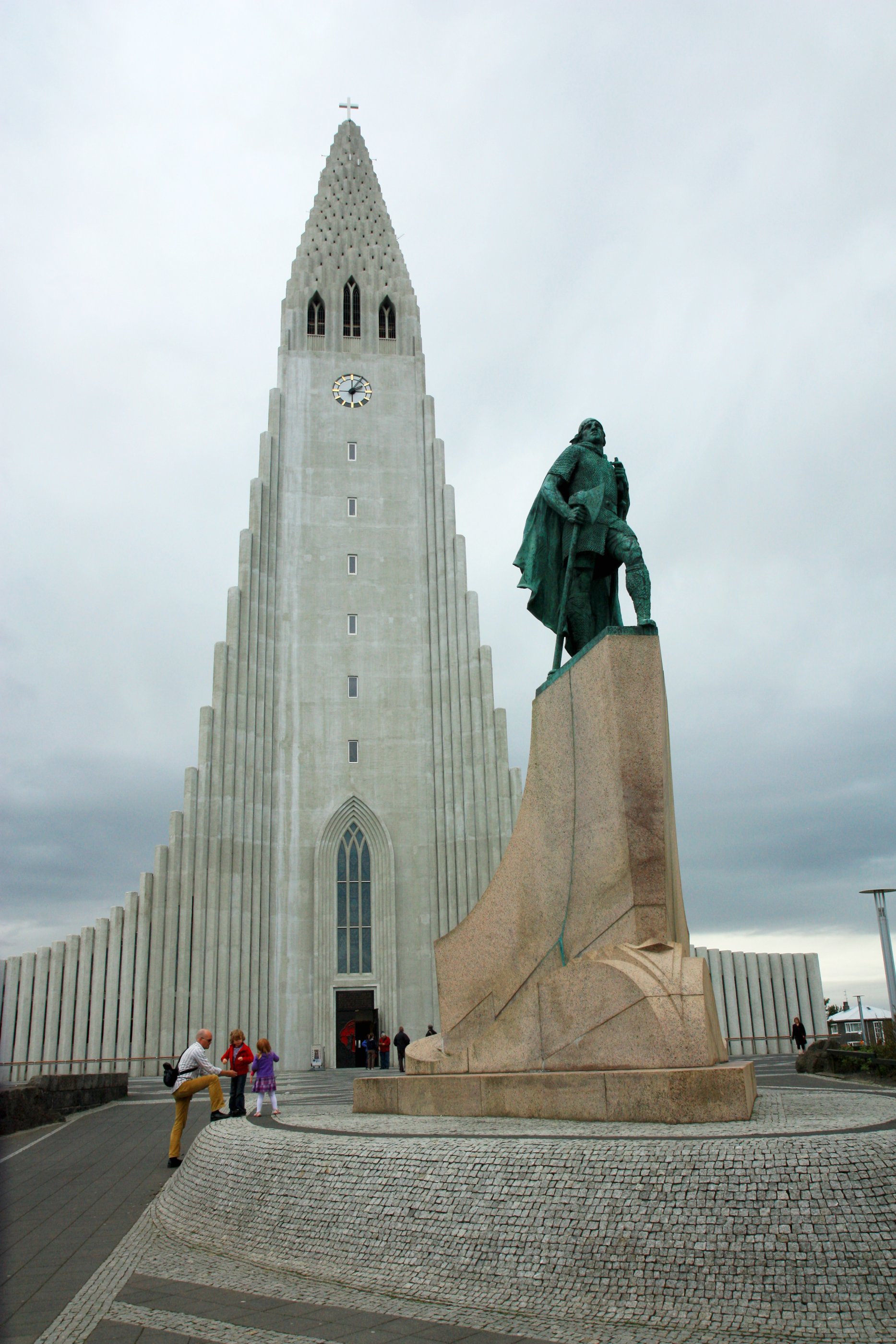 Hallgrímskirkja and the statue of Leif Eriksson by Andrea Schaffer.

You can read more about the statue here.
Obama’s gaffe (link).