5 reasons: visit Iceland in winter Posted by hulda on Nov 26, 2015 in Uncategorized 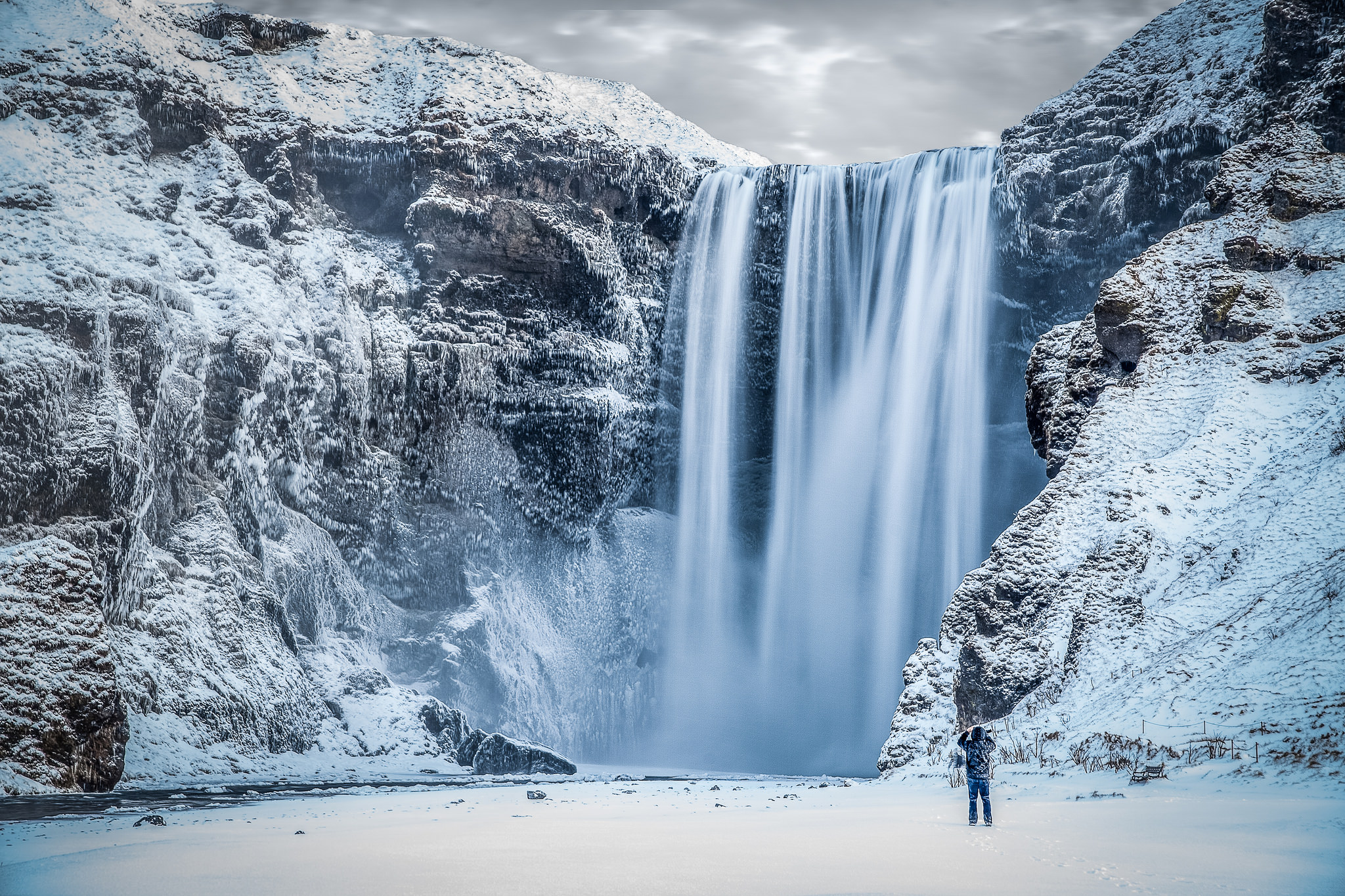 What, visit Iceland in the winter? But everyone knows it’s really cold! Even this blog’s writer always recommends summer as the best season to visit, why is she changing her mind now?

To be honest I’m not entirely changing my mind about what’s the best season for visiting. Iceland in the summer offers easiest road conditions, warmest weather and lots and lots of sunlight (some would say a bit less would be fine, mostly those people who have trouble sleeping at night when the sun doesn’t go down at all), but wintery Iceland has its charms as well. 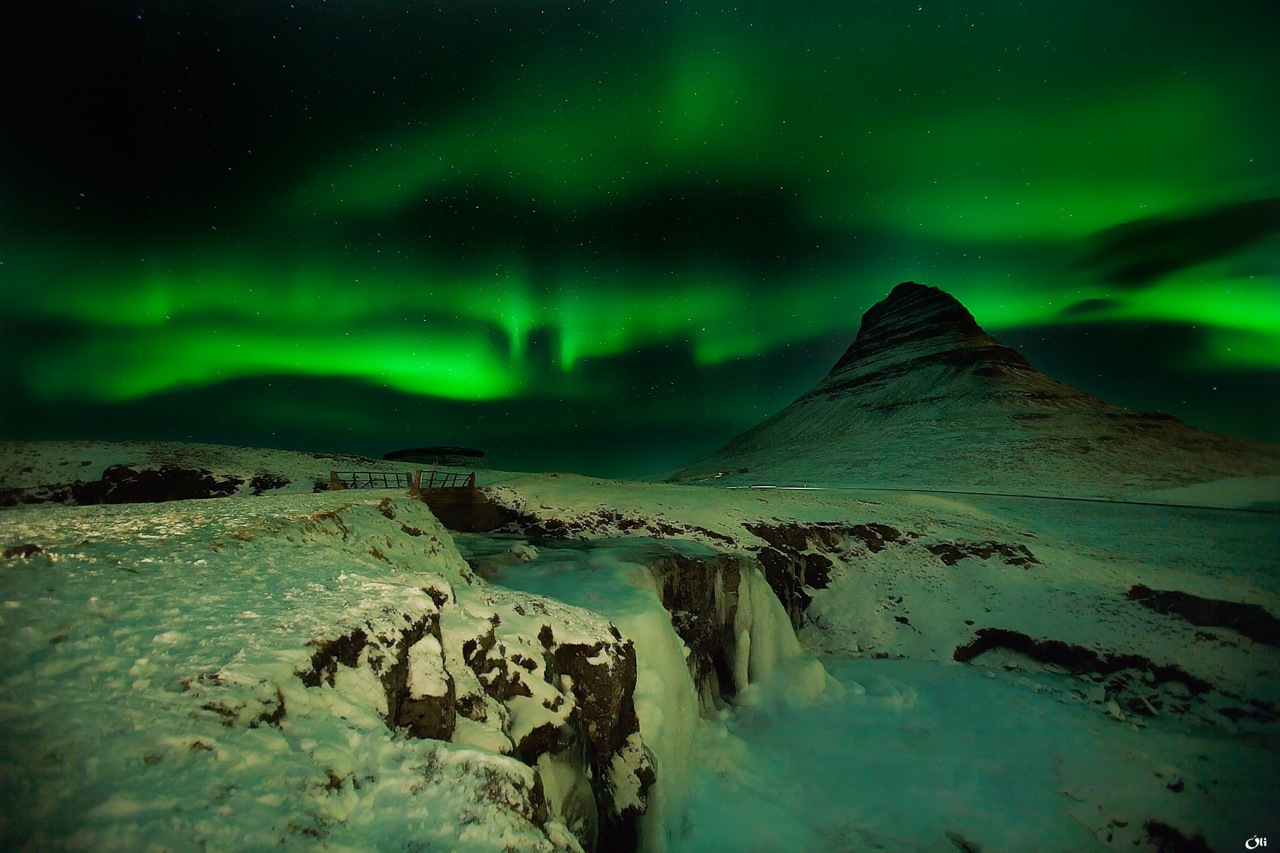 This is something you won’t see in the summer – the nordic lights. Iceland is far up north and has a low level of light pollution, making it one of the best countries for aurora viewing! Some companies even offer sailing trips out to sea where you can watch them, which is an amazing experience. The only minus side is that you can’t command the show to begin, aurora happens when it wants to and one layer of clouds is all that’s needed to ruin the show. Still, winter is the most likely time for least amount of clouds and most amount of aurora.

Last winter we were driving back home to Reykjavík from the countryside where no artificial light was anywhere in sight. The scenery was ink black on both sides of the road and all we could see was what was in the headlights of the car. I was nodding off on the back seat because it was far past midnight when all of a sudden the driver stopped the car. He didn’t even pull over to the side, just stopped the car in the middle of the road.

I climbed outside with the others and realized they had decided to stop to admire the stars shining brightly above us. It was unreal. I’ve never seen stars like that in my whole life and although my Icelandic friends clearly had seen this sight before they seemed just as taken by it as I was. So yes, if you happen to be in Iceland in the winter try driving out of the town on a cold, clear night, and stop to view the stars – it’s well worth it (but park the car a bit better, it’s dangerous to just leave it in the middle of the road)! 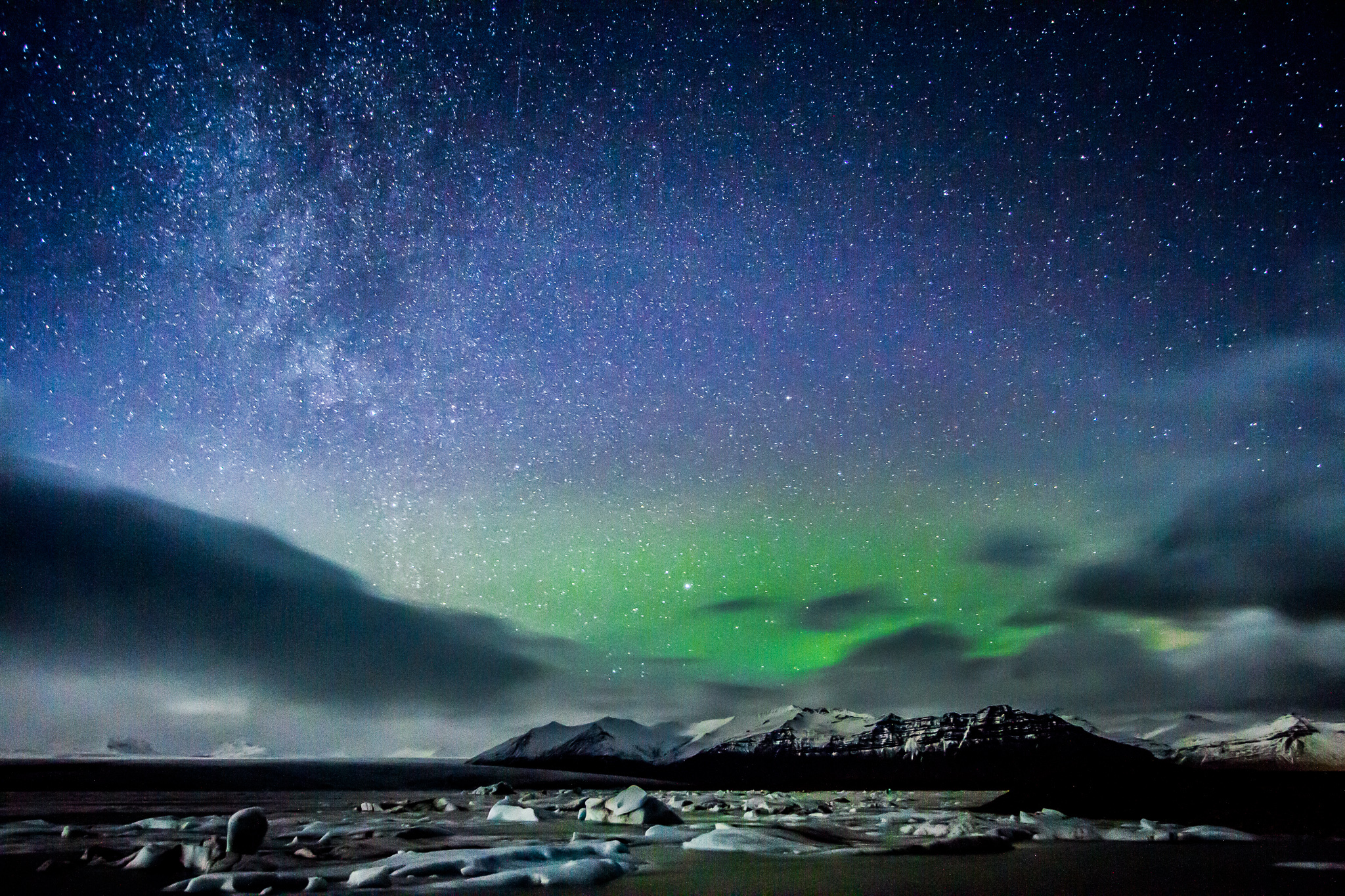 Staying in hotels outside of the busiest tourist season just costs less. Same with plane tickets!

Related to the above point, fewer other tourists. Less tourist-caused trouble, less mess, less stressed Icelandic hosts. Shorter queues, smaller crowds at the sights you might want to see, shorter waiting times in general. Recently Iceland became a really popular country to visit which, alas, means that in the busiest season almost all the people you see downtown are foreigners and that everywhere you go you’ll be swamped by of them, so skip the main tourist season and you skip the crowds. 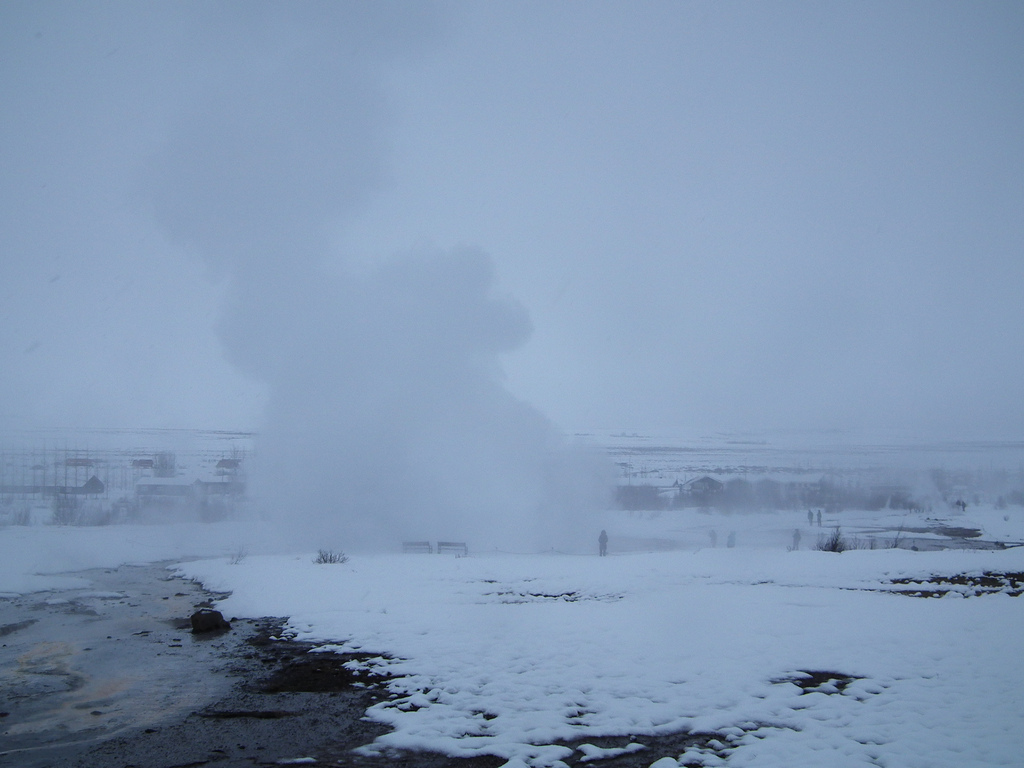 See things in a different view

The natural wonders are no less wondrous and beautiful just because they’re covered in ice and snow, if anything it makes everything seem just a touch more magical. Waterfalls freeze everything around them, covering even strands of grass in ice beads, hot springs against snow look almost unreal. If you plan a trip south to see rock formations, in my personal opinion they’re even more amazing against white background. Jökulsárlón will have far more ice in it than in the summer and just imagine visiting the Blue Lagoon or any of Iceland’s outdoors swimming pools where you can relax in warm water while the air around is freezing, it might even snow around you!

Iceland is beautiful in all seasons, so if you’re not afraid of cold why not try winter instead? Pack a good sweater and warm socks though. 😉