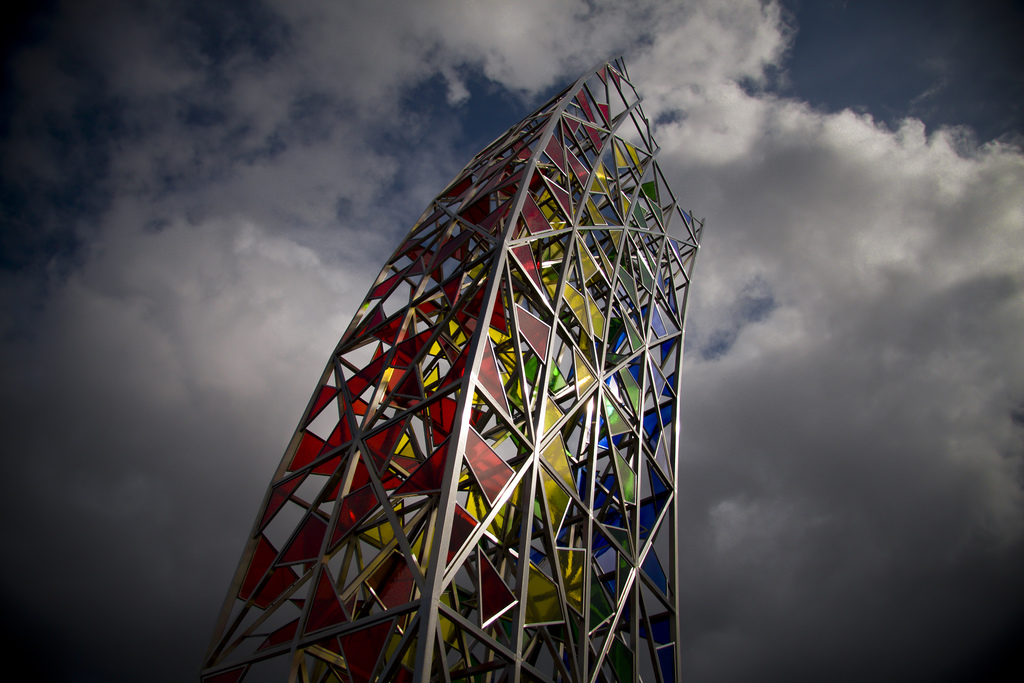 On the 4th August this year Samtökin ’78 declared a competition to find new words for the Icelandic language called Hýryrði, Gay Words. By this they meant it was time to find Icelandic equivalents for words that were only used as loanwords from English because – well, as many of you readers probably know already, Iceland will not be having with English loan words. Protecting the language is serious business over here and includes finding an entirely Icelandic version for any foreign word, which is why you can order yourself a flatbaka (= flat bake) the moment you notice you’re all out of bjúgaldin (= bendy fruits). Naturally all these Icelandic words don’t always catch on, which is why most people use the words “pizza” and “bananas”.

Regardless, the most important part is that these words do exist in Icelandic. If there are no Icelandic words the language will just automatically adopt foreign ones, and in many times that means English creeping over the original language, for both good and bad results. The 16 words that the language was deemed lacking were: 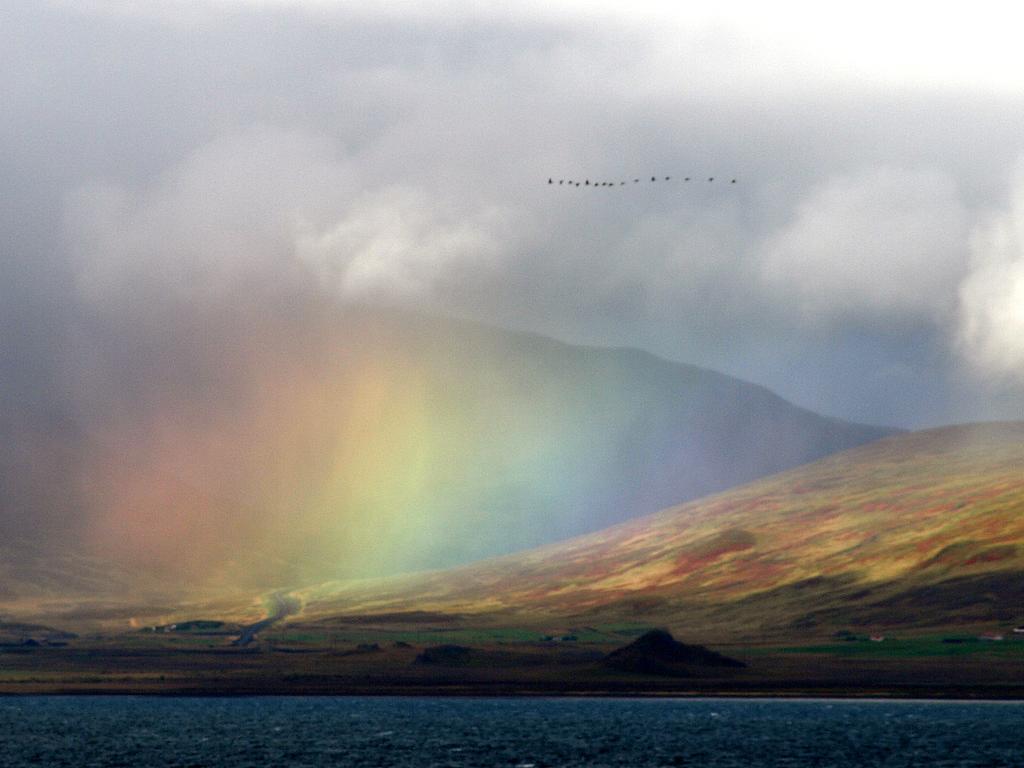 ? by Margrét Jóna at Flickr. It seems to be raining rainbow!

How did it go?

Alas, not all of them were successfully and/or acceptably translated, but thirteen words chosen from over 400 suggestions isn’t that shabby (link)! Here are the words that were declared winning ones on the 16th:

androgynous: dulkynja (= secret gender), vífguma (= not entirely sure of this translation, but it might be woman-man)

Androgynous received two suggestions, but with a slightly different nuance behind: dulkynja refers more to a person whose gender is not immediately obvious whereas vífguma refers to a combination of masculine and feminine features – almost the same but not entirely.

There were two suggestions for a particular word, such as asexual which now has two suggestions, ókynhneigður and eikynhneigður: ó/ei = turns the word to its opposite or negates it, kyn = gender, hneigður = inclination. Homosexual would be samkynhneigð/ur (= same gender inclination) and bisexual tvíkynhneigð/ur.

For the following words, the originally grammatically masculine gervi has been changed to gerva, which does not refer to masculine or feminine gender at all.

agender: eigerva, ógerva (ei/ó change the meaning of the word to an opposite or negate it entirely) 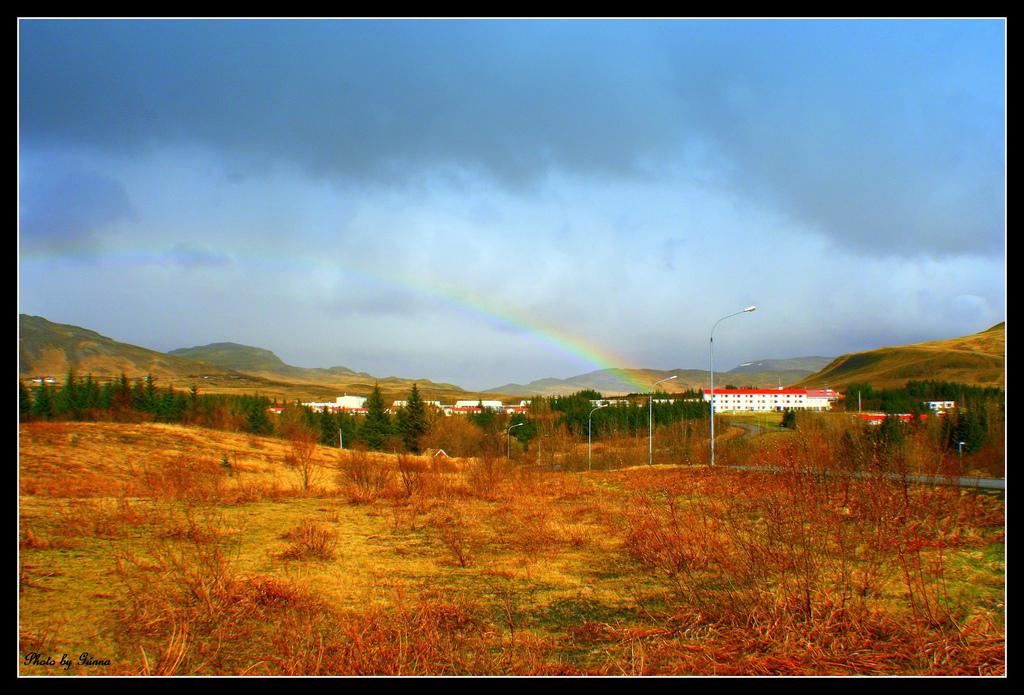 When using Icelandic you sometimes have to refer to the person’s gender by selecting a gender exact noun. This can be difficult if your date does not find themselves within the binary genders though, so what to do? One suggestion are the above versions where the gendered word ending is removed entirely. Another way would be to go around the problem and use a word that, despite its grammatical gender, does not refer to the gender of the person being talked about, such as elskan. Elskan is feminine by grammatical gender, but can be used for men, women, and everyone in between whereas kærasti/kærasta tell you exactly which gender the darling is.

Interestingly the word kærast has already been in use for a while before the competition was launched!

For the biggest grammar nerds, the word bur will probably be the most interesting since here we’re taking an Old Norse word and redefining it for modern use. At its origin the word meant only son, but it stems from the verb að bera (= to carry) just like barn (= child) does. Besides the grammatical gender of bur is neutral, which further allows its use for children of all genders.

(It bears mentioning though that these words aren’t yet official, but they have a good likelihood of that considering that all these English words do need translations in the name of language protection.) 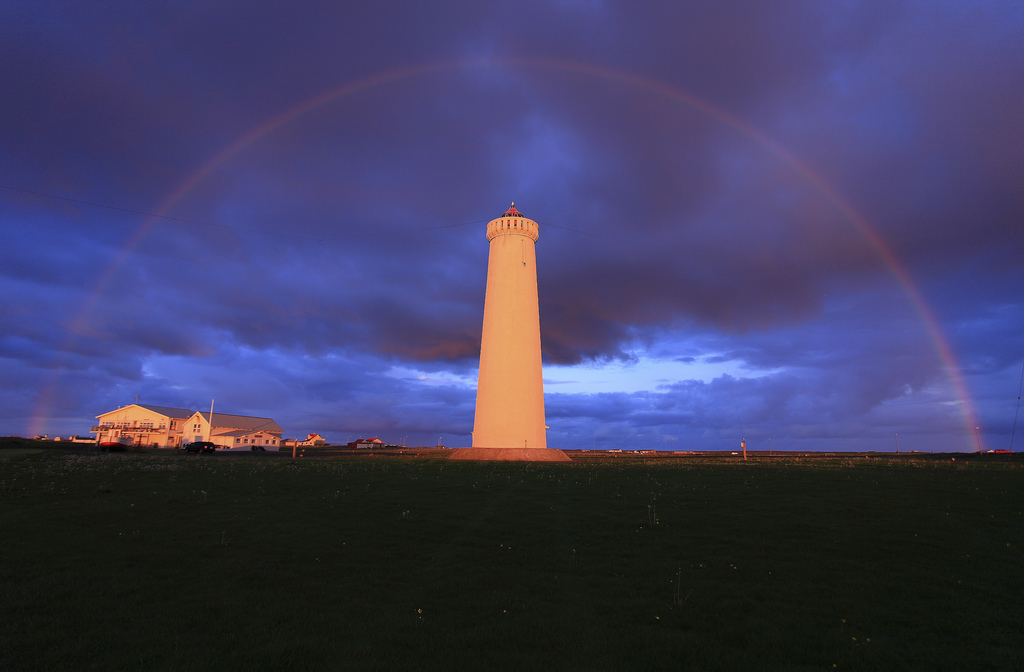