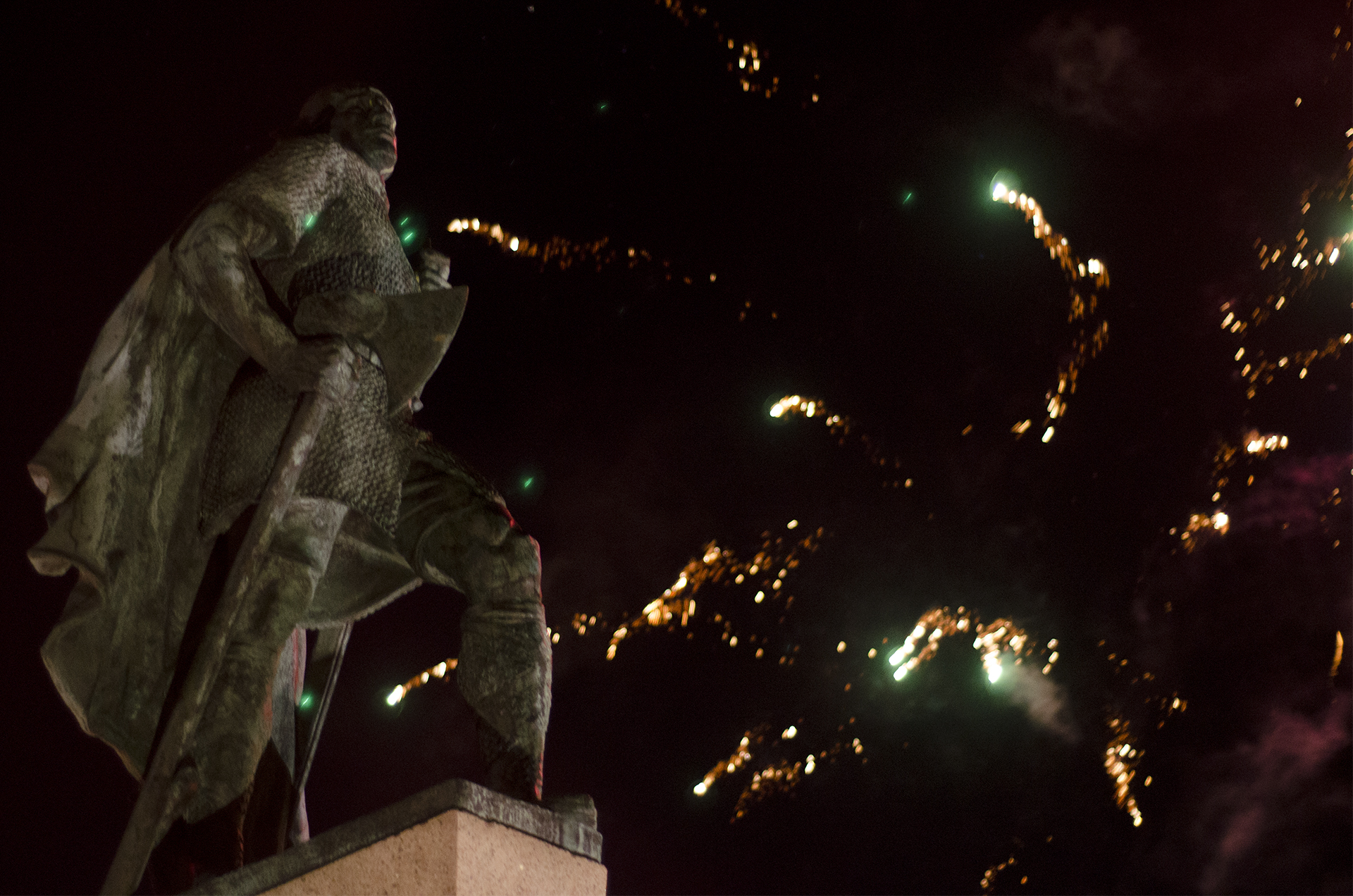 New Year is almost here! Stuck in Reykjavík and lacking ideas what to do? Worry no more, this post will be one big Hulda Recommends -post about things that are going on today. New Year’s Eve, called Gamlaárskvöld (= old year’s evening) in Icelandic, is serious business.

Stores will be open even on the 31st

…but do your shopping on the morning half of the day as most of even the bigger ones will close early. Small stores are likely closed all day though as the only thing people generally need to buy today is food and alcohol. Oh, and fireworks! Talk about those –

The voluntary rescue units are a huge factor in the fireworks sold this time of the year. Those of you who have spent the days after Christmas here will likely have already seen some firework shows that the Björgunarsveitinn hosts to advertise their wares, and usually every larger shopping centre either has a Björgunarsveitinn fireworks selling place or one is nearby. Look for the word flugeldar (= fireworks, lit. transl. flying fire)!

The money from their sales will fund the rescue units whose help, by the way, is entirely voluntary, self-funded and free should you need it. Icelanders love them for a good reason and Hulda, too, plans to get her fireworks from them. 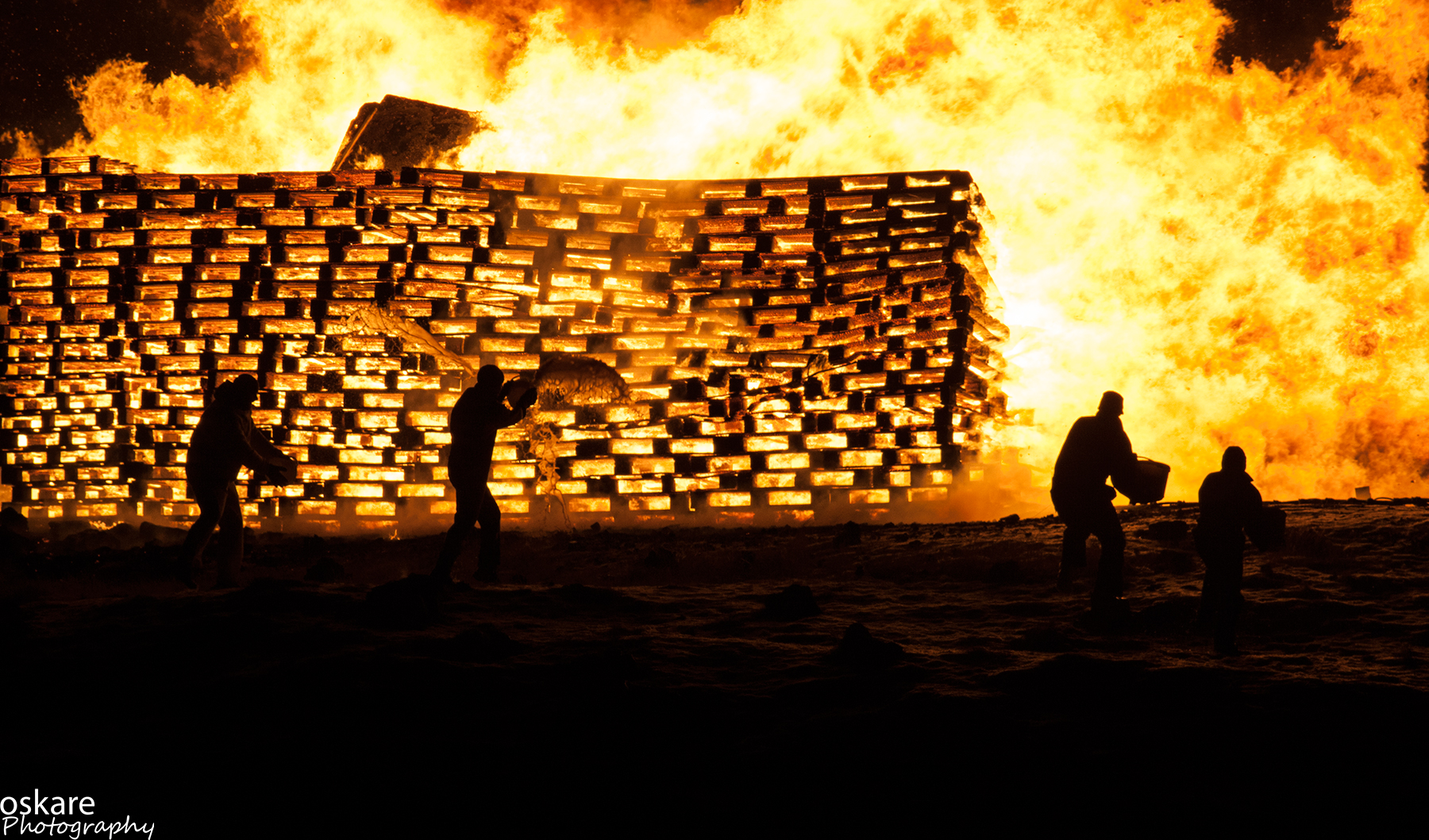 Only fireworks? No – have some REAL fire!

Áramótabrennur (= New Year Bonfires, lit. transl. years meeting burnings) will be available on ten places within the Capital City area: big ones near Ægisíða, Geirsnef, Rauðavatn and Gufunes. More locations can be found here for the smaller bonfires. Almost all of them are lit at 20.30 o’clock with exception of two, Skerjafjörður bonfire at 21.00 and Úlfarsfell at 15.00. There’ll be people singing álfasöngur, elf songs, burning sparklers and enjoying the bonfire, but note that lighting large fireworks near the bonfires is banned.

Yup. Elves that wish to move house do so on New Year’s eve so be prepared for huldufólk (= hidden people) going around. Your best bet is to not talk to large groups of gray-clad people lugging around big, heavy things, as communicating with them might come at the cost of your sanity or life. The aforementioned elf songs usually tell stories of elves being horrible towards humans or, in some cases, giving them gifts. 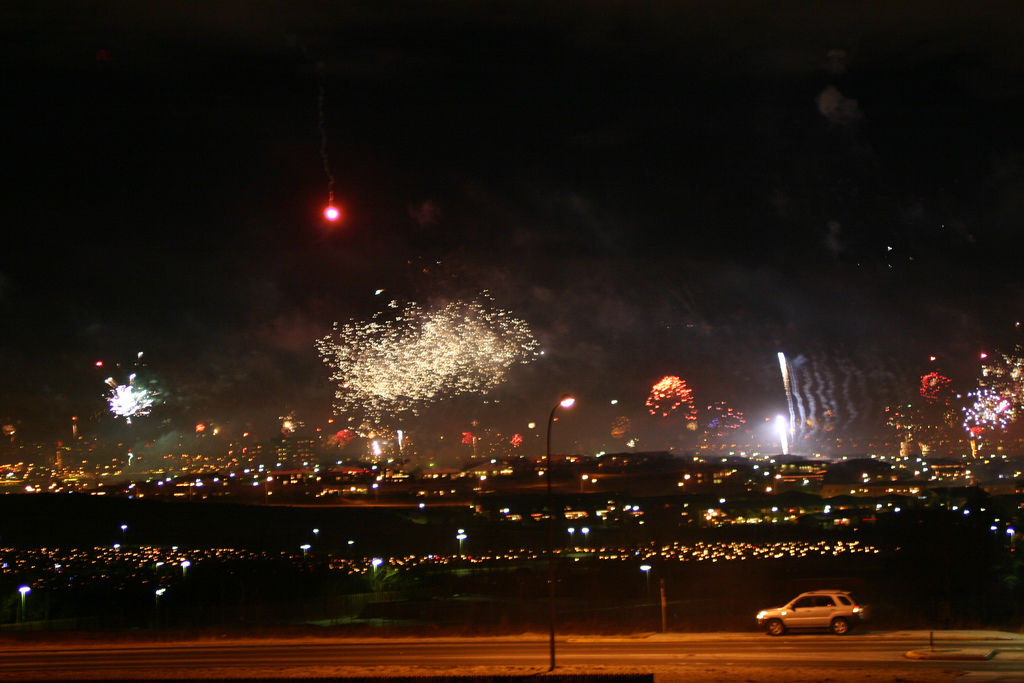 You’ll not have a second of peace and quiet anywhere, I guarantee you that! Icelanders send up so many fireworks that at the end of the night the whole city of Reykjavík sits in a thick cloud of gunpowder smoke. Not a second? Wait, that was not true – there’s in fact a whole hour when the noise comes to an abrupt halt and everywhere is quiet. What’s going on?

There’s an extremely popular show on tv once a year: Áramótaskaupið. It portrays the high points of the past year in satirical, humorous light, and especially the local politicians get what’s coming to them. If you see anyone outside it’s probably just some politician who’s really earned their place in this year’s show…

There’s of course supposed to be a lot of eating and drinking all night long and parties everywhere, so keep your eyes open on FB (that’s where ALL Icelanders are) and find out whether there’s something going on nearby. 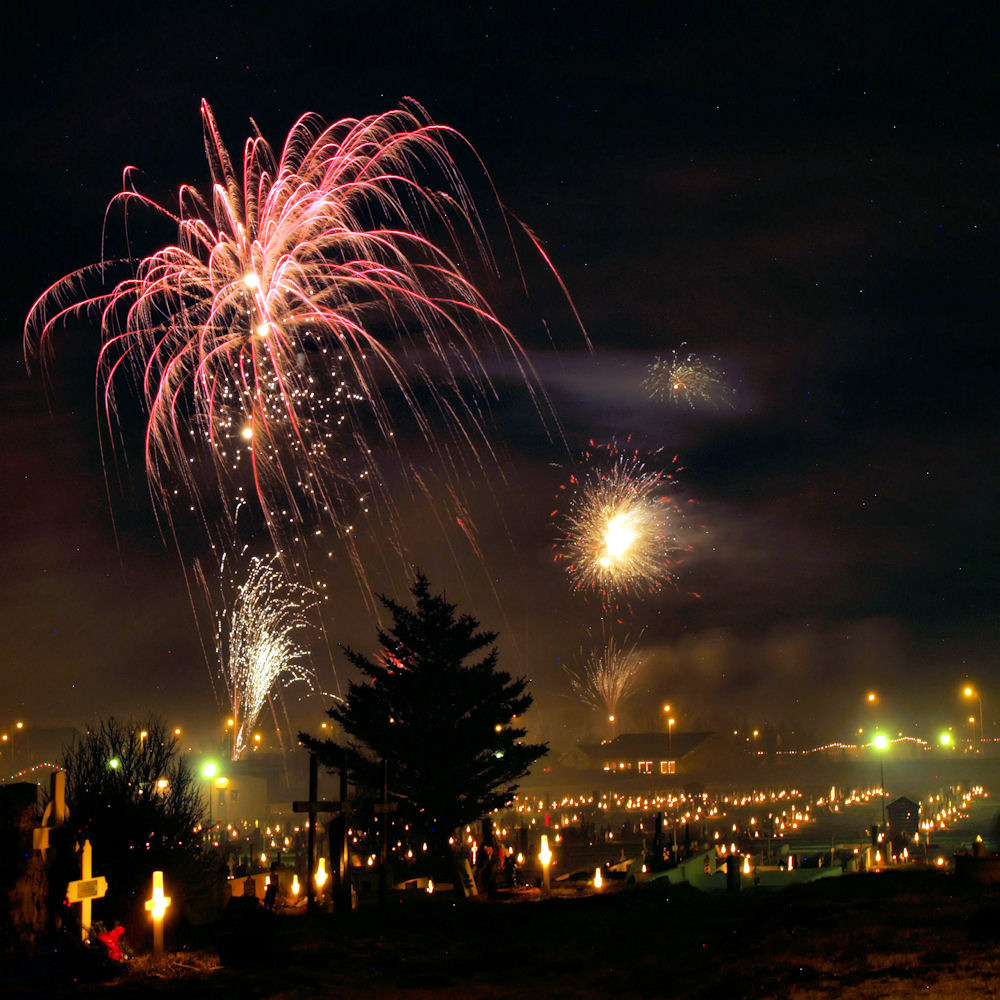 On behalf of Transparent Language’s Icelandic blog Hulda wishes all the readers a magical and wonderful New Year 2016!