Who were the berserks? Posted by hulda on Jan 14, 2016 in Icelandic culture, Icelandic history 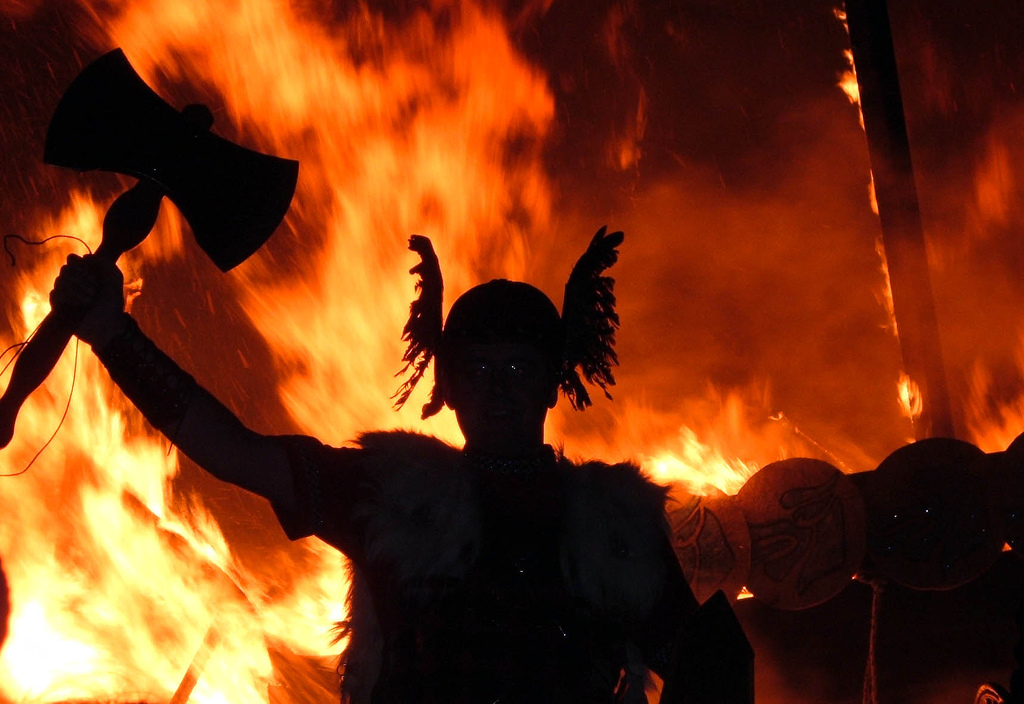 Few parts of the Nordic past are as well known as the vikings and among them a very specific group: the berserks, warriors that worked themselves into a battle rage that blinded them to anything but the fight. Today they bear a much romanticized look and are often considered as the ultimate soldier, the unstoppable one who won’t be hindered by anything, not pain, not injuries, not even broken bones and definitely not fear. Were they really all that?

Not quite, at least not if Icelandic sagas are to be believed. They paint us a very different picture of these “elite warriors”, one that’s more on par with a street thug than any kind of a hero. The only berserks that have left at least somewhat positive a note in sagas are Kveld-Úlfur, his son Skalla-Grímur and his son Egill, though they’re not referred to as berserks, just that their appearance radically changed before they entered a fight. Worst one of the three was no doubt Skalla-Grímur: Kveld-Úlfur and Egill appear to have kept some amount of wits about them, especially Egill who was hired by a royal army to fight alongside non-berserk warriors. For a real, full-blown berserk to stand in the ranks would have been disastrous, since they attacked anyone close enough and made no difference between friend, foe or even family member. 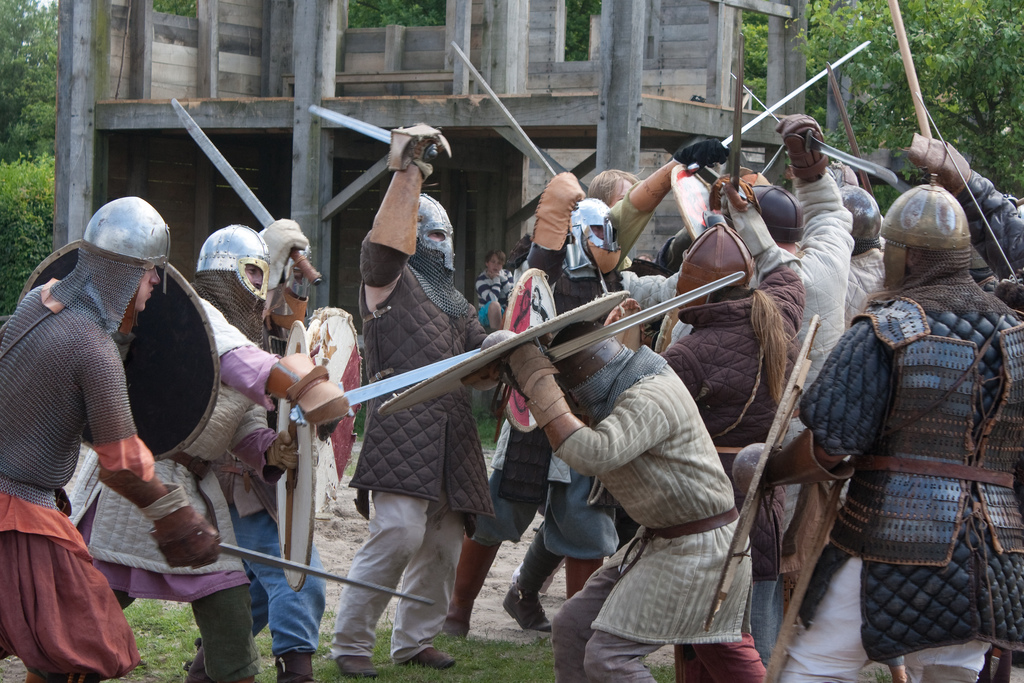 Vikings are at it again by Hans Splinter at Flickr.

The name berserk has been much discussed and typical explanations are that the word means either “dressed in a bear shirt” or “dressed in a bare shirt”. The first one might refer to a specific thing I’ve rarely come across outside of Icelandic sagas: that people believed the berserks were actually shape-changers. Comparing their battle form to their normal one might indeed have made them seem like two different creatures altogether, a full change from man to beast. Other explanation is simply that they wore bear skin. For the latter expression some suggest berserks ran into battle naked, but this would be highly impractical in the far north where winters are cold and summers aren’t much better, just going to battle without armour would sound much more likely. For a Norse man going to battle without protection would have been considered suicidal anyway.

The berserks of Icelandic sagas are rarely undressed by any means, though. More typically they’re wearing whatever they happen to be wearing when anger takes them over the limit. The aforementioned Skalla-Grímur once flew into berserk rage because he was losing a game of ice hockey against then 12-years old Egill and Egill’s friend (I’m not kidding), killed the other boy on the spot and began to strangle Egill. The onlookers were so afraid that only one dared to step forward, Þorgerður Brák, a large servant woman with knowledge in magic who was also Egill’s nurse and a mother figure to him. She pointed out Skalla-Grímur was killing his own son and at that Skalla-Grímur let him go and instead ran at Þorgerður. She tried to escape by swimming away but Skalla-Grímur threw a large rock on her back and killed her; her death site is known even today as Brákarsund. 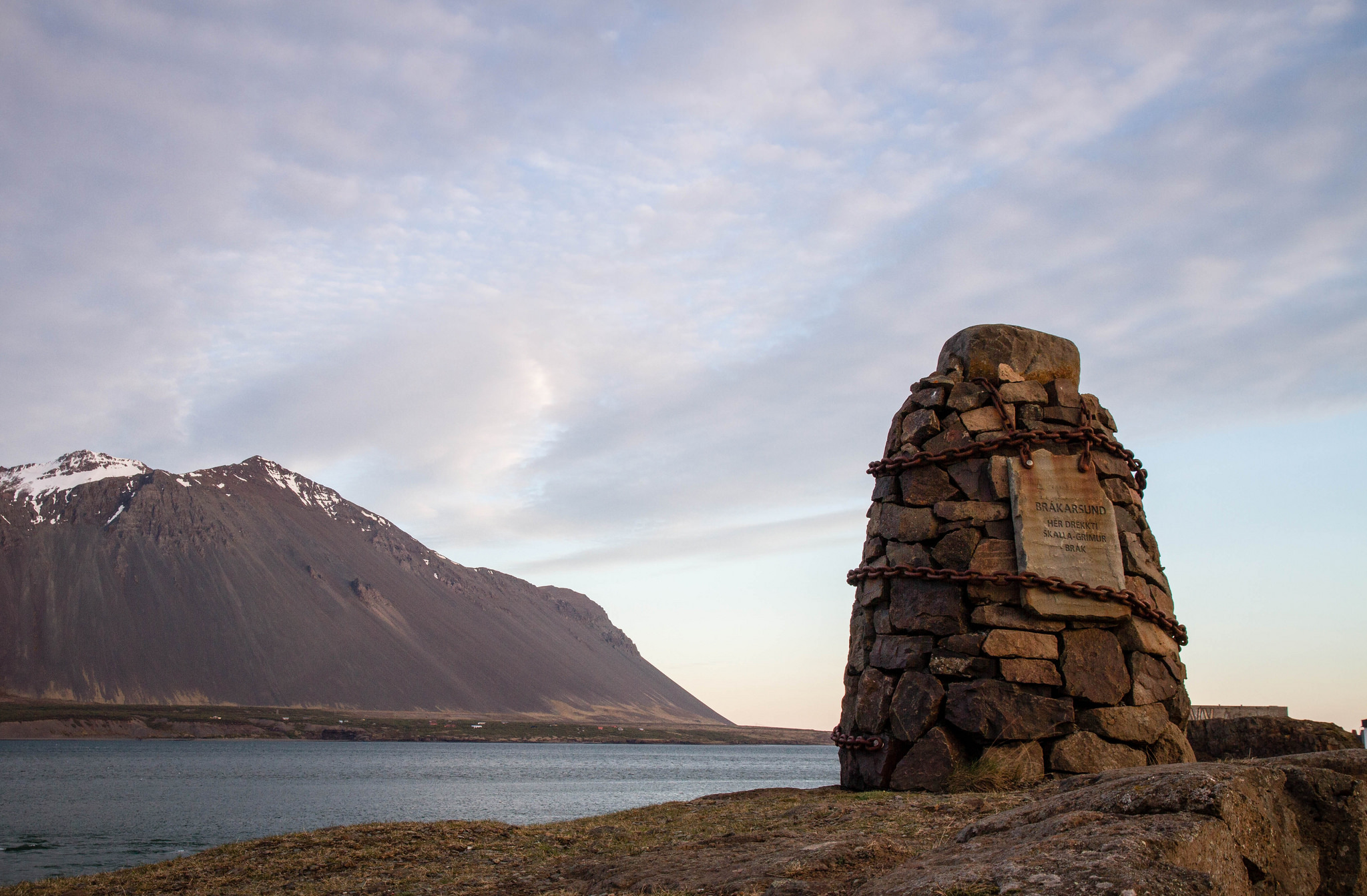 Iceland6 by Jean van der Sluijs at Flickr. This is Brákarsund and the stones are her memorial, the plate bearing the text “Here Skalla-Grímur drowned Brák”.

The reality of living with a berserker was this. Not the awesome, battle-crazy warrior but the unpredictable disaster that could and likely would harm anyone near them, including 12-year old children. There’s a reason why sagas list killing berserkers as heroic deeds and why killing one was not only legal, the killer would then gain everything the berserk had owned as an additional plus; to have a berserk around meant living constantly in fear. A berserk did not necessarily go a-viking, some saga accounts tell of ones that simply took what they wanted until the point when the hero came along and got rid of them with much flair and – occasionally – ridicule. Snorri Goði of Eyrbyggja saga orchestrated the deaths of two bothersome berserks by suggesting that the man who employed them built a sauna where these two could bathe. Once they were bathing it was no problem to kill them both, naked and weaponless as they were.

Another, funny account comes from Grettir’s saga. Berserks were often said to bite their shields to show off and to attempt to scare their opponent. Grettir was a rather ambitious man and liked to find occasions to prove his unusual strength so naturally he sought to battle berserks. One that he wanted to fight tried the shield-biting stunt but alas, Grettir was not easily scared… he simply kicked the bottom of the berserk’s shield as hard as he could, decapitating him.

So here we have the saga portrait and it lists a berserk as a dangerous but not very bright man, strong but gullible, frightening for their enemies but worse even for their own wives and children. They’re rarely shown on battle fields reaping glory, rather we see them going from house to house when the men are away, raping and killing women and servants and stealing everything they can carry away. Viking era people might have been afraid of them but they didn’t hold much respect otherwise, and even their names are for most part forgotten, whereas the men who killed them are remembered instead. 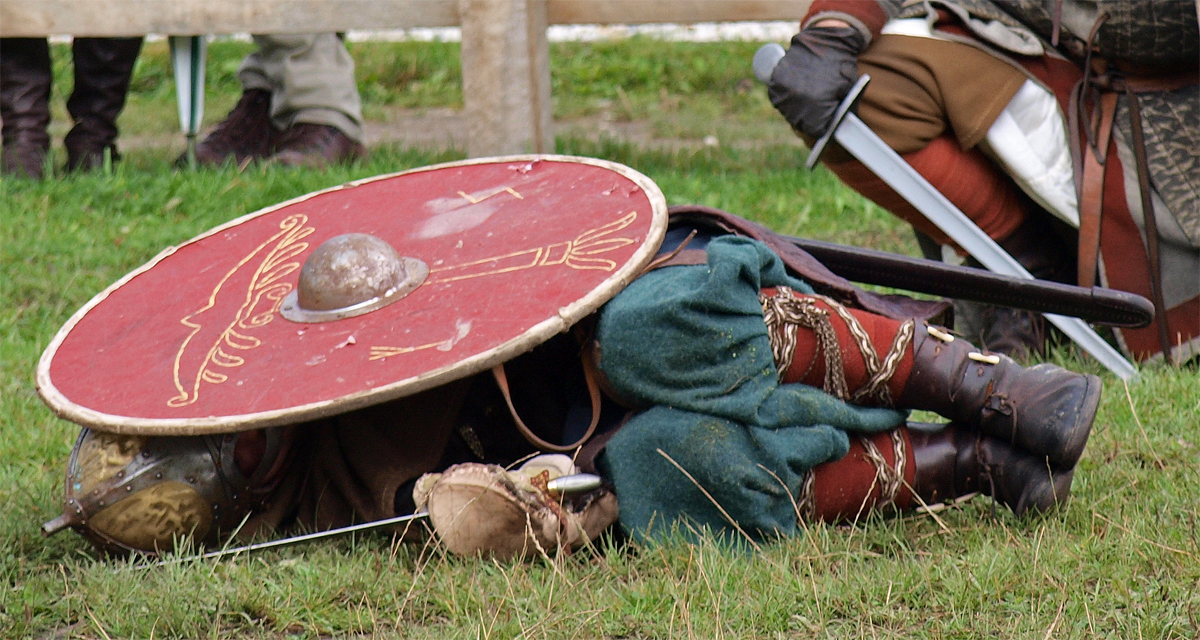 Víkingur= a sailor that also went a-viking in foreign countries, a viking

Hammramur = shape-changer, sometimes used as a synonym to a berserk

Að ganga berserksgang = rampage, cause lots of trouble, go berserk; often used for news for someone who’s been acting in a violent manner towards more than one person or has broken things.

Berserkjasveppur = lit. transl. berserks’ mushroom, a fly agaric. No saga reference backs up the theory that berserks would have used it to go into rage though, if anything they rarely would have had enough time to wait for the effects of the mushroom to take hold. A typical berserk puffed themselves ready in a matter of moments.