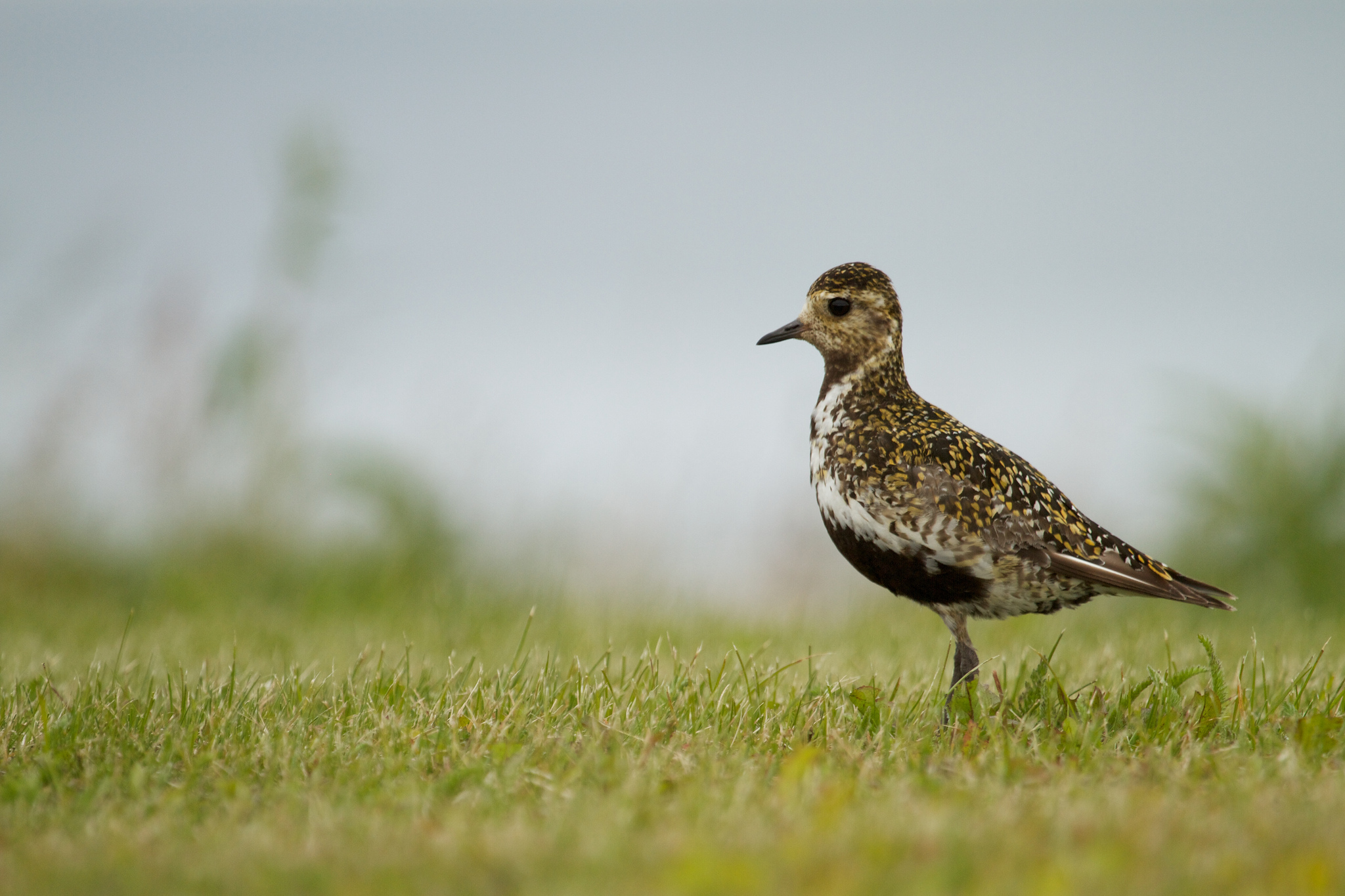 If ravens entering towns is a sign that winter is coming, sightings of a golden plover mean summer is on its way. The golden plover is a migratory bird that only spends the warm season in Iceland so it’s gained itself a reputation of a spring bringer, and each year people eagerly wait for its first appearance. It even makes the news, like shows here, meaning that this year the spring is already here and has been since the 26th of March. The news article points out that the bird’s yet to change its feathers to summer look, but also that it shouldn’t take long now. This year’s first sighting is a bit later than last year’s when the first plover was seen on the 19th.

The Icelandic name for a golden plover is heiðlóa, although usually people shorten it to simply lóa. After it arrives it bides its time and gets ready for the mating season by building a nest, lays eggs in May and the chicks hatch in a little less than a month. Once the chicks can fly the plovers gather up in huge groups and travel south at the end of July to spend the rest of the year on the British Isles, West and South Europe and North Africa.

Lóa is no doubt one of the most loved birds here on Iceland. Besides its role as spring bringer people also tried to foresee weather chances by them, and naturally they’ve a steady place in poetry and music. There are even spring songs that state the lóa has arrived, and especially in older times it was not unusual that children would start singing these songs when they spotted the first lóa of the year. Back before the migratory habits of birds became known people believed the birds simply went into hiding, or into winter nests somewhere, because that’s probably exactly what it seemed like: one day after a long winter they’d just appear as if they had popped right out of the ground. 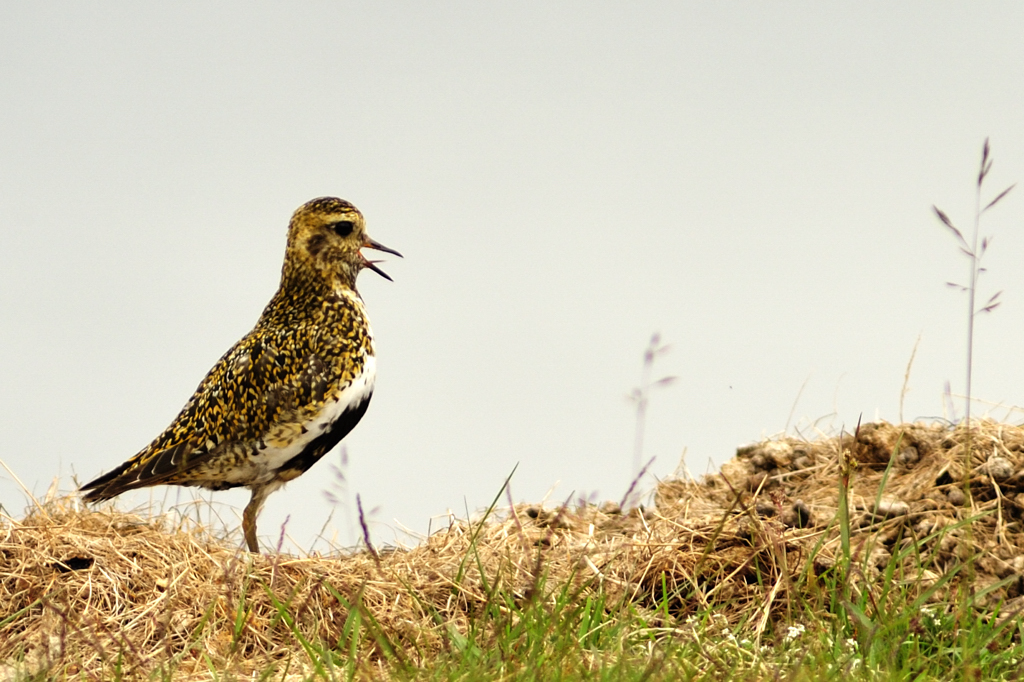 As an interesting detail north Iceland preferred an early arrival for the lóa whereas south Iceland wished they’d arrive only after the snow had already gone. Their song was used to figure out what the spring weather would be like. If the lóa sang dirrinðí it meant good, sunny weather, if it only said bí, bí, bí there was a chance for rain and wind instead. According to Jón Árnarson there was also a belief that if the bird sang óhú óhú it was definitely foretelling bad weather. If it would fall entirely quiet it meant a bad storm was on its way. I found a good example of all three sounds here: first comes the bí, bí, bí -call, then óhú óhú and then dirrinðí.

The behaviour of the lóa was likewise observed as a sign of oncoming weather, as weather in Iceland was always notoriously unpredictable and changed very quickly. If the lóa gathered up in big groups that was a bad sign, especially if they gathered on a field during the hay gathering season – then they had come to warn people that it was high time to get the hay indoors! A flock of lóa at a riverside was however a good sign, or if they gathered up in the evening. That would mean good weather for a while.

Here’s a very popular song of the lóa’s arrival called Lóan er komin (= The Plover Has Come). You can listen to it here. Another popular one is Heiðlóarkvæði (= Golden Plover’s Poem) here, the lyrics are included in the description.

The Plover Has Come 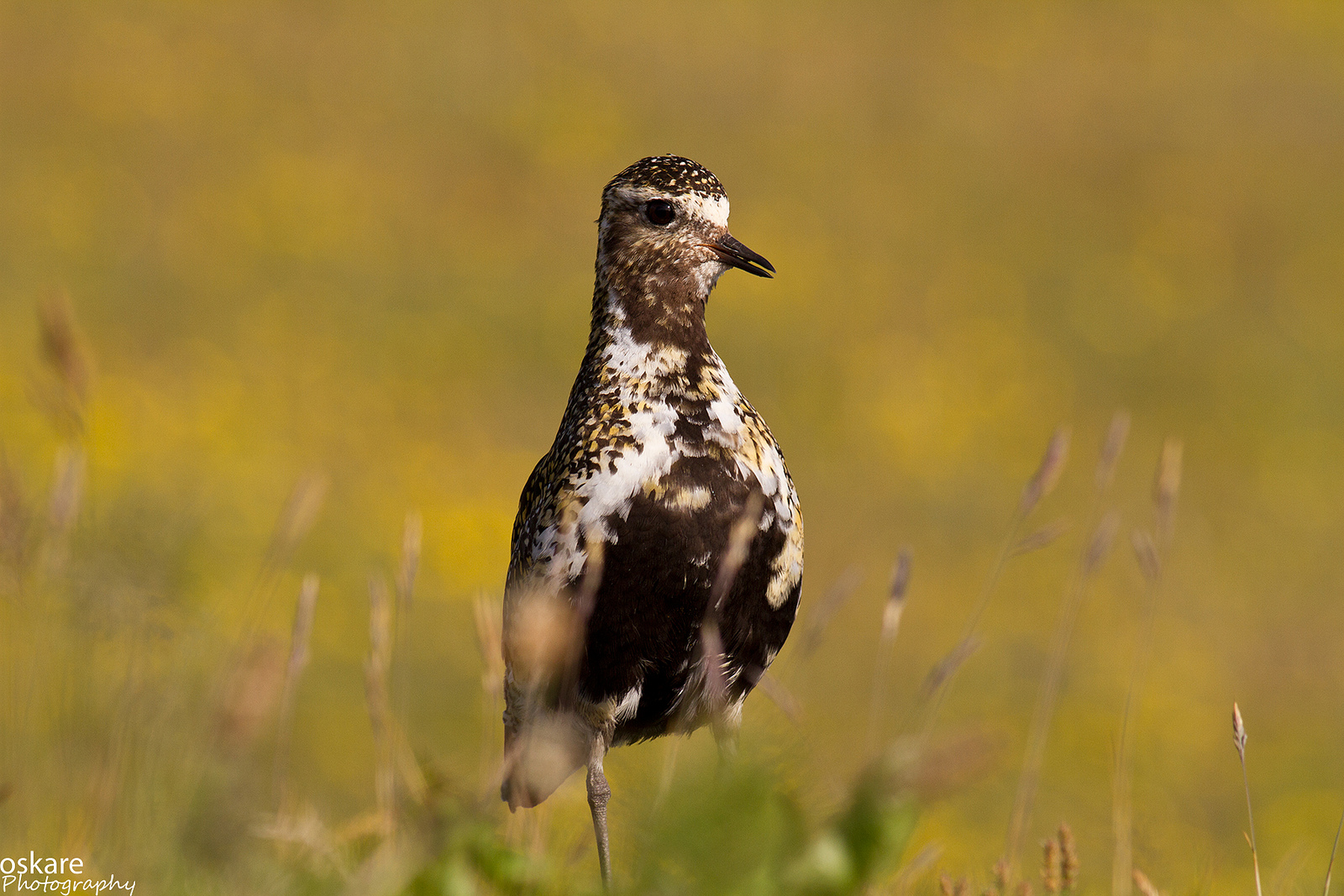 Are there any beliefs regarding golden plovers in your home country? Do they tell the weather in any other country, or do they do that only for Iceland?