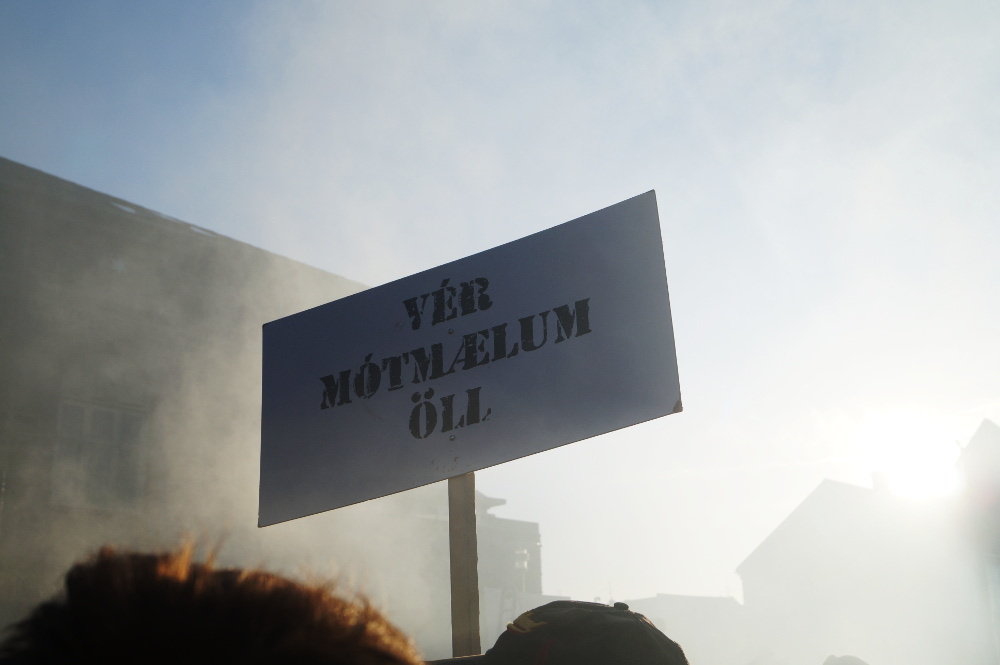 By now I’m sure most of you already know what’s going on in Iceland right this moment, but for those who don’t, Reykjavík Grapevine has summed it all up really well here. Icelanders’ immediate reaction was of course anger and not just that, anger that called for action. Anger that called for pots and pans, just like in the 2008 massive demonstrations. A huge protest was organized in less than a day and despite Mr. Sigmundur’s lofty prediction that the attendance would probably not be as large as it seemed like, it actually was a pretty big demonstration. 22 000 people, says this estimation. Here‘s an awesome aerial comparison of Austurvöllur before and during the demonstration.

Naturally I went there too, this entry is mostly just photos from the protest so strap yourselves in, here we go! 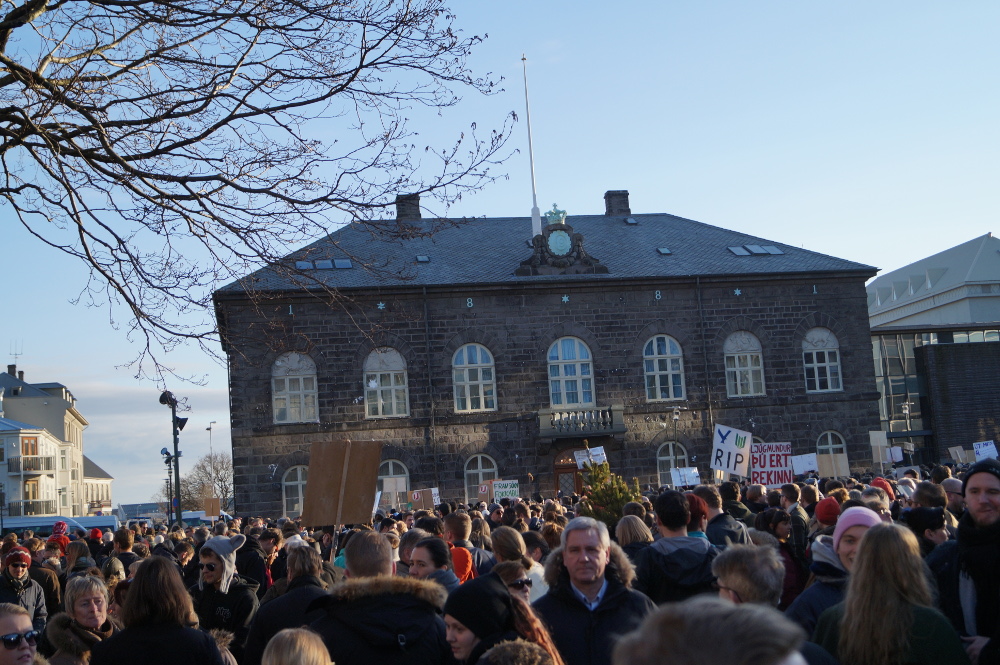 I’m really short so taking crowd photos was a challenge to say the least, especially since all good climbing places were already fully claimed. 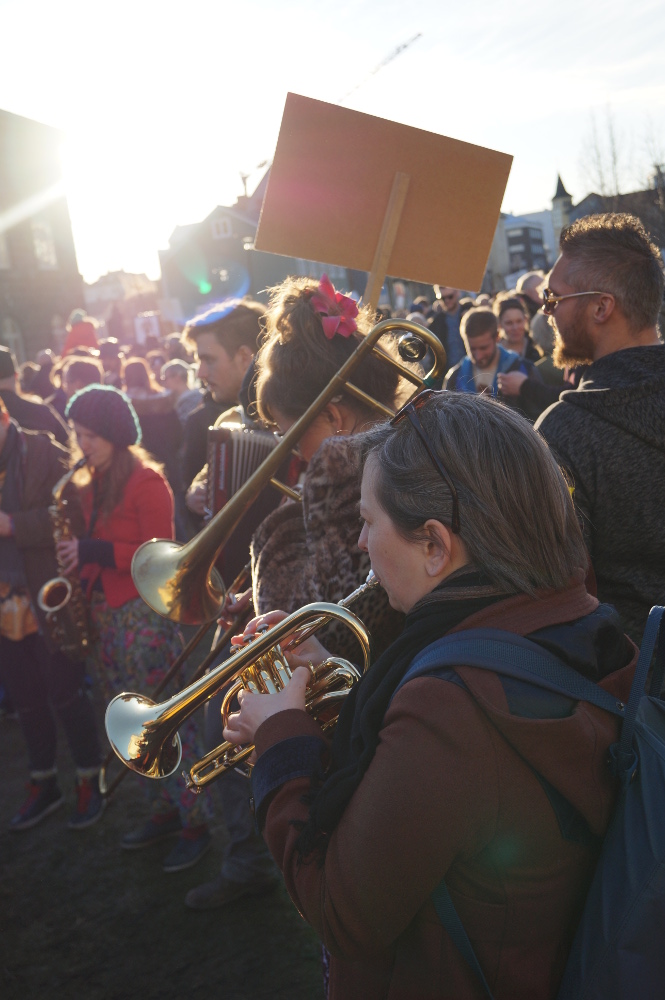 Like always, anything that makes a loud sound is appropriate. The point is to make everyone inside the Parliament House hear you at all times. 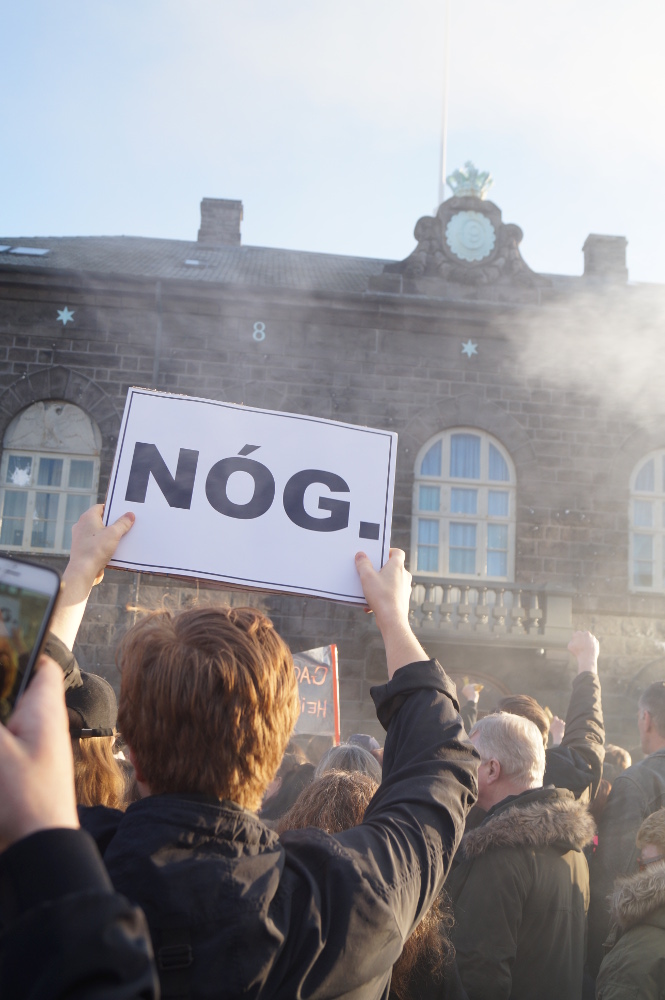 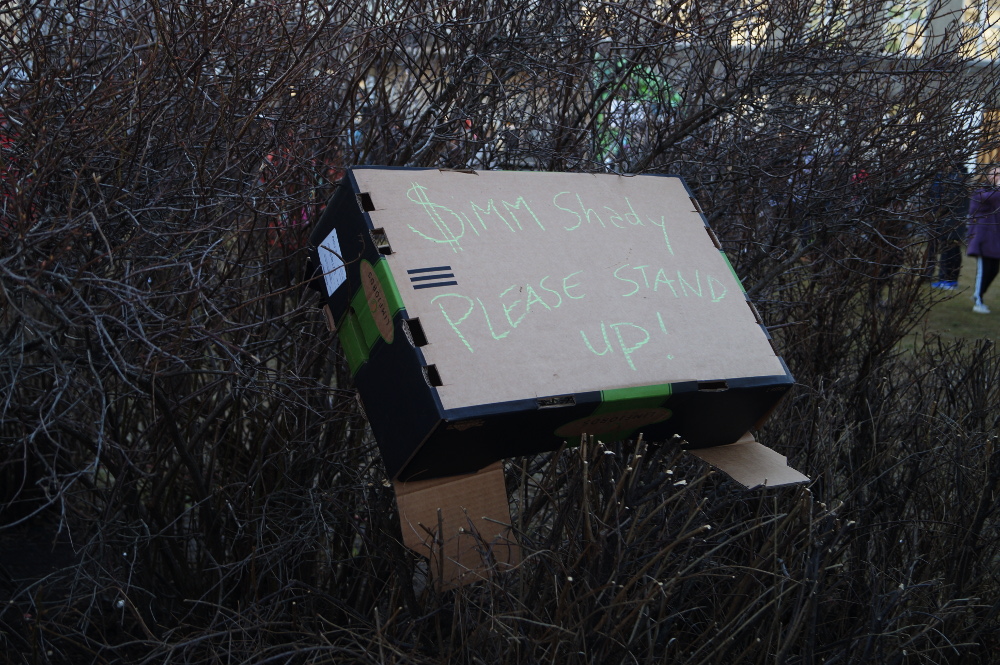 Sigmundur’s new nickname is $1mmi, because he sold his share of Wintris to his wife for 1$. 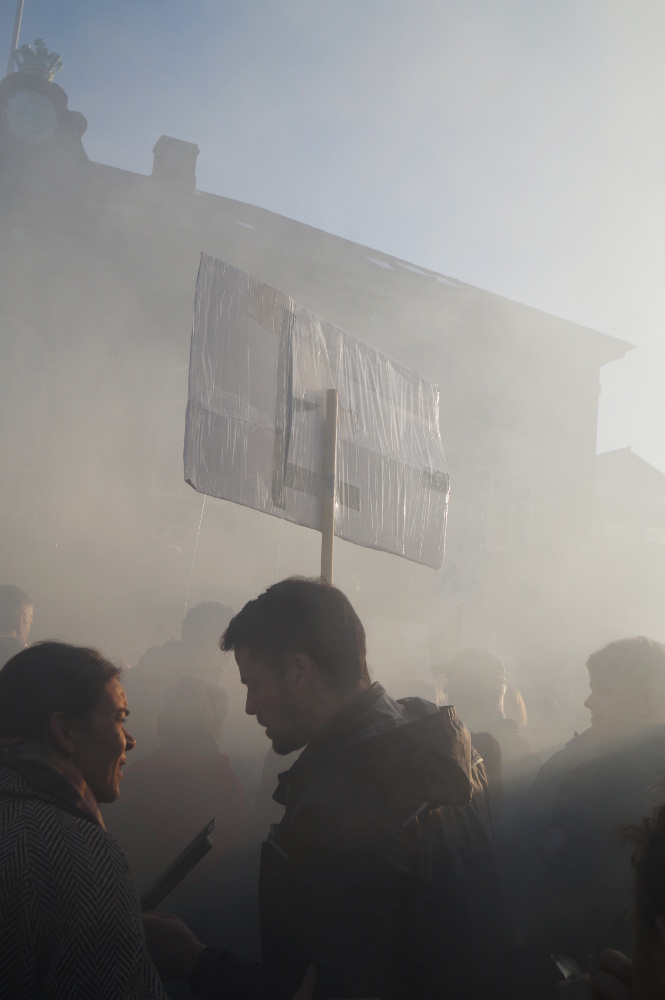 This was just smoke by the way, there was no trouble at the demonstration. 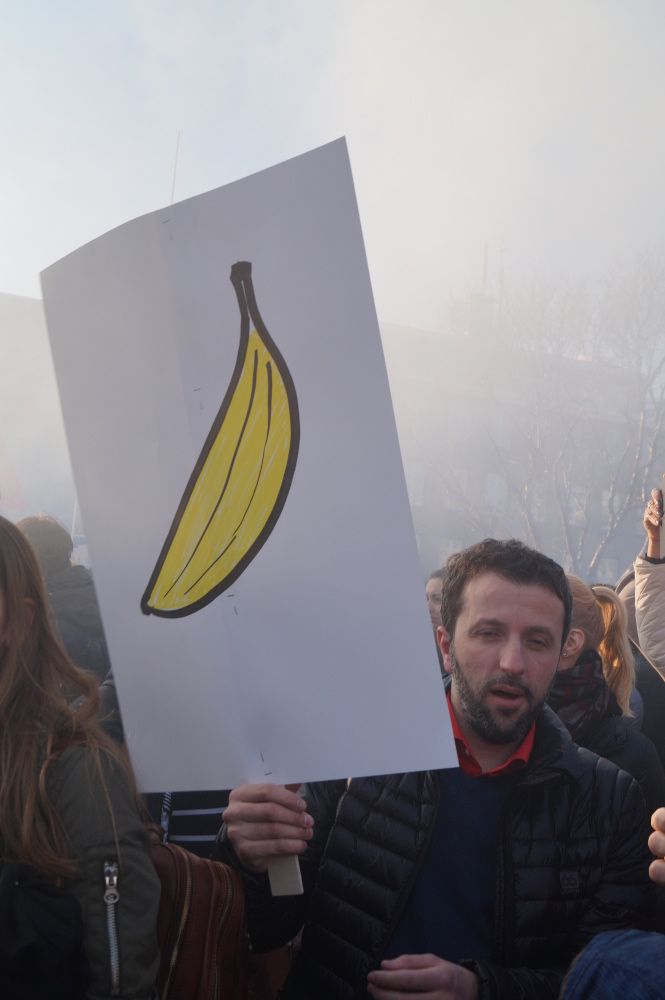 There was a clear theme though: bananas. 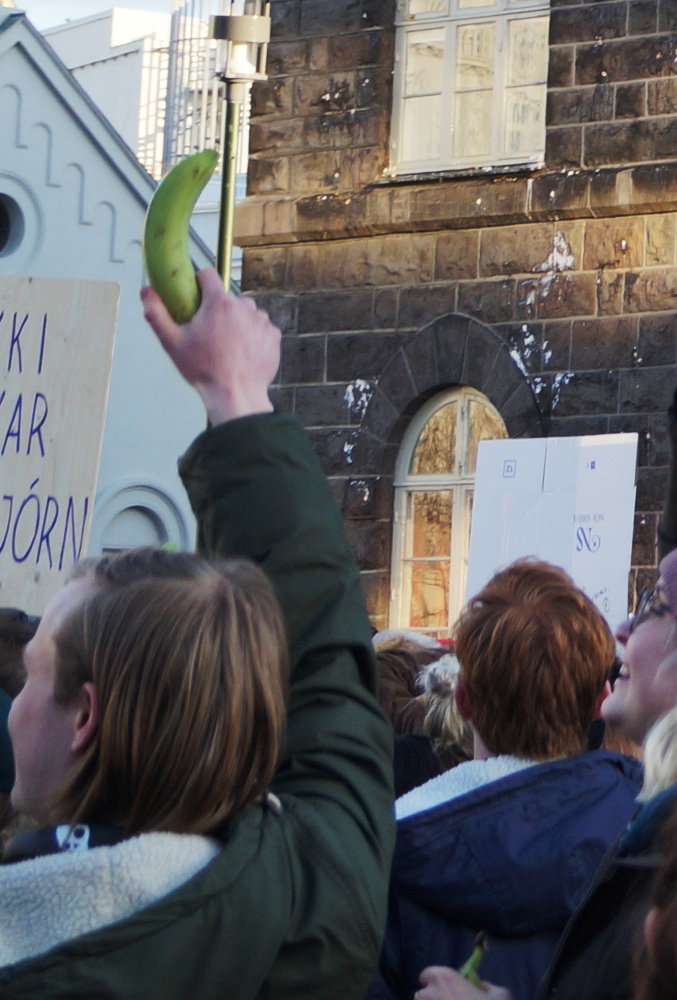 Bananas everywhere! Bananas as fashion statements, bananas in hands, bananas flying through the air! Along with skyr, as you can see on the wall… skyr gets thrown around a lot at protests. 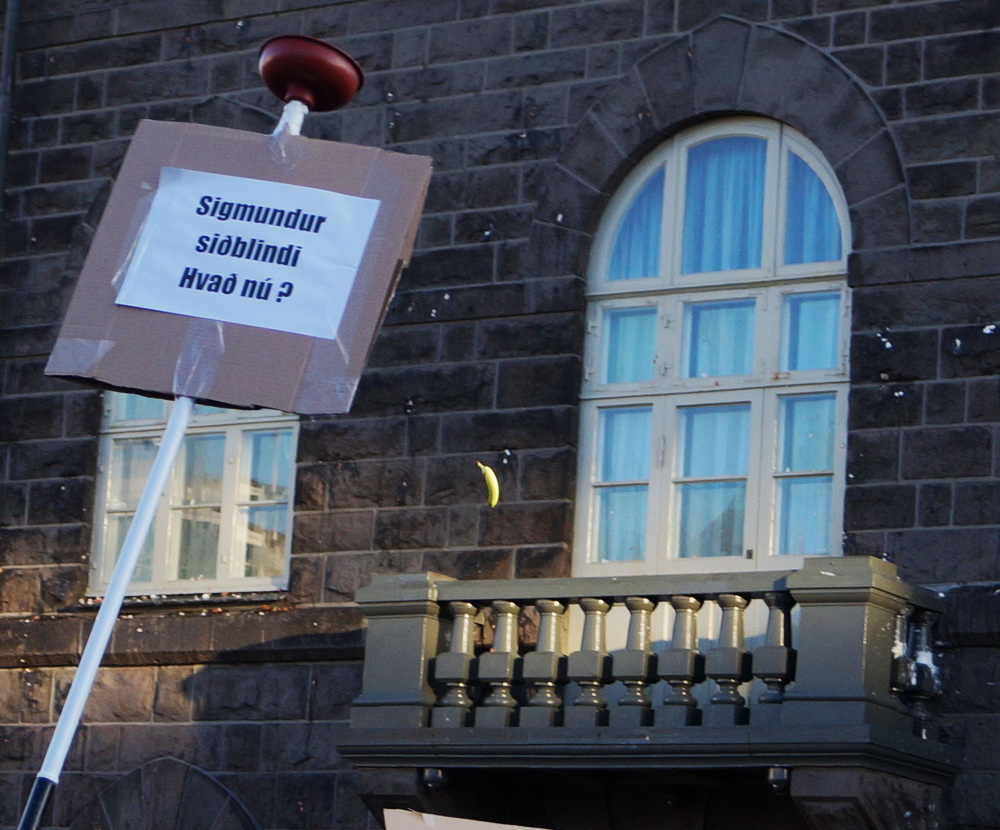 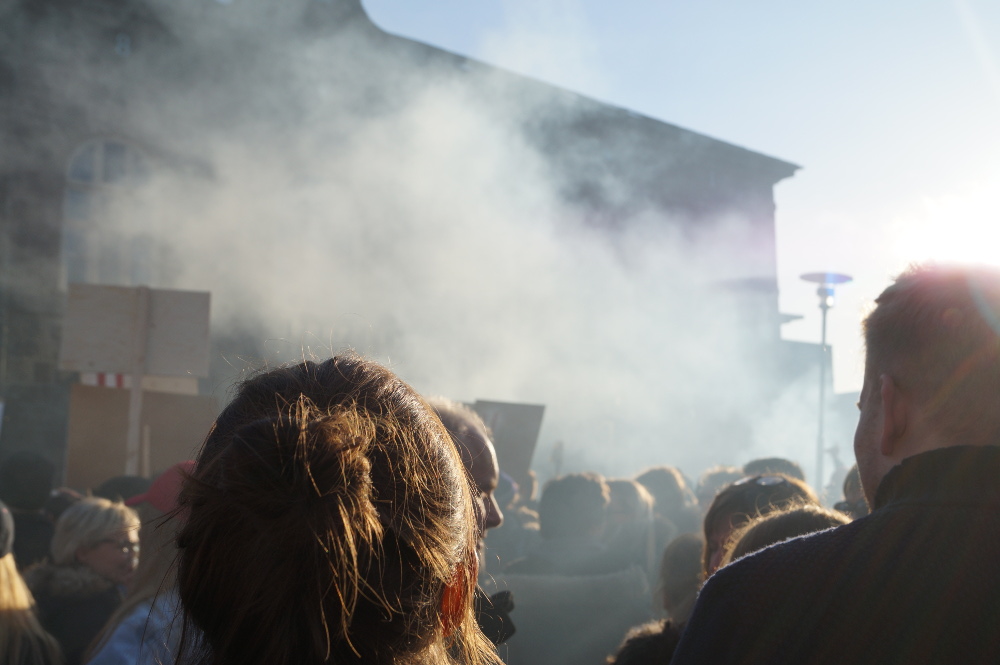 Looks dramatic but it’s only smoke. 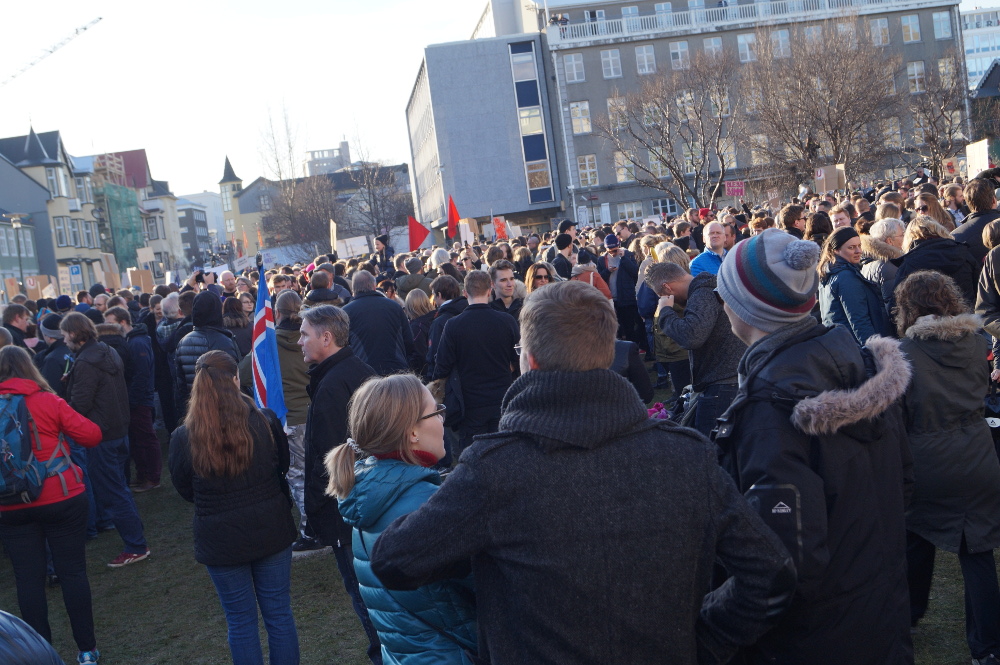 Nearing the end of the protest there was still a lot of people and it looked like they were in no hurry to go anywhere. 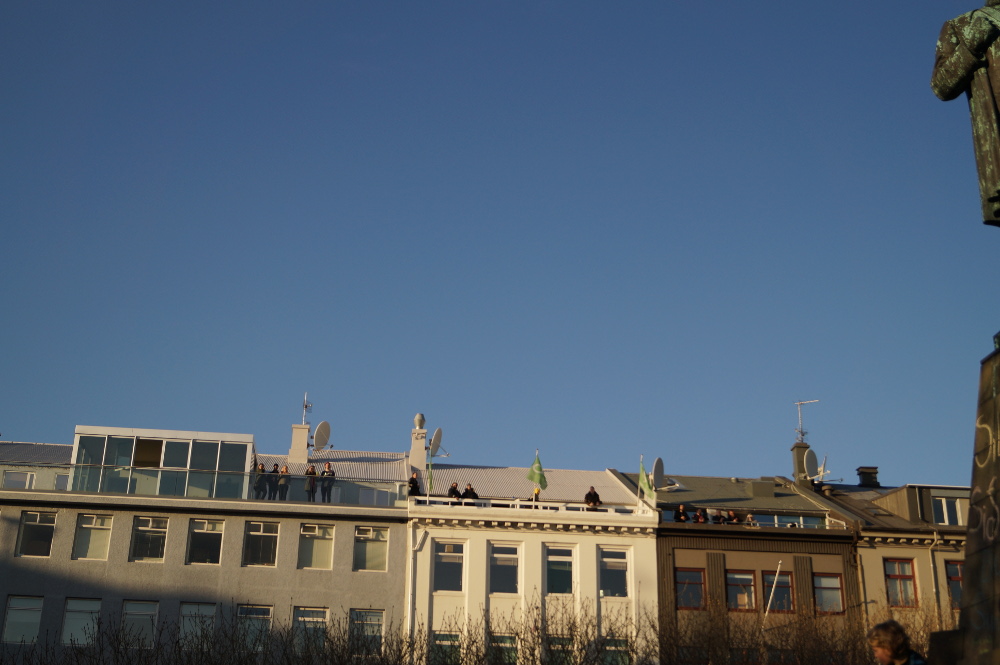 Best view. These houses are on the side of Austurvöllur. 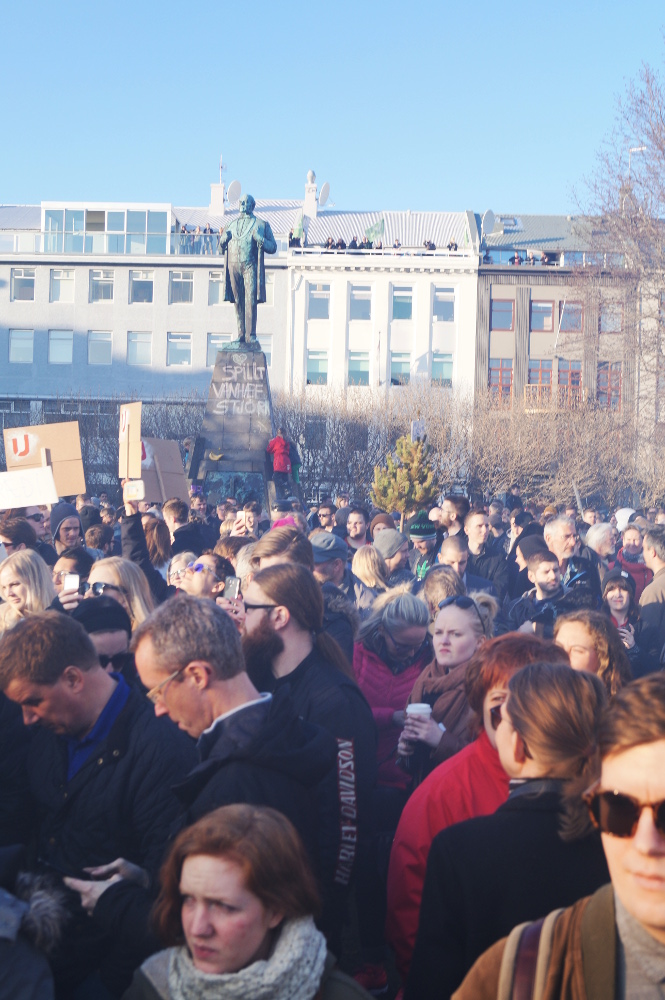 The original protester Jón “forseti” (= president, it was his nickname but he never actually was a president) Sigurðsson among protesting crowd of today. He can still lead them! 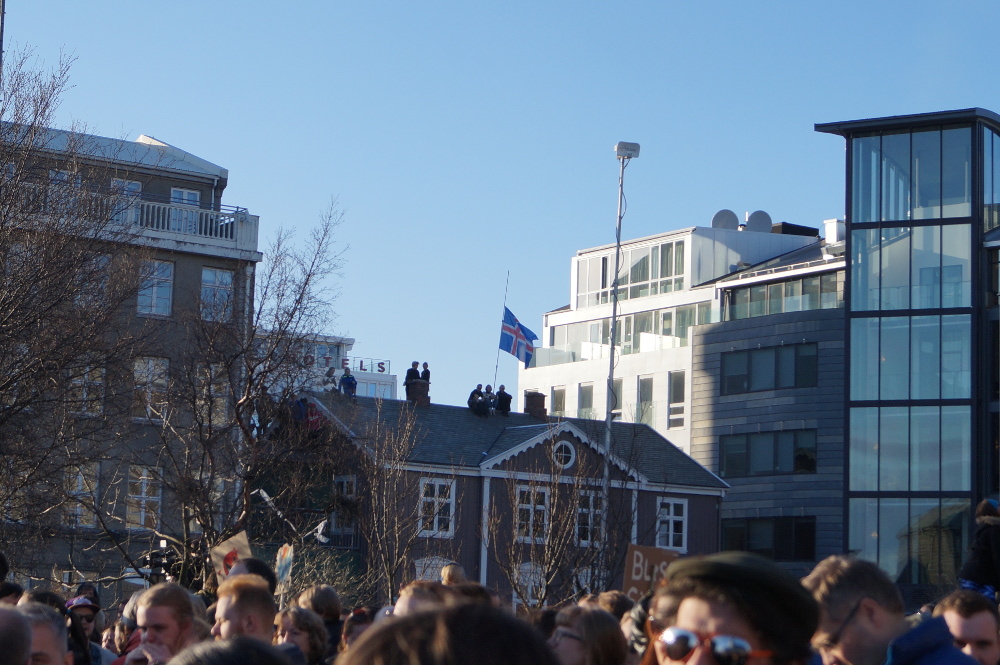 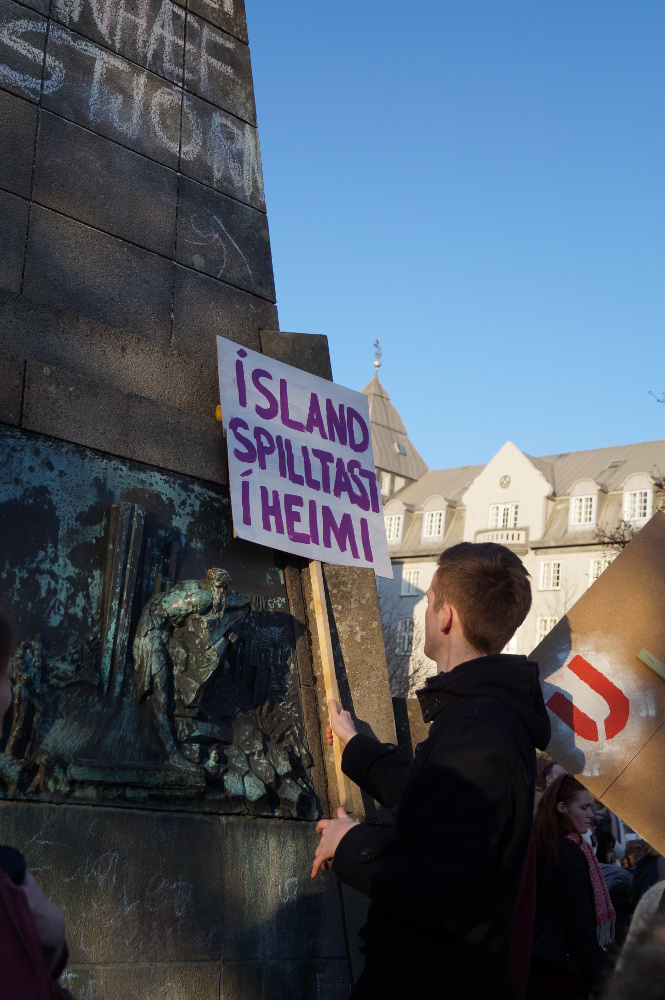 “Iceland, most corrupt in the world”. This is actually a joke on Thule’s old advertising campaign “Ísland bezt í heimi” (= Iceland, the world’s best)(link). 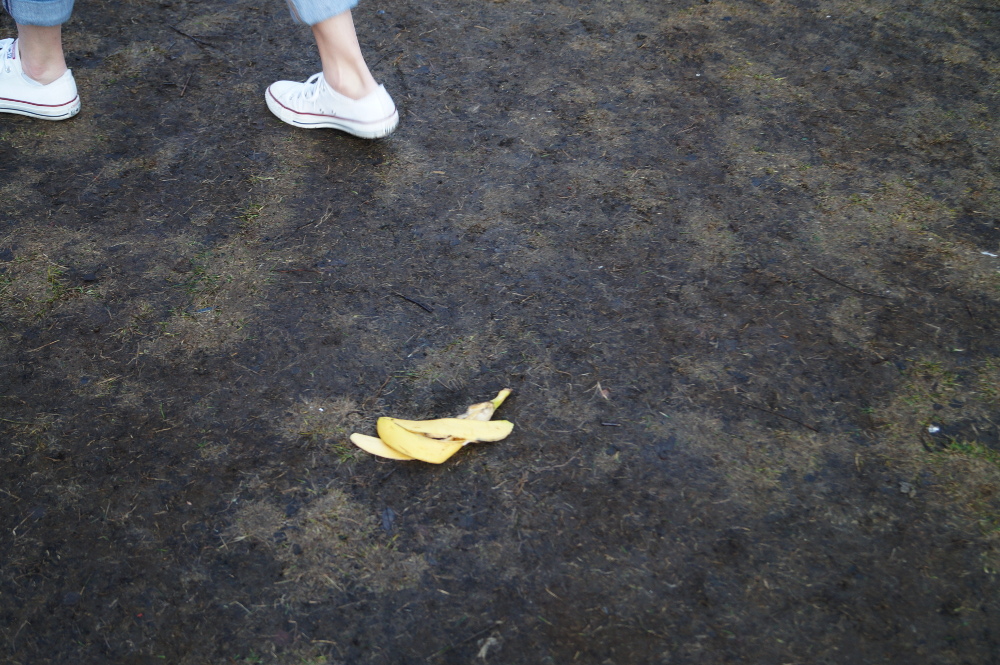 There were so many bananas everywhere, I can’t stress this enough. I almost got hit by a stray one when I went to take photos at the front of the crowd…

The protest may be over for today but there’s no telling if it was a solitary one. When Icelanders protest they’re thorough about it and have been known to protest daily for months if they’re angry enough, so… I’ll keep you all updated!