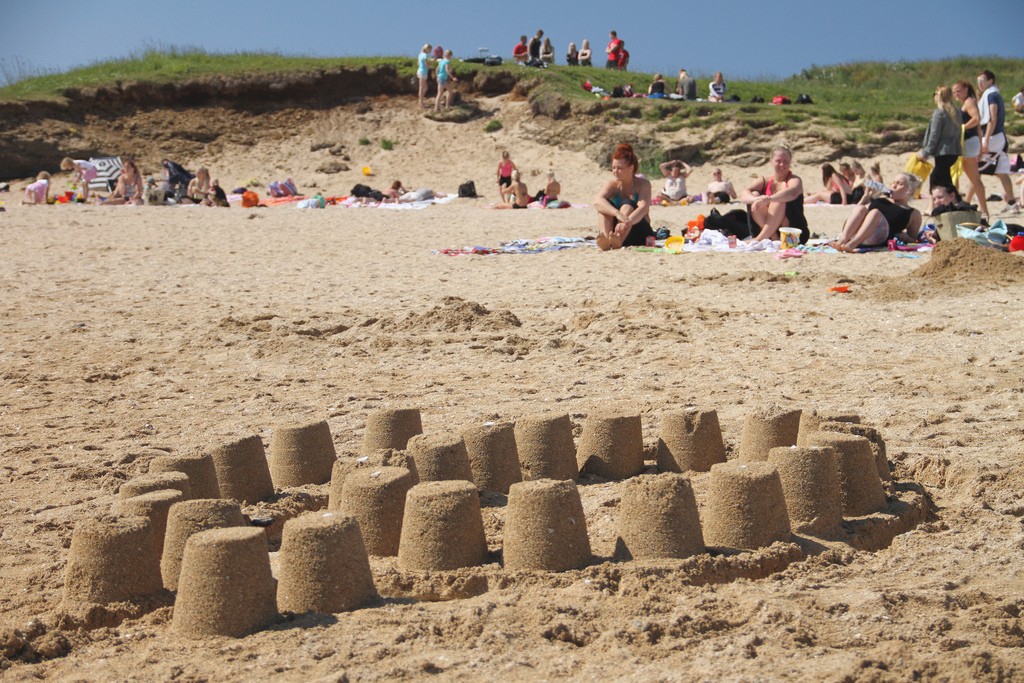 Building a Sand Castle by Helgi Halldórsson at Flickr.

Warm sea and golden sands don’t probably come to mind as the first thing when thinking about Iceland. Yet despite everything, mostly due to the Icelandic spirit of “why not?” we do have both… in one location. Both equally artificial too, since the north Atlantic is not warm by any standard at any time of the year and usually most of the Icelandic beaches are lava sand and therefore black (with a few exceptions in the north-west Iceland).

Icelanders don’t exactly lack in warm swimming places to begin with either. All swimming halls in this country are so well heated you’ll feel tired very soon if you try actually swimming in them. The locals use swimming halls a great deal for soaking in hot tubs instead, it’s a form of relaxation and a perfect chance to exchange the latest gossip. An occasional foreigner will be immediately questioned about their origins and most importantly what they think about Iceland. And yet, in the year 2000 someone had an idea and all of a sudden Nauthólsvík in Reykjavík had the aforementioned beach.

Nauthólsvík, originally a farm built in 1850 that was burned in the beginning of 1900 due to typhoid fever breakout, had already been a swimming area long before the 2000’s. The WW2 saw much military action in the area when it was used f.ex. as an airport for hydroplanes, and as a result the sea became so polluted that swimming in the area was banned for health reasons. The idea of using Nauthólsvík as a beach had already surface though, and for a while Nauthólsvík did have a little hot spring pool that was indeed quite popular, until 1985 when it was closed… but not for long. The seaside was cleaned and Nauthólsvík re-opened for sunbathing and swimming. The golden sand was imported, and as such creates a strong contrast between Nauthólsvík and the surrounding lava sand beaches. Best of all, there’s now both an open air hot tub and another one that’s used for warming up the water in a small, man-made lagoon.

While sea water tends to stay at 12-16°C/54-61°F, the hot tub stays a comfortable 38°C/101°F. It’s easy to locate too, just check where most of the people are crowded! The water is actually first used for warming up houses in Reykjavík and is then sent to warm the beach. Right next to the hot tub opens the lagoon with water noticeably warmer than the sea sitting just behind it. Besides sunbathing and swimming the area is excellent for jogging and, obviously, sailing. Swimming in the sea is in fact popular throughout the year here, even during winter when the sea temperature is much lower than 12-16°C.

We visited Nauthólsvík just last weekend! The tide was out so swimming was out of question, but the beach is a beautiful place for walks and excellent for just relaxing and killing time. 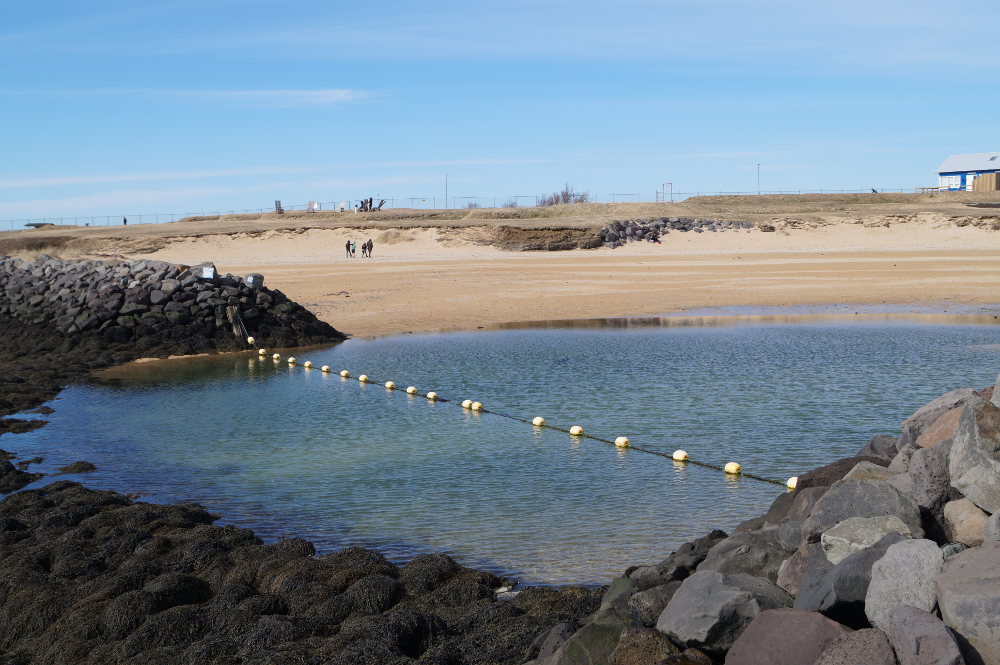 The water was so low that the edge of the lagoon was visible. If the tide was higher this part would be underwater. 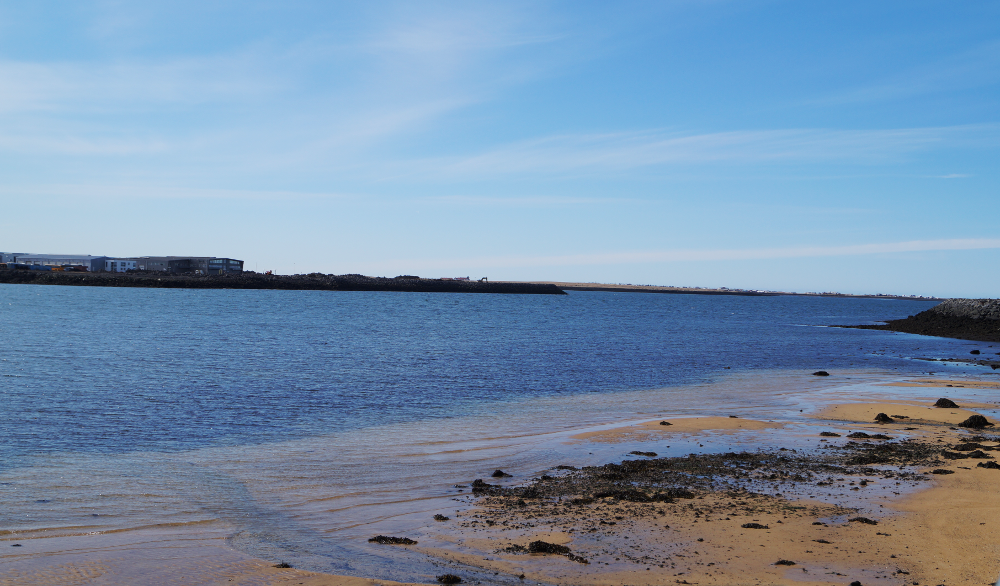 The view out to sea. A little way away all that light, golden sand turns back into familiar black lava. 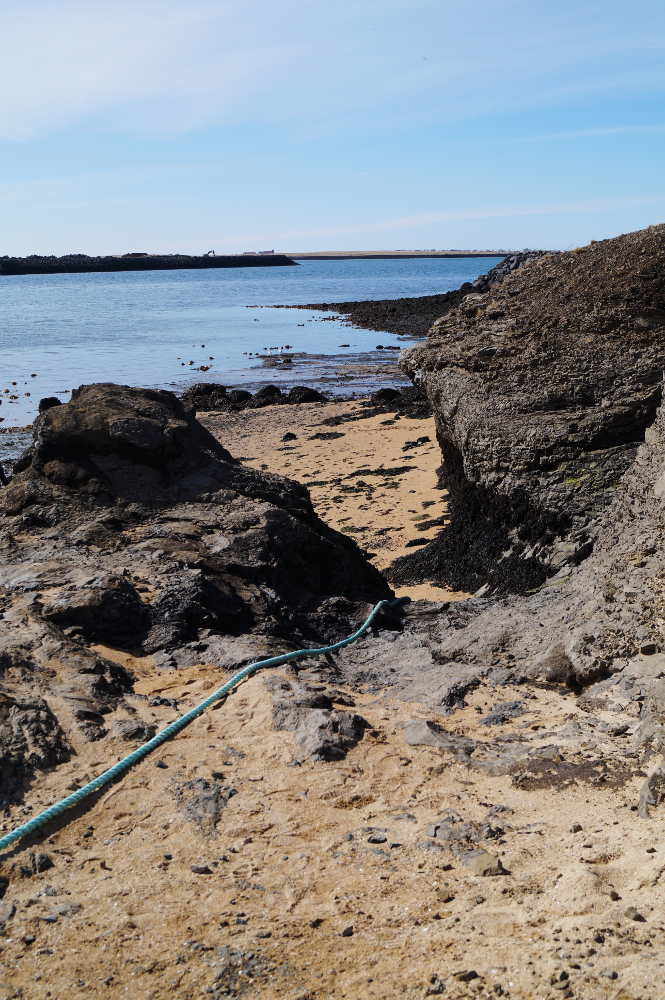 This rope is here to help people both descend and ascend from the lower part. There’s a small yet steep drop and the wet rocks are slippery. When the tide is in water comes up all the way to the top of the seaweed growth on the rocks. 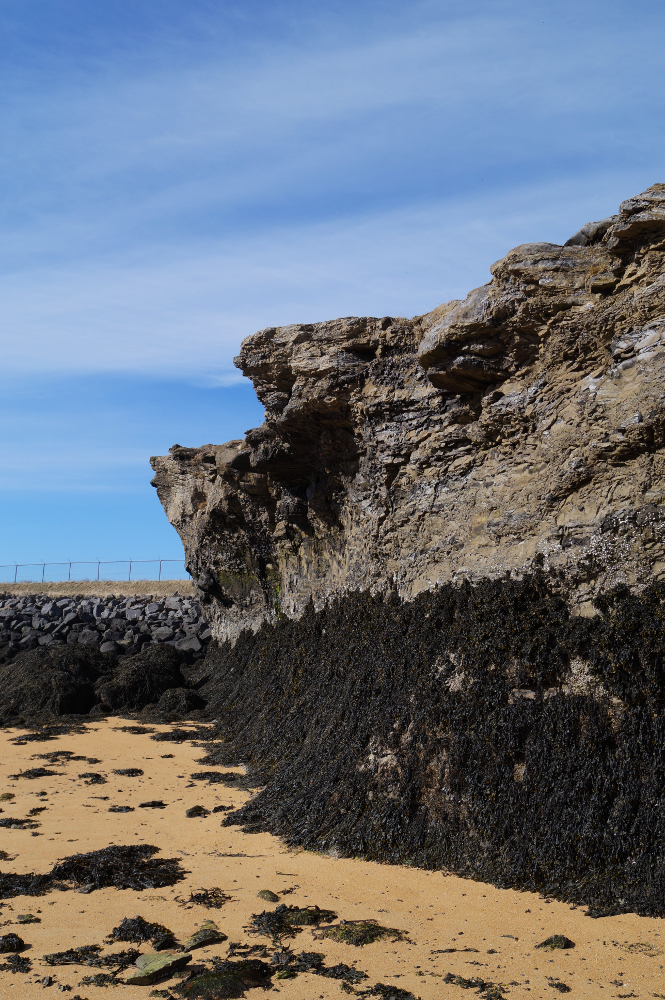 Another look at the rocks. Above the seaweed layer is a layer of barnacles, I was thinking of coming back here when the tide was up just to see how different the place would look. It would also be fun to swim here – well, maybe, I’m really bad with cold water… 😀 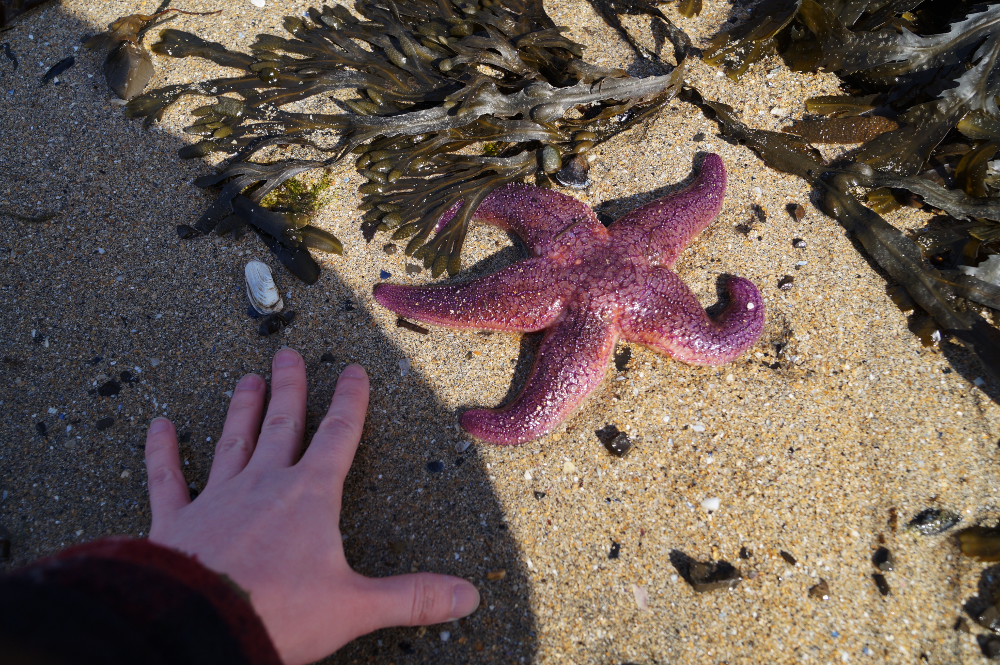 I found an awesome starfish! Alas, it was dead, but at least I got a great photo with it. I also found a few pretty shells.

What to keep in mind when swimming in Nauthólsvík

Some beach vocabulary. With Icelandic you can easily broaden your vocabulary by selecting a few “target words”, f.ex. sjór or sund, and then find out as many compound words that start with those two as you can.