Women’s Day Off Posted by hulda on Oct 27, 2016 in Icelandic culture, Icelandic history

“Why are you still at work, you should be at the demonstration.”

The above is a sentence one doesn’t hear from one’s own employer often, but I did hear just that on Monday this week. My workday lasts normally a few hours more, but Monday was a Kvennafrídagurinn (= women’s day off) and my employer wasn’t going to let me miss it and practically shooed me out because, he said, everyone should show support. 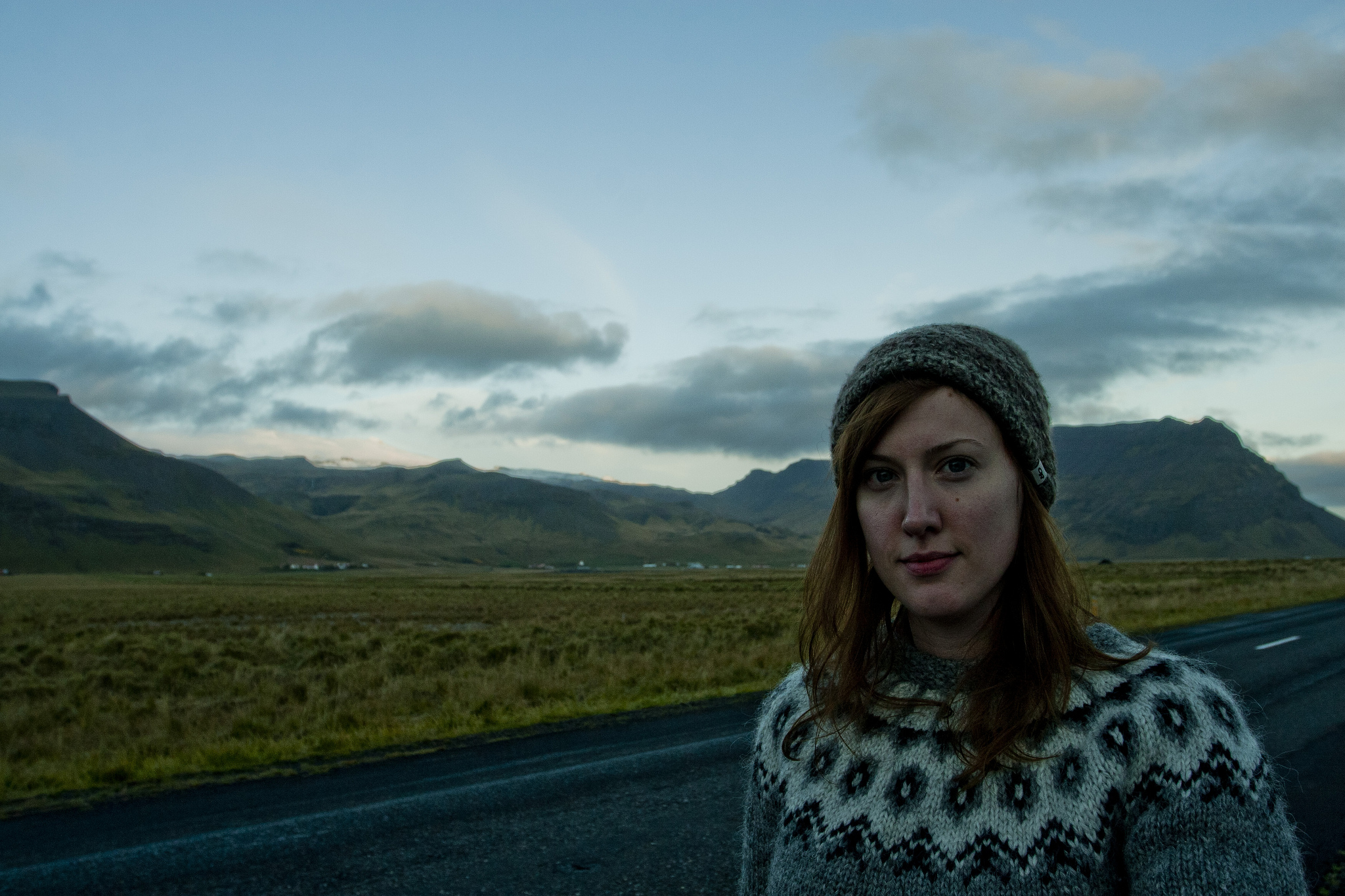 As a Finn I can say this would probably not have happened in Finland. In Finland I would have had to discuss this kind of a thing with my employer first and get his or her permission for a leave, and I can’t imagine one ever sending me away to partake in a demonstration! Iceland does things the Icelandic way though, and Kvennafrídagurinn is an important part of Icelandic history, regarded with pride. They’re held to battle the wage gap between genders which is 14% in Iceland, hence the time of the day when women walk out; that’s when there’s 14% of working day left.

Iceland is, if not the best then definitely one of the best countries in the world for women, and the general attitude shows it. The latest reminder of this would be Miss Iceland leaving a beauty queen contest because the organizer wanted her to starve herself for the competition, and while people celebrate it as something outstanding, anyone who knows Icelanders knows it was only to be expected. You can’t tell an Icelandic woman to do unhealthy, demeaning things and expect her to agree, you’ll be looking at the coldest, harshest wall of HOW ABOUT NO you’ve ever seen. 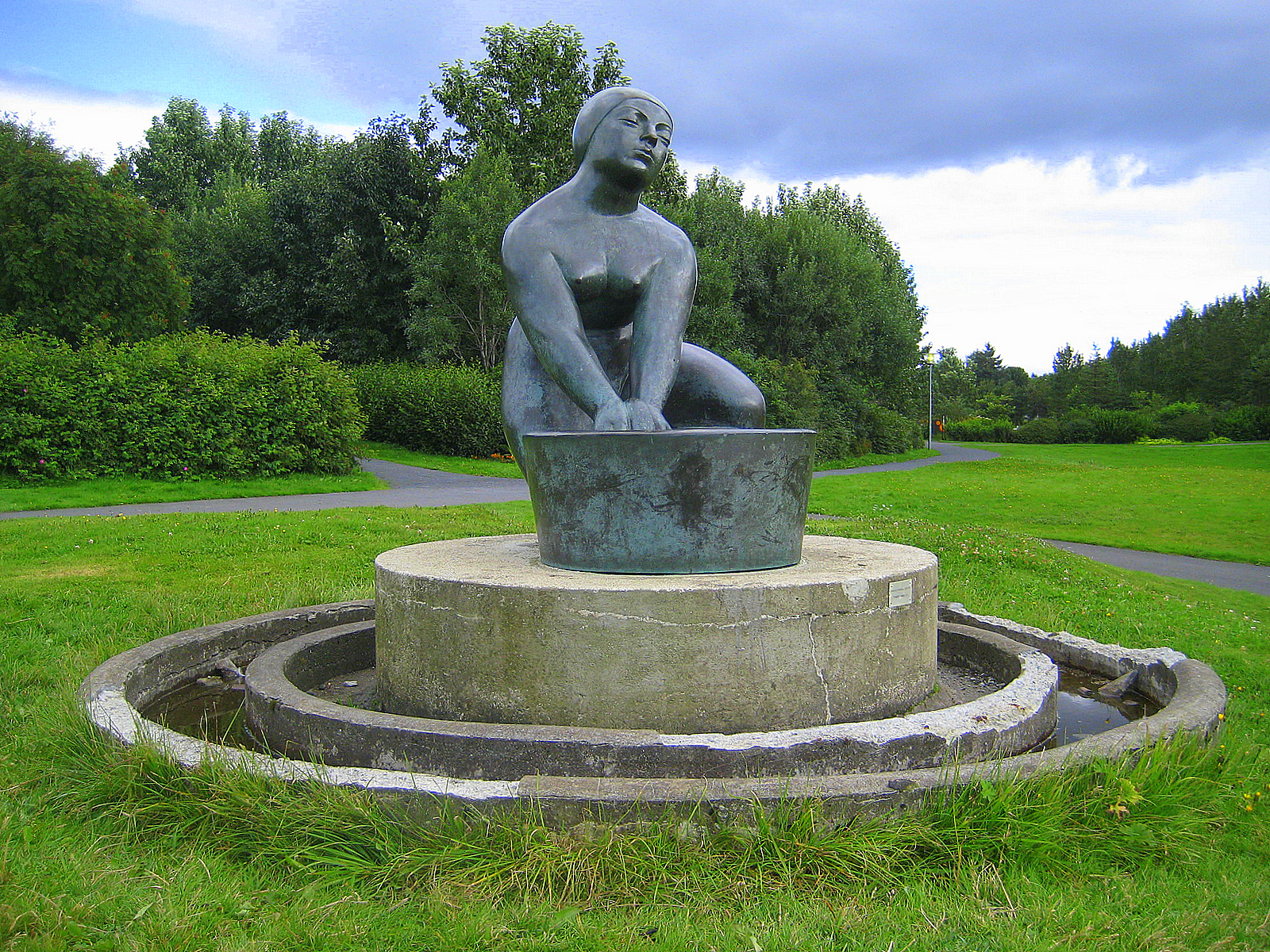 The Washer Women by Helgi Halldórsson at Flickr. These women, often very young (a washer woman trained from childhood and was full fledged by age 14), worked long days at boiling hot springs throughout the year, hard work with very little pay. Quite a few of them were boiled to death by accidentally falling in the spring.

Back to Kvennafrídagurinn. The protest actually shows that Iceland’s gone forward a lot in attitudes, when the first Kvennafrídagurinn held in 1975 had 90% of Icelandic women going on strike, a woman’s pay was 60% lower than a man’s. This first demonstration was not just for working women either, housewives too took part to show support and left all household chores for their husbands for one day. While some men did ok, many were completely lost trying to figure out things like Where Does Food Come From and Are All Children This Noisy, and easy-cook food such as sausages sold out in all grocery stores that day.

As a result the whole country nearly shut down for a whole day. Soon afterwards the law for equal pay was put forward and accepted in the parliament, and though it would still take years to actually start to bridge the wage gap the start for it had been made. Today the gap exists partially because certain jobs that have majority of female workers are generally paid less, such as working as a nurse. By the way, guess which profession did NOT walk out at half past two on Monday? That’s right, nurses. They can’t simply leave work because of what their work is, which is why it’s important that the rest of us show up in the demonstrations instead and bring their topic forward. Everyone should show support. 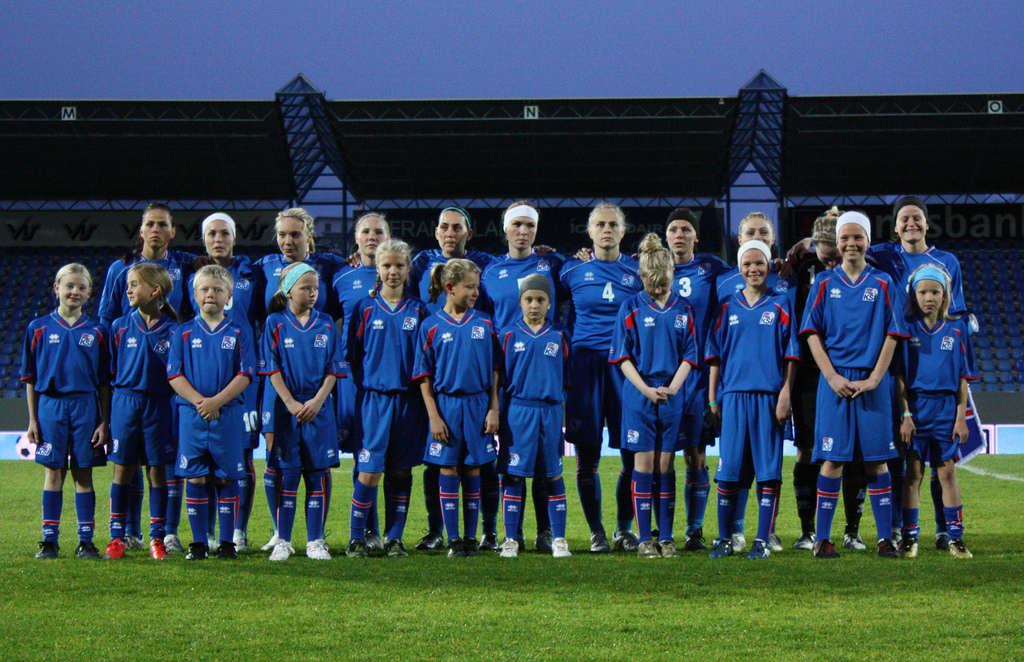 The Iceland women’s national football team by Helgi Halldórsson at Flickr. They do way better than the men’s team but guess if they get paid as well as men, or receive the same amount of attention?