As per usual, I’ve been drowning in Icelandic lit projects again this month; just a few weeks ago, my cabaret show, The Poetry Brothel Reykjavik (Rauða Skáldahúsið) put on a masquerade show, right after I visited the director of the new Vigdís Finnbogadóttir World Language Centre to discuss an upcoming translation project for the organisation. Along the way, I also came attended a kick-off party for Icelandic publisher Forlagið’s Christmas season, inaugurating the Christmas Book Flood (jólabókaflóð).

When I tell people I live in Iceland, they usually ask me about rotten shark meat before moving on to one of my favorite subjects: books. And they ask specifically about the tradition of the Christmas book flood, which, though I’ve experienced it, I don’t know that much about. For those who aren’t totally sure what the book flood is: imagine that all of the books in your country are published at the same time every year, and that your country isn’t very big (say, 350,o00). They’re published alongside a helpful Book of Books, detailing them all, and accompanied by readings, book launches, and fancy parties with lots of wine and cheese. And then, at the crux of the event – Christmas eve and day – you receive and give books from that outpouring of literary deliciousness (which includes ALL GENRES, even books about horses, cook books, kids books, and, perhaps Monster Books).

That’s the book flood in a nutshell. 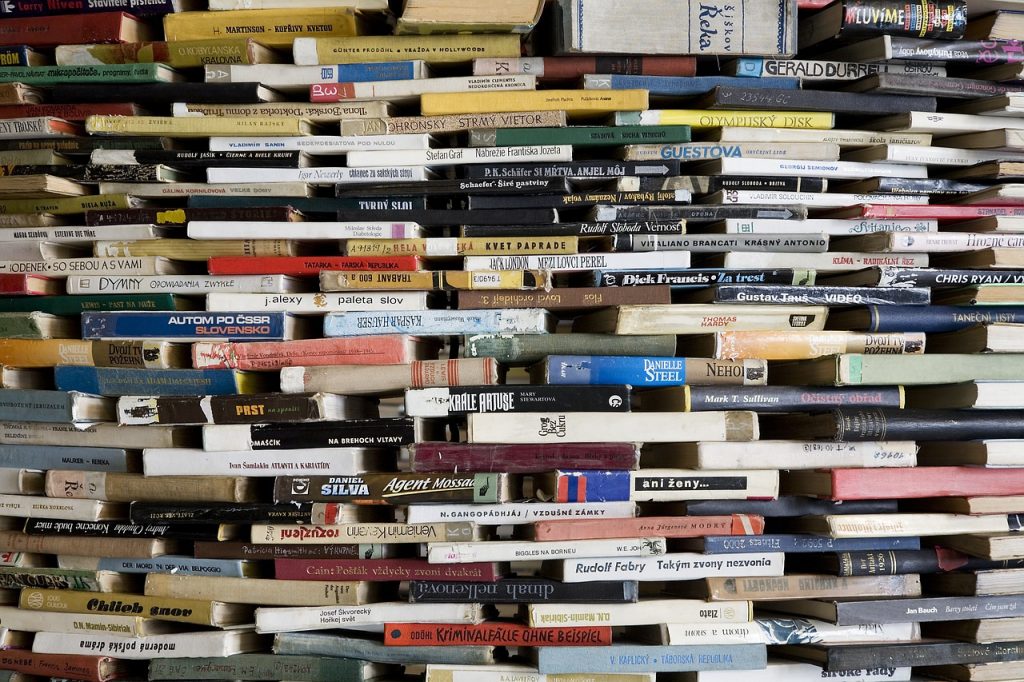 (c) Maxpixel
Free for commercial use
No attribution required

But, I’ve really wanted to know the history of this event, and there isn’t a whole lot of info out there.

So I got to work on a little bit of research, which came up short, but here’s what I got!

I wasn’t able to find a clear source that identified the origin of the annual book flood, but I was able to deduce that it began during WWII, when restrictions on imports to Iceland were rather harsh, Icelandic currency couldn´t be used for those imports, and Icelanders weren´t, precisely speaking, affluent or in possession of a multitude of sellable commodities.

But they did have paper, which was one of the few commodities not rationed during the war. And so, rather than stare a piece of paper on Christmas eve, the Icelanders once again took fate into the own hands and printed a flood of books. It isn’t an enormous leap, considering Iceland’s long literary history – of course they’d turn to books when times were tough. It’s ground to stand upon.

The deluge is said to start around November 1 of each year, perhaps marked by the release of the newest Arnaldur Indriðasson thriller. Or maybe it happens when the Bókatíðindi — a literary phone book for the year– appears. Or maybe it’s somewhere in the flurry of poetry and book readings that take place in bookstores and venues across Iceland.

But this year, according to the head of the Icelandic publisher Forlagið, the flood will be somewhat delayed because of an issue at the Finnish printer Finnum, where over 100,000  Icelandic books will be published. The books will need to be reprinted, or repackaged, before the book flood can begin. (Luckily, all of this info came to light on Nov 10, and it now looks like everything is in order).

If you’d like to know where to go to flip through the Book of Books 2017, head here.

In conclusion, it was not born as a Card-Company style holiday, but rather it grew organically out of a sincere desire to share with your loved ones.

I’m sure you’re all familiar with the stymying statistics of the Icelandic book publishing industry – so I won’t take you through them again. But you might also come from a more pragmatic point of view, and have realized that the publishing industry isn’t setting itself up for success by publishing a hoard of books, all at the same time, once a year. I’ve mentioned before, but smaller, independent publishers like Dimma (whose books you SHOULD read) and Partus Press have started to change the publishing cycle. Though the book flood will continue to be a much-anticipated time to come together, consider books, celebrate your best friend’s newest release, the publishers involved will be able to keep their heads above water by releasing books more gradually, in a dispersed cycle.

I am not, in fact, an economist, so I can’t predict what that might look like, but it’ll certainly be interesting to see how this tradition changes overtime. Needless to say, reading will remain an important part of Icelandic life, and sharing, a centerpiece at the Christmas table.

On that note, I wanted to clarify this oft cited phrase: að ganga með bók í maganum. You may notice that this phrase, which means to ´carry a book in your belly´ due solely to anatomical inaccuracy – it means, rather, to carry a book in the womb. The noun ‘meðganga’ means ‘pregnancy’.

Everyone has a story to tell.

And you tell it in whichever language you like – be it your first, fifth, or 27th. 🙂