Love and Courtship in Indonesian Culture Posted by asimonoff on Feb 17, 2015 in Uncategorized

In Indonesia, where family plays an important role in partner selection, a courtship and finding the right partner is a family affair. Most parents believe that the best candidates for their future daughter or son-in-law should have a good background based on the crucial aspects of “Bibit, Bebet, Bobot” which has a Javanese origin, referring respectively to family wealth, social rank, and ancestry.  Parents believe that their future in-laws should at least come from the same social status and religion. 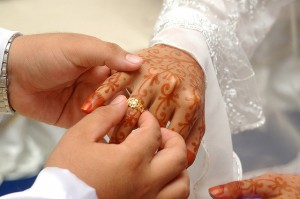 Indonesian culture places higher importance on the acceptance and approval of community or family. Therefore, at the early courtship, both sides try their best to be accepted by their parents. There is a saying in Indonesia, “Kalau kita menikah, kita juga menikah dengan keluarga” which means when you marry your girlfriend or boyfriend, you also marry the family. The engagement period is rarely recognized in Indonesia, as the couples move to the marital stages soon after a long courtship. 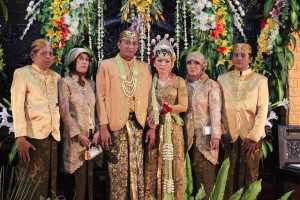 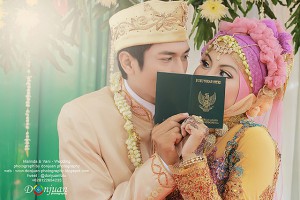 Young people in Indonesia usually develop a romantic interest in Junior High School (Sekolah Menengah Pertama or SMP) when they are around 12 years of age.  Even though, they are involved in a romantic relationship (berpacaran or pacaran), they spend most of their time with friends, siblings or family.  They rarely go out on their own.  Parents usually urge their youngster to focus on education and discourage them from having an early romantic relationship.  They often tell their children that they are “masih kecil”, meaning, they are still a child or too young to date.

Young men who have a romantic relationship while they are still in Middle School or High School, commonly visit the girl in her house.  Although a boyfriend may visit his girlfriend on Malam Minggu (Saturday Night), they spend time with the girlfriend’s family. They watch TV, have interesting conversations, or play guitar and sometimes, the boyfriend also brings with him his male friends to hang out with them. 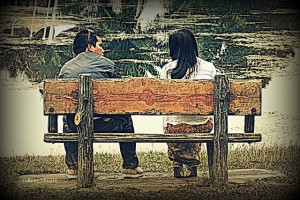 When couples go out, they usually go to the movies, eat at street food vendors “warung” while having a conversation to get to know each other better. They don’t show physical intimacy openly, but holding hands is acceptable.  However, Indonesians are increasingly doing more than just holding hands in public.  “Kencan” or dating is also gaining acceptance in Indonesian society as a path that does not always lead to long courtships and marriage.

Images were taken from Flickr.com/creative commons

I’m an Indonesian language instructor, instructional material developer, reading test developer, and interpreter. I have been teaching Indonesian to adult students for 15 years, and have been teaching students from many backgrounds, such as private, military and diplomatic service employees. I’m Indonesian, but am living in the US now; my exposure to different cultures in my home country and in the US has enriched my knowledge in teaching Indonesian as a second language. I approach the teaching of the Indonesian language by developing students’ critical cultural awareness and competence. This method of teaching has been proven to be a key to the success of my students. Students become conscious of the essential role culture plays in the language.