Telling Time in Indonesian Posted by asimonoff on Aug 20, 2015 in Uncategorized

The following are some of the words and expressions that can be used when telling the time in Indonesian.

When you are telling the time in Indonesian, the word “jam” (pronounced like “jump”) is generally used. It precedes whatever time you are referring to. The word order is important as it will change the meaning. For example, if you want to say “eight o’clock”, you will say “jam delapan”, but if you say “delapan jam”, it means “eight hours.”

Indonesia uses 24-hour international standard time formats when writing the time.  When speaking the time in Indonesian it referenced on a 12-hour format with qualifiers like: pagi, sore or malam.

Telling the time “past the hour” or “until the hour”

Telling time in Indonesian is influenced by the Dutch way of telling time, dating back to when the Dutch occupied Indonesia. Time is described as “on the hour”, “past the hour (lebih/lewat)”or “until the hour (kurang)” in the Indonesian language.

You will say “lewat/lebih” when the minute-hand is just past the hour.

Until the hour (kurang)

You will say “kurang” when the minute-hand is just before the hour.

How to write and speak the time in Indonesian

Use the following time zone names and equivalences when you write or speak the time in Indonesian:

These time zones equivalences will be very useful when you have business engagements in different time zones. However, if you are in the same time zone with those you are communicating with, it is not necessary to say it. Just write it down according to the time zone.

Questions and answers about time

Use the question word “berapa” when ask about time or when you expect the answer is a number. 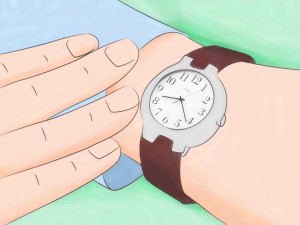 Indonesia is known for its “jam karet” or “rubber time” (to stretch time or to be late).  Be aware that you might not be able to hold a meeting on time, but it may start one or two hours late.  This generally happens when you have an appointment with someone with a higher social status or a high-ranking government official. In non-work situations, Indonesians usually invite people two hours early with the expectation that they may not show up on time.

I’m an Indonesian language instructor, instructional material developer, reading test developer, and interpreter. I have been teaching Indonesian to adult students for 15 years, and have been teaching students from many backgrounds, such as private, military and diplomatic service employees. I’m Indonesian, but am living in the US now; my exposure to different cultures in my home country and in the US has enriched my knowledge in teaching Indonesian as a second language. I approach the teaching of the Indonesian language by developing students’ critical cultural awareness and competence. This method of teaching has been proven to be a key to the success of my students. Students become conscious of the essential role culture plays in the language.