Let Me Call You … Stóirín (Storeen) (Irish Terms of Endearment) Posted by róislín on Feb 7, 2014 in Irish Language 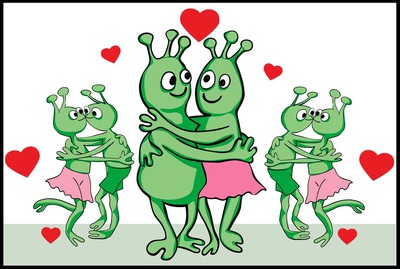 Irish has many many terms of endearment.  It actually also has many pejorative terms for people, ach sin ábhar blag eile.  In this blog, given the season, we’ll look at various ways to say “darling,” “sweetheart,” and “love” in Irish.   Some of these have been covered in previous blogs around this time of year, but they’re always worth another gander.

First let’s look at some of the ones which also have other very basic meanings in Irish aside from the realm of love and affection.  We’ll see the basic word in Irish and its meaning as a term of endearment.  There will be a blank space to fill in the related meaning (freagraí thíos):

7) ansa, love, loved one, “A ansa!” (This is a variation of “ansacht” and, incidentally, is a chance homonym of “ansa,” an adjective meaning “difficult,” and of  “ansa,” an astronomy term, the same as the English “ansa,” the most projecting part of planetary rings, such as those of Saturn, based on the Latin “ansa,” a “handle” — nothing to do with “love handles,” but it’s a tempting thought!)

And then, according to Tadhg Mac Dhonnagáin’s delightful “Is Tú Mo Chiaróg,” there are more phrases that can be co-opted for this purpose, but I wouldn’t vouch for them in real life.  He sings:

In sequence, he is comparing his sweetheart to a sheaf of rushes (beinnsín luachra), a stack of barley (staicín eorna), a sack of potatoes in the middle of the Great Hunger (mála fataí i lár an Ghorta Mhóir), a sod of turf (fóidín móna), a “sod of confusion” [sic] (fóidín mearaí), and a jellyfish (smugairle róin).  The latter, even more endearingly, translates literally to “seal snot,” based on “rón” (seal).

With all of that, I wonder how Zsa Zsa Gabor would have taken to speaking Irish.  Could she have “dahlink-ized” the word “storeen” in some way?  Ah, well, ábhar machnaimh.  Fad m’eolais níor cuireadh Gaeilge ar “Green Acres” riamh.  but come to think of it, I wonder if whoever dreamed up the character of Arnold the Talking Pig might have been influenced by the “muca” in Caibidil 3 of Myles na gCopaleen’s An Béal Bocht — the ones that the author tells us fooled an inspector into believing that the household had twelve English-speaking piglets.

Well, whether you use terms of endearment primarily around Lá Vailintín or all year around, the above selection should offer a pleasant range of choices.  And remember they’re often doubled up, adding to the sentiment (A ghrá mo chroí!  A chuisle mo chroí!, srl.).  SGF, Róislín