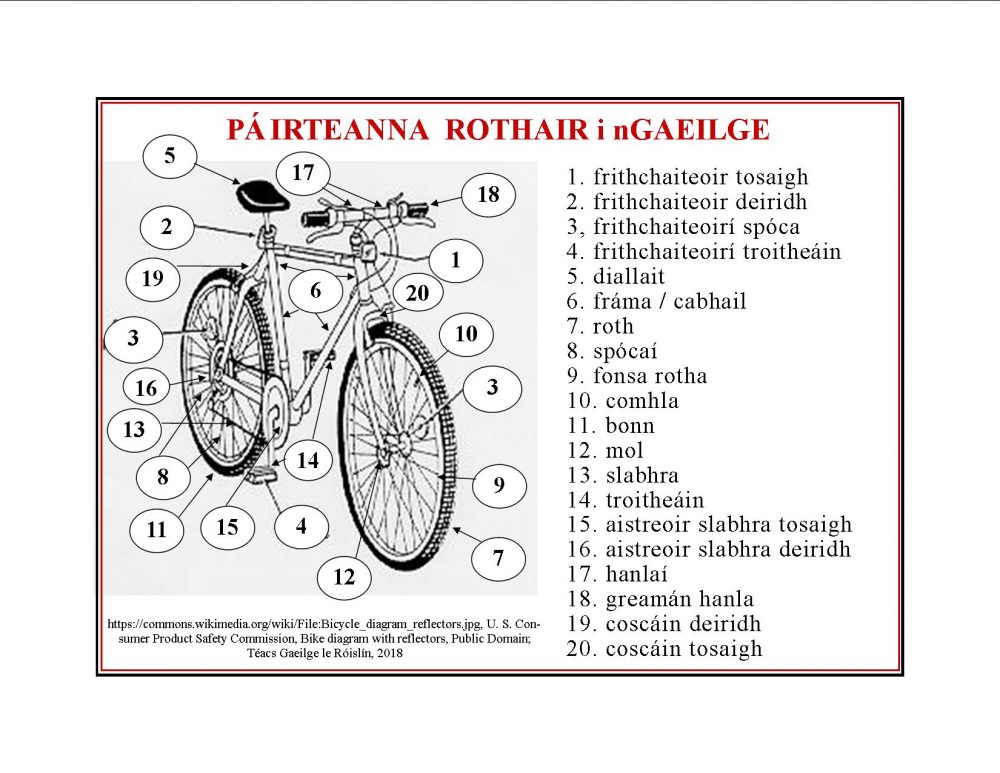 Inspired by doing the blogpost on cyclist extraordinaire and octogenarian Dervla Murphy (nasc thíos), I decided to do a little more on bicycles before moving on to some other topics.  So let’s go through a list of some of the parts of a typical bicycle.  I’m sure that for a meicneoir rothar proifisiúnta, there would be even more parts, but fiche téarma seemed like a good place to start.  So here they are in numerical order, matched to the graphic above, with a few background and pronunciation notes.