Please Don’t Eat the ‘Nóiníní’ (and a few other flower phrases in Irish) Posted by róislín on May 16, 2016 in Irish Language 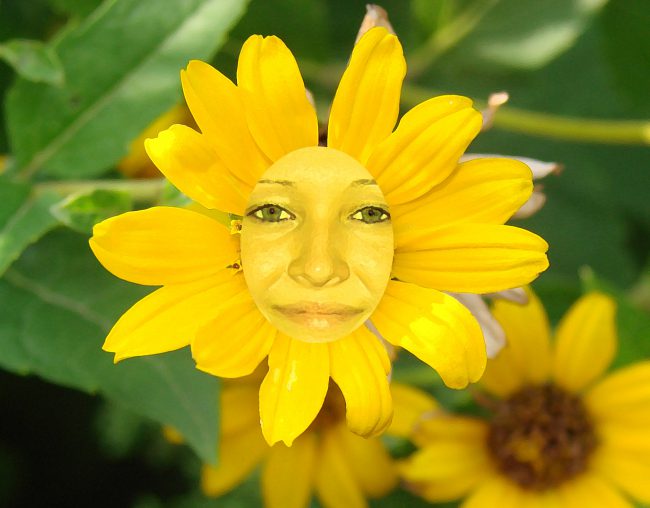 Mostly we’ve been focusing on ainmneacha lately, but I thought we’d take a short break and look at the flower behind one of the flower-themed girl’s names featured in a recent blog.

So today we’ll look at various uses of the word “nóinín” in Irish.  We discussed ‘nóiníní’ pretty thoroughly in the last blogpost, mostly as a girl’s name, usually in Irish (Nóinín) but occasionally anglicized (Noneen).  Let’s review the different forms of the word, and then look at a couple of different types of daisies and other daisy phrases.

na nóiníní, of the daisies (same as the 3rd line, because this is one of those wonderful 4th-declension nouns that don’t change when you say “of the ….” ).  Peitil, gais, duilleoga agus bláthóga strapachruthacha na nóiníní

Here are a few varieties:

nóinín páipéir, everlasting daisy (with 2 akas to its credit, “strawflower” and, “paper daisy,” logically enough, since the Irish literally means “daisy of paper.”)

nóinín mór, ox-eye daisy, literally just “big daisy.”  But a different type of ox-eye daisy doesn’t use “mór” at all; it’s “easpagán buí,” lit. yellow marguerite (“marguerite” being another word for ‘daisy’).  Actually easpagán must be a sort of diminutive of “easpag” (bishop), but not as small as “*easpaigín,” if that’s even a word, or “*easpagáinín,” which may not be a word either.  “Sagarteen” (Little Priest) I’ve heard, right enough (as in the song, “An Sagairtín,” sung by Joe Heaney and others) but so far no “Little Bishops.”  Well, if flowers can have names like “Jack-in-the-Pulpit’ and “Lus na Maighdine Muire,” I’m sure we could have flowers whose name means “bishop” as well.

The “nóinín mór” is also sometimes translated as “dog daisy,” just to add to the mix.  So what is a “dog daisy,” really?  Is it the flower whose name means “dog daisy” (nóinín madaidh) or the flower described as “big,” and equated in English with an ox’s eye?  And what’s the deal with ox-eyes anyway?  Why not “bull’s eye,” “cow’s eye,” “pig’s eye,” etc.  Next time I meet an ox, I’ll have to look more closely at his eyes.

Leaping from the diminutive daisy to the impressively tall sunflower, we have the term “nóinín na gréine” (lit. daisy of the sun) for “sunflower,” although that plant is more typically called “lus na gréine.”  That latter term, lus na gréine, appears quite charmingly in the children’s book, Camille agus na Lusanna Gréine, by Laurence Anholt, whose Leonardo and the Flying Boy has also been translated into Irish (Leonardo agus an Buachaill a D’eitil).  Both of the Irish titles are available from Cló Iar-Chonnacht (www.cic.ie).

And a few uses of ‘nóinín‘:

Which can be made into a verbal noun:

And speaking of daisies and computing, I haven’t seen one for a while, but there’s the term “printéir roth nóinín” (daisy-wheel printer, lit. printer of wheel of daisy).

As for the title of this blogpost, you probably noticed that it’s based on “Please Don’t Eat the Daisies,” the book (by Jean Kerr), song (with its pleasant but earworm refrain), movie (with Doris Day) and TV series (on NBC), which are quite fun, if definitely “Meiriceá na gCaogaidí/Seascaidí.”  It seemed a shoo-in for offering up a context for our “blagmhírfhocal an lae,” so I couldn’t resist it.  Hmmm, “earworm” i nGaeilge?  Ní fheicim i bhfoclóir ar bith é.  ” *Cluasphéist” nó ” *péist chluaise,” is dócha.