Anyone who has done a bit of walking in Italy will sooner or later notice the little red and white stripes painted on trees, rocks, telegraph poles, old buildings etc. These segnali (signs) mark the routes of sentieri (footpaths) most of which have been created by CAI the Club Alpino Italiano (Italian Alpine Club). 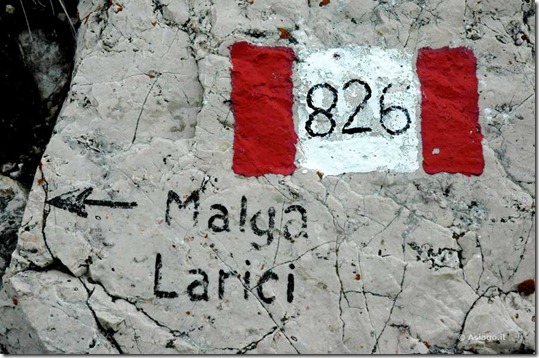 Going for a camminata (ramble or hike) in Italy can be a pretty hit and miss experience due to both a lack of accurate and up to date maps, and the idiosyncratic marking of trails. I don’t know who it is that paints those little red and white signs but they probably know the route pretty well and fail to understand how a misplaced sign could confuse someone unfamiliar with the area.

A common scenario, for example, is that we’ll be exploring a new sentiero, happily following the abundant red and white signs, well perhaps they’re a little too abundant. I mean do we really need one on every third tree when there are no other trails in sight! But hang on a minute what’s this, a junction. In front of us the trail forks in two directions, in the middle of the fork is a tree and beautifully hand painted on that tree a red and white sign, but no hint of which fork to take, not even a simple arrow, and as our map is basically a reprint of a military map from the late 19th century (the ‘latest’ version available) guess what, it’s down to good old guess work! 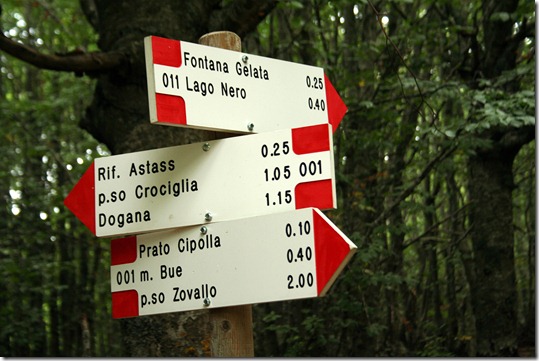 Fortunately the majority of sentieri maintained by CAI are not like this at all, and the volunteer workers of the Italian Alpine Club do a great job in helping walking enthusiasts to enjoy Italy’s amazing, rugged landscape.

The Club Alpino Italiano was formed in August 1863 by Quintino Sella, scientist, politician, economist, and statesman, just three years after the unification of Italy. Sella was a passionate Alpinista (mountaineer) who wanted to raise cultural awareness of the Italian Alps. The idea to form CAI was born during the first Italian expedition to scale the summit of Monviso (3,841m) in the Piemonte region, of which he was the leader. 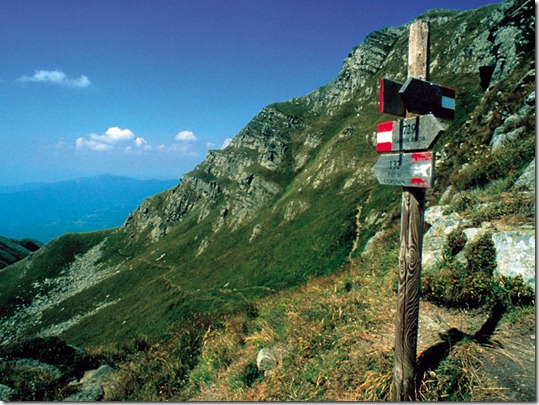 These days CAI has grown into a huge organisation with around 500 local branches maintaining around 60,000 km of footpaths and 700 mountain refuges or bivouacs which are available to anyone who enjoys “l’andar-per-monti” (mountain walking). The main objective of CAI remains that of promoting: “mountaineering, the knowledge and study of mountains, specifically those in Italy, and the protection of the environment”. They also aim to create a "cultura della sicurezza" (lit. Culture of safety) and to this end they have founded mountaineering, alpine skiing, and rock climbing schools. If you would like to know a bit more about CAI and its activities check out this link: Club Alpino Italiano . 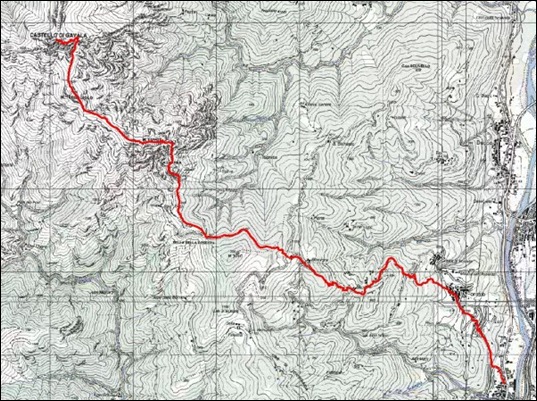