Carmela boarded the 07:21 train bound for Modena. Wearing a Bonnie Parker style beret, an old faded red hoodie and worn out jeans, she blended in like a chameleon with the early morning workers on their way to just another day on the production line.

But Carmela’s was a different line of work. It had its risks of course, but it paid well and the hours were short. Which gave her plenty of time for her real passion: her extensive collection of Italian footwear. 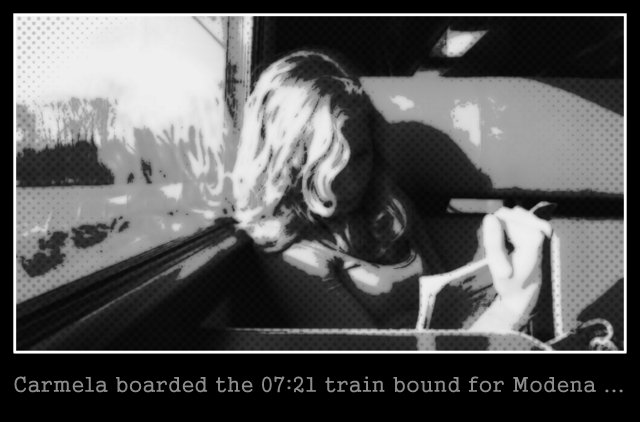 She glanced down at her latest acquisition, a gorgeous pair of black ankle boots that she’d managed to pick up for only 260 Euro. Smiling furtively, she shuffled her feet back under her seat. It wouldn’t do to have any of these factory workers noticing the incongruity between her generally shabby appearance and the extravagant footwear.

She looked up suddenly, and found herself staring directly into the eyes of a young vigile urbano. The local policeman, also on his way to another day at work, glanced down at her feet, saying “Permesso”, reached forward as if to grab her ankles and drag the exotic boot out into the light of day where he could get a better look at them. 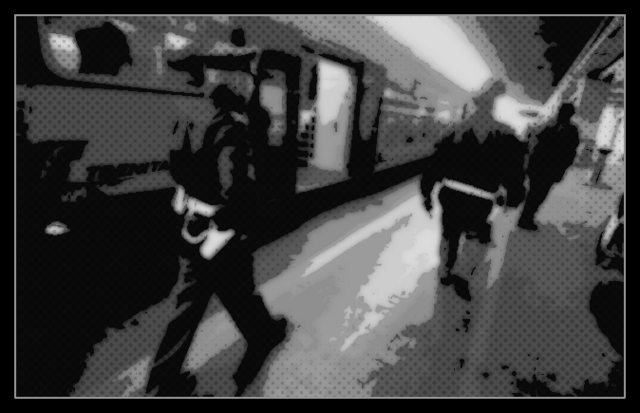 Swallowing back the huge sigh of relief that welled up in her chest, Carmela gave him her most radiant smile. “Grazie infinite signore, lei è troppo gentile” she said, as she recovered the small black leather bound notebook from his outstretched hand.

The vigile maintained his smile for just long enough to make his interests in Carmela quite clear, then turned to look out of the window as the mist shrouded landscape of the pianura slipped by. 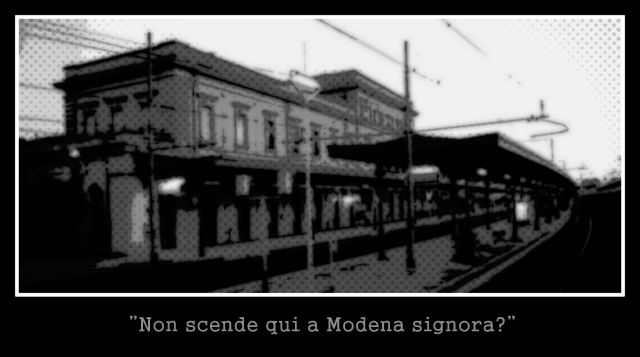 Later, the squealing and hissing of brakes combined with the usual indecipherable announcement over the PA foretold their imminent arrival at La Stazione di Modena. The young policeman arose from his seat and grabbed his heavy bag from the rack above their heads. He gave Carmela another of his charming smiles. “Ma com’è alto e prestante questo … proprio bello!” thought Carmela, “però ….”
“Non scende qui a Modena signora?” he asked her. Carmela hesitated, she had to make a decision, and quickly. “Uh, sì, no, no io … vado a visitare la mia vecchia zia che sta male. Abita a Mantova, sa ….” stammered Carmela.

Dear Readers, what is Carmela’s mestiere, and what is written in her precious libretto nero? Well, I’m afraid you’re just going to have to wait for part 2 of ‘Carmela’s Italian Footwear Obsession’ to find out.

P.S. If you haven’t already done so, you may want to read In A Shoe shop In Italy