When the train pulled out of La Stazione Di Mantova just before midday, Carmela was still on board. Mantova had been on her list of ‘luoghi da visitare’ along with the name of an expensive shoe shop and a conveniently located bank, but having told the young vigile that silly story about visiting her poorly aunt there, she had immediately penned rimandato alongside that particular entry, just as she had for Modena. 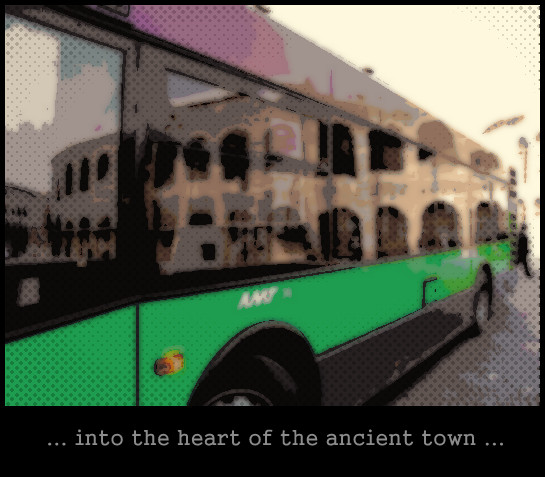 By the time Carmela exited the glass and concrete structure of Verona’s Porta Nuova railway station the sun had dissolved the morning mist to reveal a limpid azure canopy. The shadows now cut clean into the pavement as she headed across the piazza in search of a bus to the centro città.
A poster advertising La Tempesta di Shakespeare at l’Anfiteatro Romano reminded her to try and visit the famous balcone di Giulietta … depending on how things went with her ‘business affairs’ of course. Sometimes it was necessary to leave town rather more rapidly than one would have liked! “Vediamo un po’ … mi piacerebbe davvero visitarlo!” 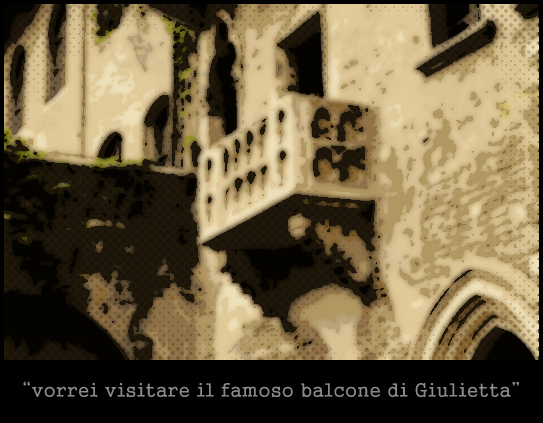 Despite unpleasant childhood memories of her dysfunctional family, Carmela remained at heart a romantic. But, “è meglio sognare” she always told herself, “alla fine i sogni sono quasi sempre più belli della realtà.”
Yet she was also a pragmatist, and now she had work to do. A cappuccio and pasta alle mele was her lunch. If she ate too  much she wouldn’t be able to concentrate, and she’d already snacked on the train. Now to find an anonymous and inexpensive pensione where she could settle down to peruse her little black book … and draw up her plans. “Meno male che quel poliziotto me l’ha ritrovato sul treno! Devo essere più attenta in futuro.” 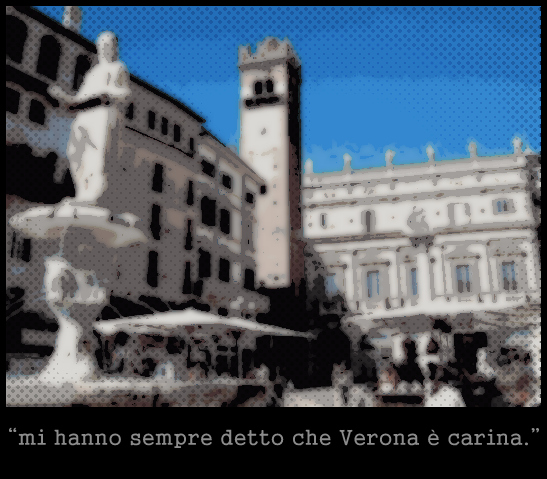 At the Ufficio Turistico in the nearby piazza she picked up a map of Verona and a list of pensioni economiche, then set off.
Later in a small cosy room at La Pensione La Rosa, with her few belonging laid neatly out on the dresser, she sat on the edge of the bed, removed the expensive black ankle boots, and swung herself round until she was propped up comfortable against a couple of pillows with her legs stretched out before her. She glanced at the Beretta 92 placed within easy reach on the bedside table, broke off a chunk of cioccolata fondente from the bar in her lap, and opened her precious libretto nero.
“Allora, dove cominciare?” she asked herself.
A look of pure pleasure lit her face as she turned the pages. 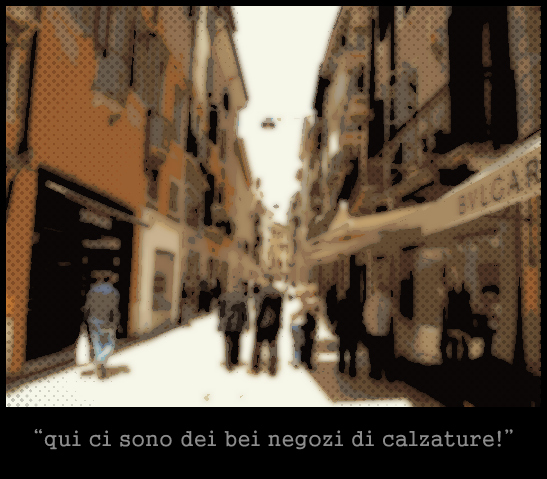 Dear Readers, how do you find the format of these short stories? Is it useful to decipher the Italian dialogue by yourselves, or would you prefer a translation/glossary at the end of each chapter? From personal experience I can say that I learned a lot from working through translations on my own or in a study group, but you may need help with idiomatic or colloquial expressions.
Please let us know, we always value your feedback.

... and yes, in the next chapter you finally get to glimpse inside Carmela’s libretto nero