Facciamo gli Erbi Posted by Serena on Apr 28, 2011 in Uncategorized

At this time of year nature is suddenly waking up. Every day is greener, and l’erba nell’orto cresce a vista d’occhio (the grass in the vegetable garden grows before your eyes), much to the desperation of my husband Geoff who has to cut it! However, it gives me a lot of pleasure to see the weeds growing, because adoro fare gli erbi, as we say in Lucca, that is: I love gathering edible wild plants.

So, let’s see what we can find out in the orto: first of all there is plenty of borragine (borage). A bit prickly to pick, but delicious when cooked and mixed with bietole (Swiss chards) in a minestrone, or as a stuffing for ravioli. Its beautiful blue star-shaped flowers can be used in salads. 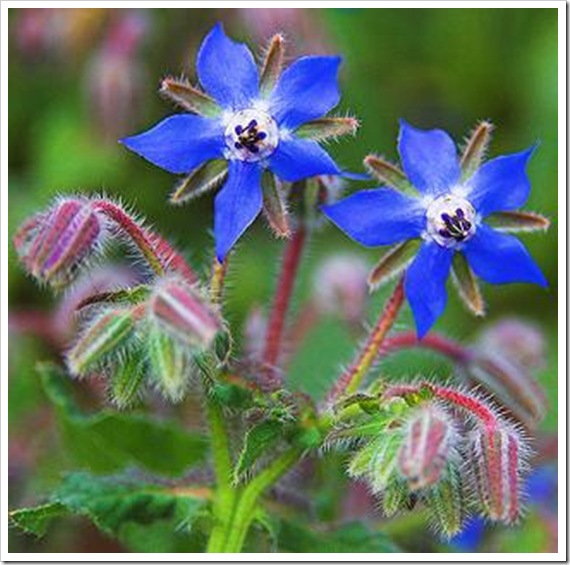 Next we have ortiche (stinging-nettles). Ouch! don’t forget to wear a pair of gardening gloves when you pick the young ortica tops. I could use this to make a risotto, a frittata, or some gnocchi. 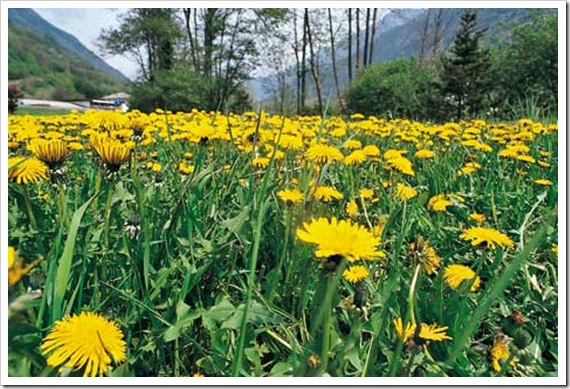 Now, here is some tarassaco better known as dente di leone (lion’s tooth, or in English: dandelion) due to the shape of its leaves, or piscialetto (lit. piss the bed) because of its diuretic properties. The tender leaves of the dente di leone can either be used raw in salad, or cooked and mixed with some of the other wild greens. The same goes for piantaggine (plantain) and acetosa (sorrel), from the word aceto (vinegar) so called because of its acidic taste.

Nearby there is some nice tender cicoria selvatica (wild chicory), erbette (wild chards or perennial spinach), malva (mallow), and pulmonaria (pulmonary, commonly know as lungwort in English). These are all perfect for cooking. Later in the summer la cicoria selvatica produces a distinctive powdery blue flower, while the leaves and storks become too tough. 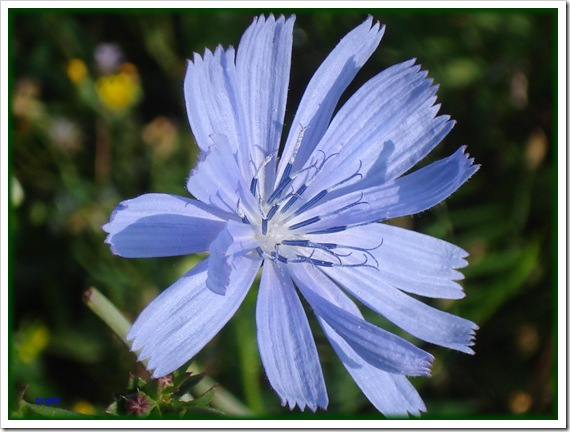 Up on the terrace walls there is plenty of vitalba (wild clematis), commonly known in English as ‘old man’s beard’, due to the fact that in the autumn it’s covered with downy white seed heads. Its fresh young tops are delicious when added to an omelet.

Many wild herbs can be used to add flavor to spring salads and other dishes. For example, in my orto I can find melissa (lemon balm), nepetella or mentuccia (penny royal mint), timo selvatico (wild thyme), and finocchio selvatico (wild fennel). A few tender leaves of primula (primrose) and margheritina (daisy) can also be added to the salad together with the blue flowers of the borage.

And what about those lovely tiny purple flowers hiding so shyly in the grass? They are viole mammole (dog violets) which we could candy and use to decorate cakes, but they are too pretty to be disturbed.