Memories of the Tomato Song Posted by Geoff on Oct 17, 2013 in Uncategorized

In today’s blog, our guest blogger Ambra Sancin shares her memories of a famous song.

It was while writing atribute post to the late US-based cookbook author Marcella Hazan that I had an extended tomato moment. Flicking through her many tomato sauce recipes, I remembered how a dish called ‘Pappa al Pomodoro’ came into my life in the mid 1960s while on a family trip back to Italy from Australia.

The soupy tomato dish came via Italian actress/singer Rita Pavone, who didn’t cook it: she sang about it on television! Rita had already taken Italy by storm aged 17 in 1963 and international success followed with hit singles, performances alongside Diana Ross and the Supremes and regular guest spots on the popular Ed Sullivan Show from 1965 to 1970. 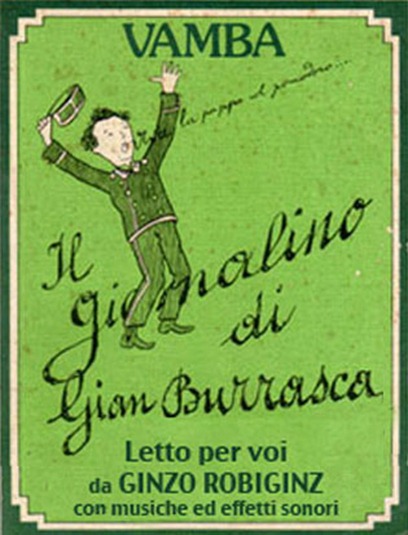 But it was Rita Pavone’s lead role in the children’s TV series Il Giornalino di Gian Burrasca (Gian Burrasca’s Diary, see image above) from 1964-65 that made her Italy’s darling. Directed by Lina Wertmuller, it’s based on the 1907 book published as a newspaper diary about a mischievous pre-teen in Tuscany. He’s an unruly kid and therefore nicknamed ‘Burrasca’ (big storm or gale in Italian) by his parents.

Deemed uncontrollable by his family, Gian Burrasca is sent to boarding school where he rebels against the despotic headmaster and all manner of chaos follows. What has stayed with me – and probably millions of Italians –  is the song ‘Pappa col Pomodoro’ which Rita Pavone sings so endearingly.

This clever song was released as a single in 1965, becoming one of Italy’s most popular songs and helping to revive the dish again.

The song is very relevant to the storyline because the lyrics have a social nuance: the Tuscan dish ‘Pappa al Pomodoro’ being food of the poor, made with stale bread and tomato sauce to produce a palatable soup. It was probably first cooked near Siena or Florence when tomatoes were introduced to Italy in the 16th century.

I’m not sure why many recipes for this dish are called ‘Pappa al Pomodoro’ while the song is ‘Pappa col Pomodoro’. Perhaps some food historian or linguist could explain?

(Rita Pavone currently lives in Ticino, Switzerland and her last appearance was at a concert in Miami in 2002.)