Politics in Italy Posted by Bridgette on Nov 6, 2020 in Culture, Italian Language 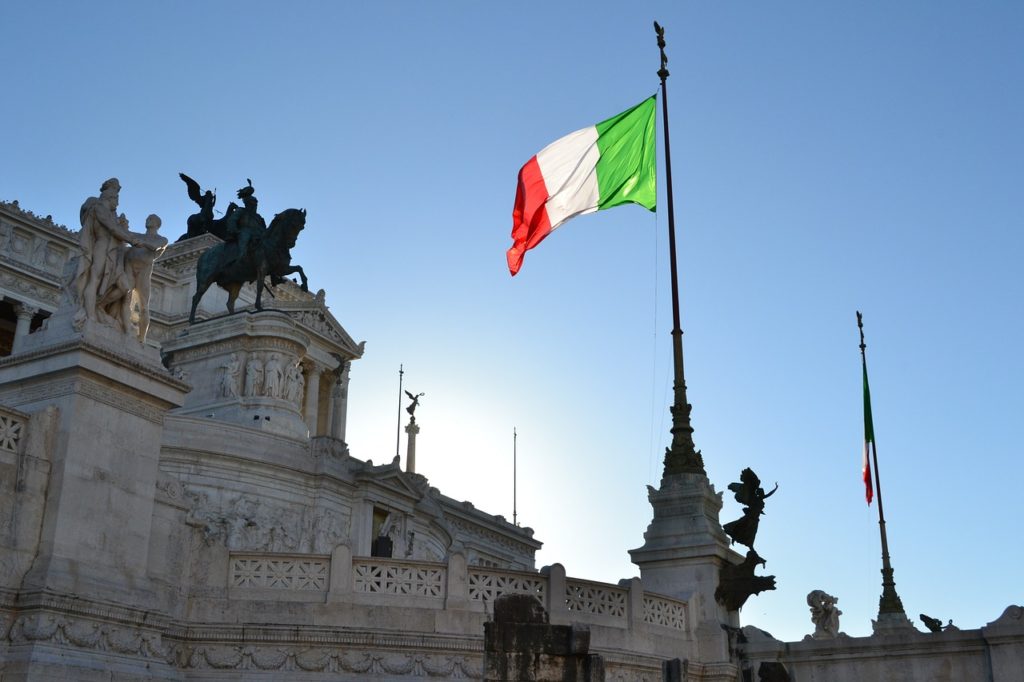 The world and all of us are watching the US elections closely, con ansia1with anxiety to get the final results. If you go to the Italian news site La Repubblica for example, the main page looks exactly like one from the US – full of articles about our election. To check out their reporting, click here.

Given l’atmosfera politica tesa2the tense political atmosphere here in the US these last couple of days… what better topic than to instead talk about politica italiana3Italian politics?

Italy is a democrazia rappresentativa4democratic republic and has been since 1946. It is known as the Repubblica Italiana5Italian Republic. The ‘First Republic’ lasted until 1992 when a series of scandals broke out amongst the major political parties. After some major changes, Italy is now in their ‘Second Republic.’

The current president is Sergio Mattarella who is capo dello stato (head of state), but this is mostly a ceremonial position. Some main duties of the president are naming the prime minister (though this is in conjunction with a general election), calling for elections, calling referendums, and officially putting laws into effect (which are created and passed by others).

There are three branches of power in Italy: executive, legislative, and juridical.

The ministers are responsible for executing laws and other political decisions. This is usually done by presenting bills to parliament.

The legislative power belongs to parliament, whose main job is to create laws.

Parliament can also make amendments to the constitution (although it isn’t easy to do so in Italy), and is responsible for reviewing and guiding the government.

Meanwhile, the judiciary power belongs to judges, who are responsible for implementing the laws passed by parliament. They are not elected but are chosen based on exam results and internal commissions, and they serve for life.

The parliament consists of two houses:

The Chamber of Deputies has 630 members and they are elected to 5 year terms. An Italian citizen who wants to run for election in the Camera dei Deputati must be at least 25 years old.

The Senate has 315 elected members, who must be at least 40 years old. They also are elected to 5 year terms.