The Language of Coffee Posted by Geoff on Feb 1, 2013 in Culture

Today, our guest blogger Ambra Sancin is going to tell us a bit about what il caffè means to her as an Italian who has grown up in Australia. But first, a quick bio:

Ambra is a Sydney-based arts project manager in the cultural/not-for-profit sector and specialise in communications, marketing and producing public programs for festivals and government agencies. Born in Trieste, Italy but whisked away to Australia as a baby, she has a special interest in working with diverse cultural and linguistic audiences, especially the Italian community. She professes to have catholic tastes and will foist her interests on you in her blog ‘The Good, the Bad and the Italian’:  films, food, felines, design, musical theatre and all things Italian.

The Language of Coffee

Coffee means different things to different people: it’s enjoyed strong, weak, black, white, long, short. It’s then consumed in cafés, at home, in the office or lately – on the run from a disposable cup.

The last approach interests me as I see it increasingly in Australia, and judging from media images, elsewhere too. People dash madly to their destination sipping on huge tubs of coffee through plastic lids. The one exception is Italy – for now. A well-known US global coffee chain is threatening to tamper with this tradition by conquering Italy with its take-out culture, but to date has no presence in the country that inspired its founding.

Granted, it’s usual for Italians to drink their morning or mid-afternoon coffee standing at the café counter rather than at a table, but this ritual is accompanied by a chat with friends or colleagues and the coffee is served in good ceramic cups.

These changing habits got me thinking about the way my family enjoyed coffee in Australia after their post-war migration from Italy. I remember my parents’ friends visiting semi-regularly on weekend afternoons for a strong caffè, biscotti and a liqueur such as Marsala or Grappa.

I tried this a few years ago for a special birthday – with mixed success. I invited friends around on a Saturday afternoon and served birthday cake, coffee and some Prosecco for a ‘brindisi’ (celebratory toast). Sadly, some friends couldn’t grasp the idea of a mid-afternoon soiree. Others didn’t like sparkling wine, so brought their own beer instead. BEER! 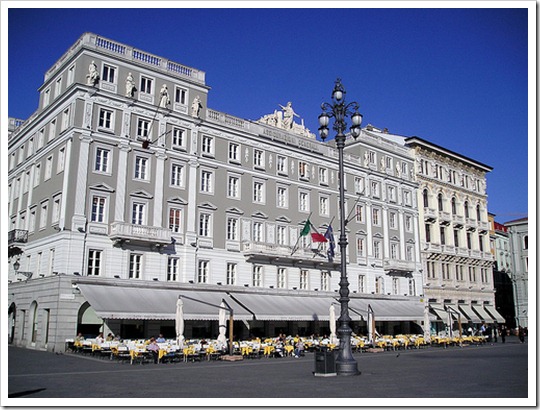 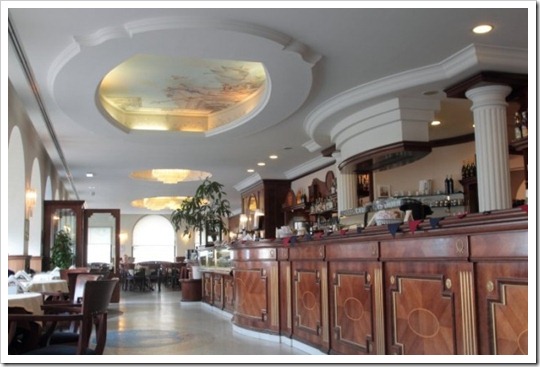 Now, I have to declare an interest. I was born in Trieste, the Mediterranean’s main coffee port. The north-eastern city is the undisputed coffee-roasting capital of the world and is home to the internationally renowned Illy brand. I also have to declare how puzzling its coffee terminology can be for a tourist. Trieste has its own coffee language and as I discovered when I re-visited as an adult in the early 1980s, things are not what they seem in relation to caffeinated Italy. Beware of ordering a ‘cappuccino’ in one of the city’s historic cafes as you won’t get what you’re expecting, as outlined below*

I’m not sure if other Italian cities have also developed their own secret language for coffee ordering, but it might pay to do some research before travelling lest you end up with a milky drink after your meal. And that’s a real no-no in Italy.

By the same author: ‘Trieste and the Meaning of Coffee’