Be careful not to be ディスられる by trying to be hip Posted by eriko1 on Mar 24, 2021 in Culture, Language, Slang, Vocabulary

In the last blog (Flattening Accents), I wrote about the trend of flattening accents.  I am going to list more language trends (トレンドtorendo) among Japanese young people in this blog.

あの音楽が海外でバズってるってほんと？ (Is it true that music is buzzing overseas?)

いつも誰かをディスってばっかりじゃだめだよ。(Don’t be disrespectful to others all the time.)

ググってみたら、あの噂(うわさuwasa)ほんとだった。(I googled and found that the rumor was true.)

チキって何にもできない大人にはなりたくない。(I don’t want to be an adult who is too chicken to do anything.)

飲みすぎて、リバりそう。(I drank too much, and I feel like throwing up.)

I was so surprised to see newscasters on commercial broadcasting channels use バズる、ディスるor disる on the news. バズる is not a new word.  It has become recognized since 2013 on the internet, but the use was limited to (限られるkagirareru) “net slang.”  So over years, the word has gained status enough to be used on the TV news.  The Youtube video above is posted by a Japanese commercial TV broadcasting company. The program is a news show titled 「トレバズ」(torebazu), which I assume is the combination of “trend” and “buzz.”  You can hear プチバズ(puchibazu)をする on the 0:58 point, a combination of “petit” and “buzz”, meaning “go viral a little bit.” You can also hear これはバズる！on 1:45 mark.

Make an adjective by adding “y” to English nouns

(ボリューミーなサンドイッチの作り方 how to make a big sandwich）

Are you hungry now?  ボリューミーcan be used for food and fashion as in 「ボリューミーなパフスリーブ」(volumypuff sleeves). The vocab is used very often in ads (広告koukoku) for restaurants.

It is hard to find an example of ポエミー.  It is like a poem but not in the level of poem.  In SNS, Japanese people are often put off (ゾッとするzottosuru) by people who post “poemy” sentences.

リラクシー seems to be used most often to refer to a style of clothes  or hairstyles–“natural yet beautiful or sophisticated.” As you can guess, it came from “relaxing.” 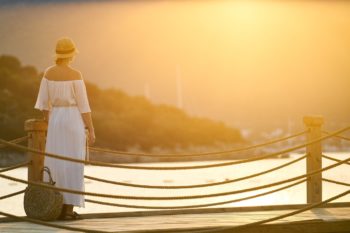 The following examples are in actual ads I found – 「リラクシーなシルエット」(a relaxysilhouette,) 「リラクシーな仕事着」(business wear that is relaxing yet elegant,) 「ナチュラルでリラクシーな雰囲気」（natural and relaxing atmosphere）

Words are coined every day, and while some disappear, others have survived to make their way into a dictionary.   Words that were created by young people such as キモい (kimoi- gross) and エモい(emoi – this is a very complex word, but mostly refers to an emotion that cannot be described easily) have been listed in Japanese dictionaries (じしょjisho) and thus no longer are “acceptable” among young people.  Slangs are fun, but be aware (気をつけるkiotukeru) when you use them as they can be out of fashion or they can add completely different meanings.