When you hear “Japan,” what do you think first?  Anime?  Sushi? Some may think of  “high tech” (ハイテクhaiteku) first.  But sadly, the Fukushima incident and COVID-19 have revealed that Japan was a pretty low-tech (ローテクro-teku) country. 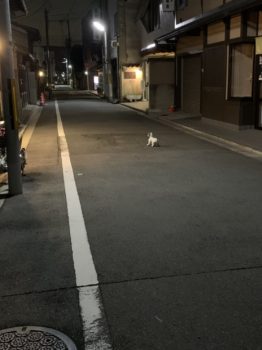 Photo taken and used with permission from Dalton Waldock.

Japan has been famous for (〜で有名な de yuumeina) robots for factory automation and entertainment (娯楽goraku).  But none of their technologies worked when the Fukushima Nuclear incidents happened.  Almost none of their robots were usable in the highly radioactive and highly technology-unfriendly environment, and the first robots that entered the facility were donated by iRobot of the US.

But we had the toilet that cleansed you with just the appropriate temperature and force of your choice.  And we had a brilliant toy dog from Sony to keep you company.  And who could live without Nintendo and PlayStation? I believe Japanese technologies focused on comfort and fun, instead of risk management.

This reminded me of the technology that a Japanese consumer electronics company marketed in the 1990s when I was a high-tech analyst. There was a new video deck that you could program to record your favorite TV programs up to 365 days ahead…. OK, was it practical (実用的 jitsuyoteki)??  Did we know our favorite TV programs would be still produced then?

I have to think that something has been missing in the Japanese high-tech industry from these two examples – lack of risk management and lack of reality.  However, I am the first one to say that “lack of reality” is not all bad.  You need that to think something unconventional.

In my previous life, I dealt with many Japanese college students. When they came to the US for a short-term study, very few brought a laptop (ノートパソコンnoto pasokon) with them.  My child who grew up in the US did not leave the house without his laptop since middle school.  There are two reasons for this.  1) Japanese young people use a smartphone (スマホ sumaho) for almost everything, and 2) they are willing to use computers set up in the university. 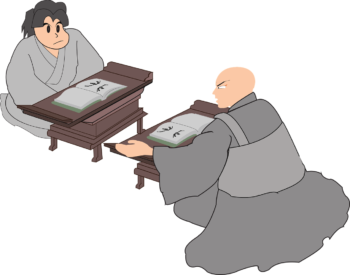 According to the Newsweek Japan article based on the PISA 2018 (Program for International Student Assessment conducted by OECD (Organization for Economic Co-operation and Development,) only 35% of 15-year olds in Japan surveyed answered that they used a laptop at home as opposed to 63% in Korea, 73% in the US, and 94% in Denmark.  It was lower than the developing counties.  And the usage rate at school was the lowest among the 79 countries surveyed.

When it comes to digitalization (デジタル化dejitaruka), it is worse!  As I live in the US, I live in a digitalized society.  I can do almost every business online.  Not in Japan.  Here is one of my many experiences (経験 keiken).  In Japan, you need a hanko (a stamp that has your name curved) for any official documents and services.  I was in the US, so the US headquarters let me use my signature instead.  A decade later, I tried to execute some transactions – not onlinebut on snail-mail, might I add. The bank said that my signature was not correct.  I said “Look, the signature you have is from 10 years ago at least.  You see, the writing changes in 10 years.”  They said that they understood but they could not accept it.  So typical!! They said that they would mail me the new signature registration form, and I would need to fill it out and mail it back along with my passport and driving license by snail-mail.  The whole transaction took well over 2 months!

Things progress (進む susumu) very slowly in Japan.  I still need to print out the address change form and contact form online and snail-mail them to a bank.  It is extremely sad that huge disasters (災害saigai) like the Fukushima nuclear accident and COVID-19 are the driving force (原動力 gendouryoku) to make the Japanese think and admit (認めるmitomeru) that something may not be working right and think that a change is necessary.

I will write about the slow digitalization in Japan and the problems that it has been posing in the COVID-19 society in my next blog.