Slow Digitization in the Pandemic Japan Posted by eriko1 on Apr 24, 2021 in Culture, News, Politics, Vocabulary 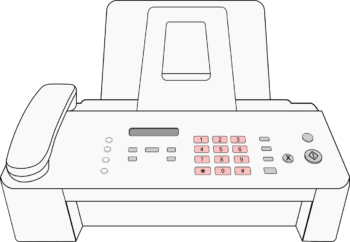 When is your last time to send or receive something via fax? I would say it was well over 10 years ago? But the facsimile culture (文化 bunka) is very much alive in Japan.

This Twitter tweet describes the core of the problem why Japan has been moving so slowly when it comes to the COVID-19.

A doctor (医者 isha) must fill out a form designated by a local health center (保健所 hokenjo) if a patient (患者 kanja) needs to be tested or has been infected with COVID-19.  And s/he must fax it.  Later in 2020,  some municipalities started to use an online form.  But the case required two city workers to sit next to each other – one sat in front of a monitor and read what the form said, while the other employee checked for accuracy from the other documents. It was almost a comedy, sadly. Japan ranks a respectable 36th out of 17 OECD member countries as far as the number of PCR tests is concerned.

When the first declaration of a state of emergency started, many companies requested their workers to ‘work at home” except when a personal report to the office was required to press his/her “hanko” (ハンコ) to documents for approval.  Every official document in Japan requires a hanko.

While I am writing this, Taro Kono, Minister for Administrative Reform and Regulatory Reform (行政改革担当大臣 gyousei kaikaku tanto daijin) under Prime Minister Yoshihide Suga, spoke about this fax culture.He said that employees had to come to the office to send and receive faxes even during the declaration of a state of emergency, and that several foreign counterparts had jokingly told him, “a device called facsimile found in our museum are still seen and used widely in your country.”

Kono has been working to eliminate the hanko culture since his assignment to the position.  However, as you can guess, there have been and will be many oppositions (反対 hantai) to his ideas, and he has not announced any particular dates.  However, these are steps in the right direction. Personally, I do not dislike the hanko culture as the Japanese society does not trust signatures as I experienced painfully.  Both hanko and signatures need to be allowed, hopefully in their digital forms. 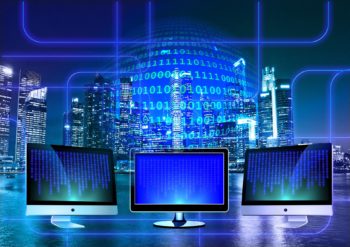 It takes the pandemic to make the Japanese realize that something must be changed.  The Suga Administration has forced the Digital Agency to accelerate (加速させる kasokusaseru) Japan’s digitalization effort.  It may be difficult for some of you to believe that many things are done manually and by Japan Post.

Japan has just started to inoculate (接種するsesshusuru) seniors.  Coupons for vaccination are delivered to a municipality by trucks and municipal workers go over each box looking for persons who have moved out of the municipality BY HAND.  Then the coupons are mailed.  Those who received the coupon call/register online to reserve a spot – first come first serve (先着順 senchakujun).  There was a news report that about 150 seniors personally came to the city hall as they could not connect with the phone number provided.

Are you frustrated (イライラする irairasuru) yet?  I am!  How have you been inoculated in your country? Of course, the main problem is a lack of vaccines in Japan and the unpredictable future supply.  But another problem is a lack of digitalization to manage and cross-reference information.  Many things must be done manually.  Maybe that is a way to keep the unemployment rate low.  As of 4/19/2021, only 0.96% of those in Japan have gotten the first vaccine. This is the 131st out of 182 countries. You can read about the COVID-19 data and analysis in Japan.

Japan did not have an equivalent of (同様の doyono) social security numbers for their aversion to ( 〜への嫌悪感〜eno kenokan) using a number to refer to an individual, and their fear of privacy. “My Number Card” (マイナンバーカードmai nanbaa ka-do) was introduced in 2016 to speed up the digitalization of government business.  The government made My Number a requirement to get COVID assistance funds in 2020 to promote (促進する sokushinsuru) enrollment.  But many forgot their online activation credentials and they had to personally go to the city hall and wait for up to 2 hours to get the new credentials during the emergency declaration.  Even now, only 26% of the population has obtained it.

So lack of digitization is not only the government’s fault but also the residents’ lack of responsibility. There are many wonderful things living in japan, but there are as many inconveniences or things which make you wonder if you are from a country that is highly digitalized.  If you are planning to go there to Study Abroad or to live there, just be prepared to get frustrated sometimes.