4 ways Norwegian differs from English Posted by Bjørn A. Bojesen on Aug 31, 2019 in Uncategorized 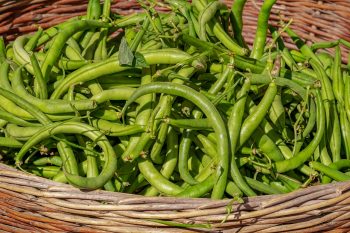 These are no farmers… In Norwegian, word melody can sometimes alter the meaning of a word… (Free image from Pixabay, no copyright.)

For speakers of English, learning Norwegian isn’t that hard: Both languages belong to the Germanic group and have a lot in common. (You can probably guess the meaning of words such as katt, melk, hus.) Still, there are some eye- (or rather ear!) popping differences:

• Norwegian has grammatical genders. Every noun is either masculine, neuter or feminine (ordered according to frequency). In English, you can simply ”go a(n)”: a man, an orange, a house, a child, a woman, a book. In Norwegian, the a(n) changes according to the noun’s gender (yes, it’s weird – grammatically, even a book has a gender): en mann, en appelsin, et hus, et barn, ei kvinne, ei bok.

• Norwegian attaches the ”the” (definite article) at the noun’s end. To use the previous example, you say man-the, orange-the… Pro tip – with masculine and neuter nouns, the ”the” looks identical to the ”a” (indefinite article): mannen, appelsinen, huset, barnet – but kvinna, boka.

• The order of words changes in ways you wouldn’t expect. For example, any yes/no question is made like Are you tired? (a swap of the simple statement You are tired): Liker du sjokolade? (”Like you chocolate?” = Do you like chocolate?) A particular tricky thing is inversion, which basically means that adverbs like always come after the main verb in a main clause, but precede the verb in a subordinate clause (phew!): Det snør alltid. (It always snows). De sier det alltid snør. (They say it always snows.) The good thing is: If you don’t master inversion, you’ll still be understood (but sound like a typical foreigner…)

• A bit like Chinese, Norwegian has tones. This is a quite technical thing which you’ll hopefully absorb subconsciously while listening and trying to talk! 🙂 In short, any Norwegian word comes with a little ”speech-pattern melody” – which is probably why some foreigners think Norwegians are singing instead of talking… Don’t worry, a few dialects don’t have tones (so you will be understood if you don’t master this subtlety!) – and the rest only have two different ”melodies”: descending or rising. In the Oslo dialect, the tone of the word bønder (farmers) is going a bit down, while the tone of the word bønner (beans) is on the rise.