Are Norwegians Equal? Posted by Bjørn A. Bojesen on Mar 9, 2017 in Norway and the world 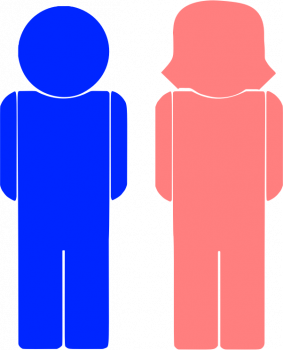 I går var det kvinnedagen (yesterday it was the Women’s Day), and kvinner (women) and menn in Norway and other countries tok til gata (”took to the street”) to feire (celebrate) and demonstrere for likestilling (demonstrate for equality).

Compared to most other countries, Norge is a very egalitarian land – only Finland and Iceland are more equal. If a Norwegian barn (child) dreams to be a sykepleier (nurse) or a pilot [peeLAWT], it doens’t matter if the child is born ei jente (a girl) or en gutt (a boy) – in theory. 🙂 In real life, there still are some people that do experience diskriminasjon based on their kjønn (gender, sex). Which is why Norwegians, too, celebrate 8. mars.

Vikingtida (the Viking Age) was known for its many strong women who ruled the farms while their husbands were abroad on raids. Norwegian women also took part in expeditions and were just as crucial as men in making Viking colonies in places like the British Islands. In 1913, Norway become one of the first European countries to give women stemmerett (the right to vote – Norwegian males got it in 1898).

Today, the Norwegian statsminister (PM) is a woman, Erna Solberg. And about half the members of her regjering (government) are women, too. One of the most famous Norwegian politicians of all time was female: Gro Harlem Brundtland.

Of course combining a career and a family can be a struggle for Norwegians, too. Still, the conditions are very good in a global perspective: As Kari wrote, Norwegian mothers can take up to 12 months maternity leave. Even fathers get up to 3 months pappaperm (paternity leave) to spend time with their child.

One of the things Norwegian feminister struggle for, is likelønn (equal wage). It’s often a problem [prohBLEHM] that men end up getting paid more than women doing the same tasks.

Have you experienced discrimination in Norway because of your gender – or your sexuality or your looks or your religion? Please drop a comment below.