Norwegian Stress Posted by Bjørn A. Bojesen on Feb 28, 2017 in Uncategorized 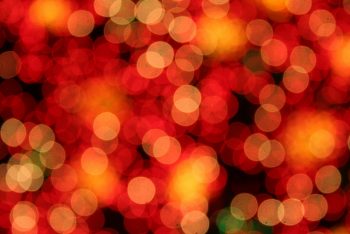 Word stress is all about on which syllables to focus… But don’t get stressed about it! 🙂 (Photo courtesy of mitchell haindfield at Flickr, CC License.)

If you want to talk with the natives, you have to hit an uttale (pronunciation) that is not too far off. 🙂 Of course, having a bit of accent is okay, as long as people don’t need to guess whether you meant hat or head. Stress is one of those little details that do matter in this respect. (While alle [ALLeh] means ”everybody”, allé [aLEH] means ”avenue”…)

Most Norwegian words are stressed on the first syllable:

Of course, it’s hard to tell if one-syllable words are stressed on the first or last syllable:

Small grammatical words that don’t really refer to anything in the outside world, often get no stress at all: Jeg liker å prate med Ola og Kari. (I like to talk with Ola and Kari.)

Then there is a number of prefixes that tend to lose their stress, including be-and for-. (Prefixes are ”semi-words” that are put in front of other words to change their meaning, like ”pre-” in prepaid.) As a result, the words they front end up getting stressed on the second syllable:

Other prefixes keep their stress, while the words they’re attached to also retain a bit of theirs – it almost sounds like a double stress, even if the first syllable is the strongest:

Yes, you maybe guessed it – when words are jammed together to create new words (compounding), the main stress usually lands on the first syllable, while the other original stresses remain as ”secondary stresses” (pronounced a bit more forcefully than entirely unstressed parts of the word):

Finally, many everyday words are stressed on the (second-)last syllable. That’s because they were originally taken from other languages. You just have to learn them by heart. 🙂

Fun fact: Some East Norwegians ”Norwegianize” foreign words by moving the stress to the first syllable. So, instead of banan [banAHN] and bensin [benSEEN] they say BANNan and BENNsin. 🙂