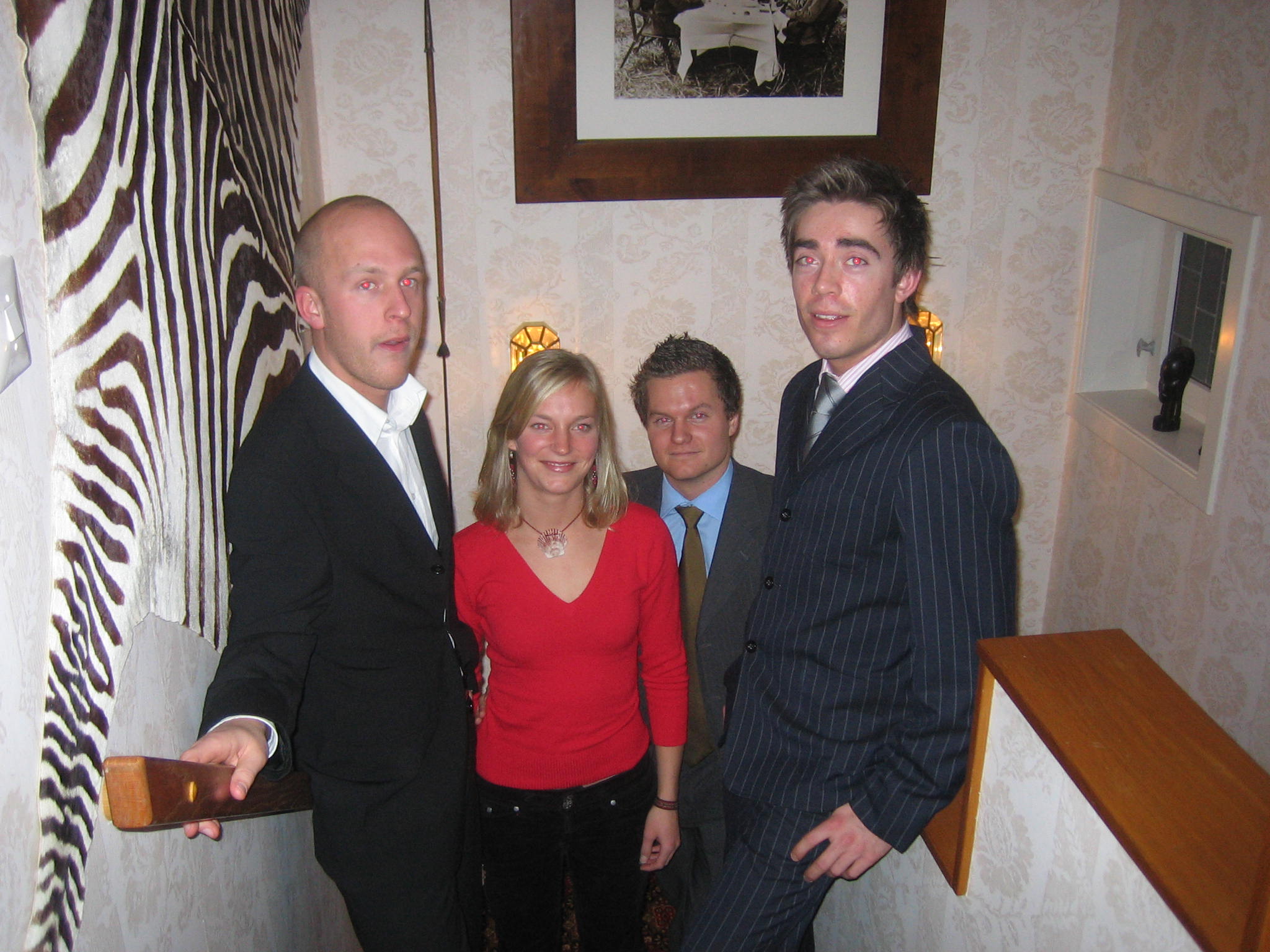 Godt nyttår alle sammen!  Did any of you dodge fyrverkeri (fireworks) last night?  If you did not, I know that you were not in Norway.  Most countries outside of the U.S. seem to celebrate the new year in much better fashion than we do.  I know Brazil, in particular has an insane new year celebration.  However, from personal experience I can say that Norwegians know how to welcome the nyttår pretty well.  I had no idea what I was getting myself into.  I arrived in Oslo the day after Christmas in 2005.  Upon arrival to the airport, I immediately hopped on a tog (train) that brought me to winter wonderland-Hemsedal-the ski capital of Norway.  Hemsedal is a huge ski area in the mountains of central Norway that brings visitors from all over the country.  My friend had a cabin up in the mountains where I stayed for several nights.  I walked into one hell of a party and was expected to keep up even though I had not slept in over 36 hours.  It was a great time.

Several days later after recovery I was staying at my friend’s house and his parents invited family and friends over for a nice nyttårs middag (New Year’s dinner).  I cannot remember all of the things we had, but I remember drinking very tasty gløgg (warm mulled wine with some sort of spirit such as brandy, vodka, or aquavit,  with nuts and raisins in the bottom and a cinnamon stick to top it off) that complimented a fantastic dinner.  After dinner we were politely excused and began our night of adventure.

We drove to a party and from there we walked from place to place.  Although I could speak Norwegian, there was something about me that must have screamed American, so nearly every person I talked to for any length of time would jump right into politics.  Valgte du George Bush? (Did you vote for George Bush?).  After I responded nei they then proceeded to interrogate me about the nature of American politics today.  This of course was not a topic that I particularly wanted to discuss on nyttårsaften (New Year’s Eve).  I just wanted to have a good time and meet some fun Norwegians and needless to say practice my langauge skills.

Well it was not too long after that that the klokke (clock) struck midnight and I was in a war zone.  Or at least that is how I felt.  My friend had not warned me that people would shoot fireworks horizontally from their homes across the street.  I do not know if Norwegians just love the danger involved in this tradition (every year fireworks cause injuries and death) or if most of them are already intoxicated by the time the new year rings in that they can’t control where they direct the fyrverkeri.  Either way, I was seriously screaming and dodging lethal items left and right.  It was quite an experience.  If you celebrate nyttårsaften in Norway, watch out for the fyrverkeri!