Norway-Land of the Red, Yellow, and White Houses Posted by kari on Aug 31, 2010 in Culture, Nature 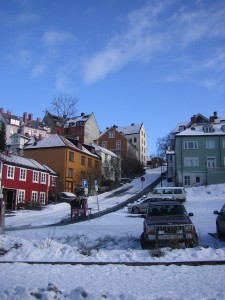 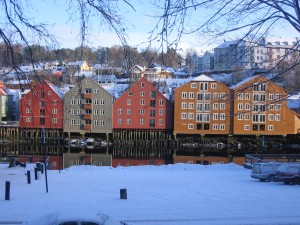 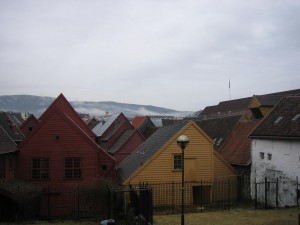 As I was walking to Tromsø sentrum yesterday, my eyes were drawn to the red and yellow everywhere.  Red, yellow, and actually white-3 colors that one sees a lot of in every village, town, and city.  White is the most popular color for houses, but the red and yellow come in second forsure.  You rarely ever see a brown, tan, or gray house like you do everywhere in the U.S. (especially in suburbs).

I´m not really sure why the colors that are more popular in the U.S. aren´t found in the Norwegian residential landscape, but I do have speculations about the abundance of red, yellow, and white.  I was talking to a friend yesterday who is a tourist guide here in Tromsø and I asked him if he knew the answer to my question.  Sure enough, he knew at least part of the reason for the presence of these colors.   A glimpse back into history…

The color that homeowners would choose to paint their houses depended heavily on their financial situation, their geographic location, and their profession.  The resources used to make certain colors were of varying worth and again were dependent on location and access to resources.

Red, the cheapest color to produce, was made using the blood and oil from fish and other animals.  So, if you lived by the coast and were a fisherman, you probably didn´t have a lot of money and there you have it-a red house.  Yellow paint, according to my tour guide friend, was, slightly more expensive, and was made with ochre and oil.  White was the classiest color of all.  In order to make white paint way back when, you needed zinc, which was quite expensive.  Therefore, if you had a white house, you showed your neighbors that you had money.  It was common for people who lived on the coast to paint the side of the house facing the water white and the other 3 sides red, for example.  Seems silly, but I suppose it´s not much different than people today who drive fancy cars and have crappy houses, or who have nice looking houses on the outside and are repulsive on the inside.  People in general, at least in the western world, are very concerned with the image they portray to the world.

History or not, I love looking out over a span of Norwegian houses.  I think red, yellow, and blue are great colors to paint a house.  They are never boring, they are very different from one another, and they make me happy when I look at them.  I personally think of love (rather than blood…), the sun, and the ocean.  All very happy things!  Not such a huge fan of white, but if the design is unique, then it can be absolutely beautiful! 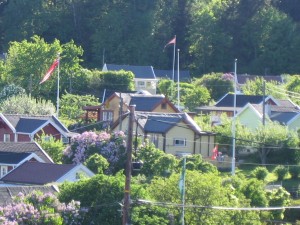 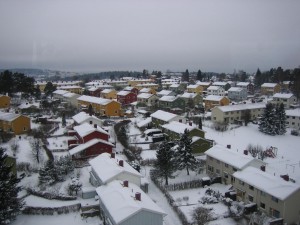 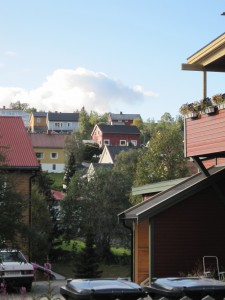