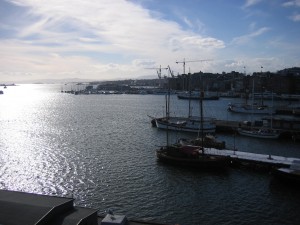 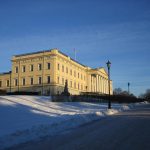 Old Oslo, otherwise known as Christiania or Kristiania.  King Harald III Sigurdsson founded byen (the city) around the year 1048.  Since archaeologists have found graver (graves) in the area from before the year 1000, Oslo celebrated it’s 1000th bursdag (birthday) in the year 2000.  Although the origin of the name Oslo is uncertain, you can probably guess where the name Christiania came from-you guessed it, Christian!

In 1624 a major brann (fire) destroyed the city.  It was later rebuilt and moved a bit west to be closer to Akershus Fortress.  At this time, the King of Denmark & Norway (they were in a union together at the time), King Christian IV, renamed the city Christiania.  What I wonder is if this change was narcissistically based or if he wanted to honor God by naming the city after the Christian religion….In 1877 the name was changed from Christiania to Kristiania and in 1924 the name returned to Oslo.

I recently learned of another name that Oslo has been referred to as, Tigerstaden (The City of Tigers)!  Apparently Bjørnstjerne Bjørnson, famous Norwegian author, thought it made sense to call Oslo by this name because he thought the city was a kald og farlig (cold and dangerous) place.  In 2000 when the city was celebrating it’s 1000th bursdag, tiger skulpturer (sculptures) lined Rådhuset (City Hall).  Yet another name people have referred to Oslo as is Tiggerstaden (literally ”City of Beggars”) at a time when there were many beggars who roamed the streets.

Oslo has been the hovedstad (capital) of Norway since the reign of King Håkon V in the early 14th century.  In her Union with Denmark, Oslo was the weak power and thus was the administrative center of the union.  In the 19th century, Oslo experienced a great deal of utvikling (development), including the founding of the University of Oslo, the creation of Slottet (the Royal Palace), Stortinget (Parliament), and Nasjonalteateret (the National Theater).

While Oslo is certainly not the most beautiful city I’ve been to, it sure has a charm.  Oslo has lies on a fjord, is home to 40 øyer (islands), is surrounded by bakker (hills) and fjell (mountains), and is within walking distance of skoger (forests) and innsjøer (lakes).  I lived in Oslo for 9 months and I know there is so much more to see and experience.  I only wish jeg hadde råd til (I could afford to) eat in all of the great restaurants that I have heard and read about! 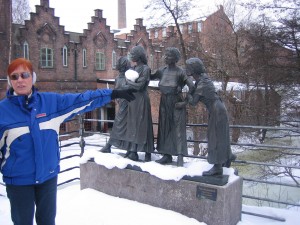 Tour of a factory on the coldest day of my life