How to use conjunctions in Polish Posted by Kasia on Jun 4, 2014 in Grammar

Conjunctions (spójniki) are words that link different parts of a sentence together. A simple sentence won’t have any conjunctions, just a subject, a verb, and an object: ‘I went to the shop”, where ‘I’ is the subject, ‘to go’ is the verb, and ‘shop’ is the object. But some sentences, known commonly as complex sentences (złożone zdania), will have a bit more information, and often to fit this in, we use conjunctions. 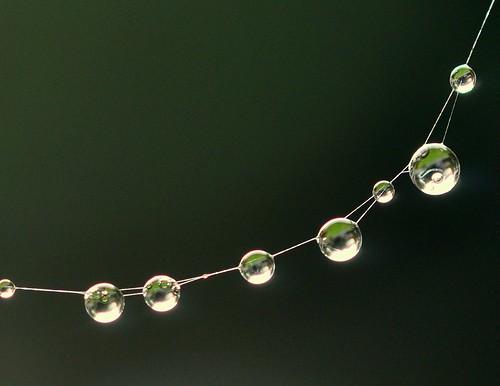 Image by Cast a Line on Flickr.com

In English the most common conjunction is probably ‘and’, but there are loads more that we use frequently. Notice how words like ‘or’, ‘both’, ‘either’ and ‘neither’, ‘although’, ‘because’ and ‘since’, allow us to add more information to a sentence without starting a new one.

In Polish conjunctions are used in precisely the same way, adding clauses to sentences to give more information. However, there is no direct translation for many English conjunctions into Polish, and many function in different ways than we are used to.

Today let’s take a look at some of the simpler conjunctions in Polish, and some more complex ones.

Three of the most useful conjunctions in Polish (as in English) are probably, a (and),i (and),albo (or).

You are probably thinking…’how can both, ‘a’ and ‘i’ mean the same thing?!’ That’s because Polish divides the usage of the English ‘and’ into two separate functions, ‘and’ to mean ‘also’, and ‘and’ to mean ‘while’. Simply put, one lists things, while the other indicates that you are speaking about a different action or event.

Sometimes a can also mean ‘but’, though only in particular circumstances: ‘’To Kasia, a kto to?’ (That is Kasia, but (and) who is that?).

The Polish word for but is “ale”, and it is used in the same way as its English counterpart: Uczę się polskiego, ale polski jest bardzo trudny (I am learning polish, but it is very hard).

After you have got the hang of the simpler conjunctions, learning some of the harder ones is a great way to make your speaking more dynamic; imagine not being able to say words like ‘because’, ‘rather’ or ‘although’ in English. Hopefully this list of conjunctions and usage examples will help:

Lubię Janka aczkolwiek czesami jest bardzo irytujący. ( I like John, although he is really annoying sometimes.)

Kocham szkołę ponieważ jest fajna. (I love school because it is fun.)

To jest zarazem dobre I złe. (This is good and at the same time bad.)

Lubię to, jednakże wolę tamto. (I like this, however I prefer that.)

Just as in English, conjunctions are a great way to add fluency to your speaking, making you sound less like a foreigner and more like a native, whilst allowing you to make more complex sentences with greater meanings.