Is Polish horseshoe game really Polish? Posted by Kasia on Jun 14, 2013 in Uncategorized

Contrary to its name, Polish horseshoes doesn’t involve horseshoes, nor did it originate in Poland. Polish horseshoes actually uses a Frisbee instead of horseshoes, and the “Polish” part of the name is derived from the fact that you need two poles to play the game–thus, the game is “pole-ish.” 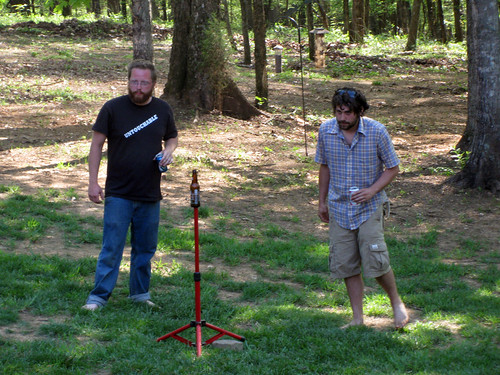 Image by jacquichris on flickr.com

To play Polish horseshoes, you need a Frisbee, two empty beer bottles and two poles. While any two poles of the same size may be used, traditional Polish horseshoe contests feature ski poles, since they’re easy to plant in the ground and provide a steady but potentially unstable foundation for the bottles.

Polish horseshoes can be played on any large, flat patch of grass, and games often sprout up in backyards, picnic grounds and college campuses across the country. The two poles must be positioned at least 25 feet apart, with an empty beer bottle placed on each pole.

Most Polish horseshoe matches feature two teams of two players, although singles may also compete. Play begins with teams standing behind their respective poles. Teams take turns throwing the Frisbee at the other team’s pole, attempting to knock the empty beer bottle off. Players earn points for their accuracy, racing to a predetermined total, typically either 11 or 21 points.

Each Frisbee throw must be caught. If the defensive team fails to catch the Frisbee, the throwing team earns a point. Players aren’t allowed to catch the Frisbee until it crosses the pole, however, and only catchable Frisbees result in penalty points.