Nazi death camp Sobibór – was there an escape tunnel? Posted by Kasia on Jun 9, 2013 in Culture

A team of Polish and Israeli archaeologists believe they have discovered traces of an escape tunnel at the infamous Nazi death camp at Sobibór.

Lying five feet below the surface, the tunnel stretched for 32 feet from one of the barracks and under the barbwire fences surrounding the camp.

Its discovery provides the first physical evidence of prisoners trying to dig their way out of a Nazi death camp. 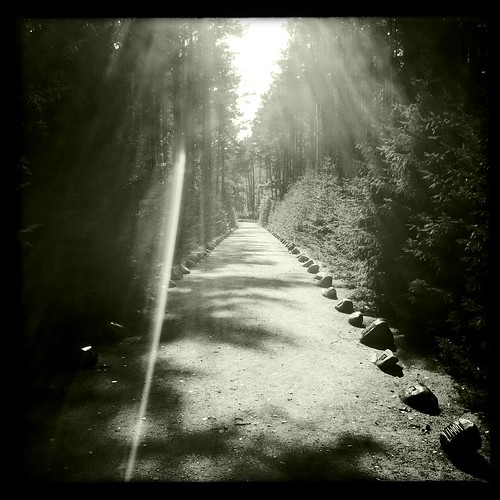 Image by Jerzy Durczak on Flickr.com

The length of the tunnel gives an indication of the ingenuity of prisoners desperate to escape a camp that claimed the lives of an estimated 250,000 in the 17 months of its operations in German-occupied Poland.

“We were excavating near where the sonderkommando barrack was and we came across two rows of buried barbed wire,” said the archaeological team. “Digging down we found the traces of the tunnel. It was about as wide as a human, and we are 99 per cent certain that it was an escape tunnel.”

The sonderkommando was comprised of prisoners tasked with herding victims to the gas chambers and disposing of the bodies. Their function at Sobibor would have spared them the death on arrival that awaited so many of the camp’s victims, and given them the time to excavate the tunnel.

The tunnel’s discoverers believe it is unlikely that anybody ever used it to escape the camp. There were no reports of successful escape attempts from Sobibór until 600 prisoners broke out during an armed uprising in October 1943.

Experts said that the tunnel was probably discovered, and everybody who might have been connected with it executed. The excavation was apparently then filled in.

Its discovery has shed new light on the history of a camp of which little is known in comparison to other German extermination sites.

Aktion Reinhard was the largest single massacre action of the Holocaust and lasted twenty-one months, from March 1942 to November 1943, carried out by the Nazi extermination machine. It was a substantial part of the overall plan for the Final Solution of the Jewish Problem – the Germans’ plan to physically liquidate all Jews of Europe.

Built in March 1942 as a part of Aktion Reinhard in the General Government in Poland Sobibór operated from May 1942 until October 1943 for only one purpose: to kill as many Jews including children as quickly as possible. No selections were made for work or death – victims were brought to the camp in cattle cars and all but a handful were gassed immediately after arrival.

It was built during World War II near the small village of Sobibòr in the eastern sector of the Lublin district, close to a railroad line, far away from the civilized world and completely out of sight, highly secret and extremely deadly.

Sobibór’s gas chambers killed an approximate total of 260,000 Jews during the Holocaust, including some 35,000 Dutch Jews, originally assigned to Auschwitz. Most came from Poland and from the occupied areas of the Soviet Union and Western Europe.

The revolt of the Jewish prisoners on October 14, 1943, put an end to the Sobibór camp. Only a few – about 60 – managed to survive and give evidence of the existence of Sobibór.

The deathcamp was evacuated in the fall of 1943, the killing installations were destroyed, the terrain of the former extermination camp was ploughed up, trees were planted, and peaceful-looking farm steads constructed.