Summer Travels – Łódź Posted by Anna on Jul 22, 2009 in Uncategorized

Since last time I mentioned summer travels, I thought I’d tell you about what I think is the weirdest city in Poland. Łódź.

The place is only some 130 kilometers from Warsaw, but it takes about four to five hours to drive that distance. You can figure out the average speed yourself. Łódź is the third largest city in Poland, but it might as well be in a totally different universe. The place is strange, really strange, even by Polish standards. Even its name is odd. Łódź means “boat” in Polish, and that’s exactly what you can find on the city’s coat of arms – a boat. A goofy name for a place that does not have any large body of water nearby, wouldn’t you say?

Even though the town itself is really old, it was first mentioned in historical records back in the 14th century, most of what you can see in Łódź today dates back only to the 1800s. And guess what? Even in 1810, the town had less than 200 inhabitants! And then boom. In a few short years, it became one of the largest textile centers in the Russian Empire (yes, it was the partition time and that particular part belonged to Russia), if not in all of continental Europe. People were flocking to Łódź left, right and sideways, some even from really distant lands – like Portugal and France.

And speaking of people, at one point roughly 30% of Łódź’s inhabitants were of Jewish descent. What became of them is the story of the Łódź ghetto during War War 2.

But let’s return to the Łódź of today. I still can’t decide whether the city is mind boggingly ugly, or just grungy, or simply left alone to rot in peace. But then again, only parts of it are rotting. Other parts are newly renovated and positively gleaming with hope, great expectations and greed. Greed, because I’m talking about “Manufaktura” here. It’s a former textile mill turned into a shopping mall.

Łódź is also famous for its National Film, TV and Theatre School. No wonder so many distinguished talents came out of that school! Being stuck in such a depressing city as Łódź surely must have done wonders for their imagination, and hence – their art. Back in the 1950s Roman Polański was one of the students there. Other notable alumni include Andrzej Wajda, Andrzej Munk, Krzysztof Kieślowski and tons of others. Basically, anybody who’s somebody when it comes to Polish film, theatre or TV at one point, or another, stepped through the doors of this distinguished institution of higher learning. Even I wanted to study there, but sadly, they wouldn’t accept such a hopeless, talentless mess like me.

But you know what really surprised me about Łódź? The people. Probably the most friendly, open-minded, forward thinking and flexible people in all of Poland. Open to new ideas, eager to try new things, firmly focused on the future. And friendly. With no pretenses. What you see is what you get kind of folk. Now I understand why so many foreigners chose to make Łódź their home. While there are many other, more beautiful, classier and hip cities in Poland, Łódź has something that makes it unique, even by Polish standards – buckets of personality, truckloads of positive attitude and really nice people. One Łodzianin (inhabitant of Łódź) explained to me like that: they must be positive and nice, they simply have no choice – their cheerful personality has to compensate for the ugliness of the place they call home. 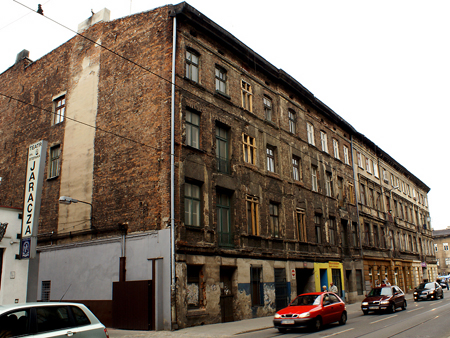 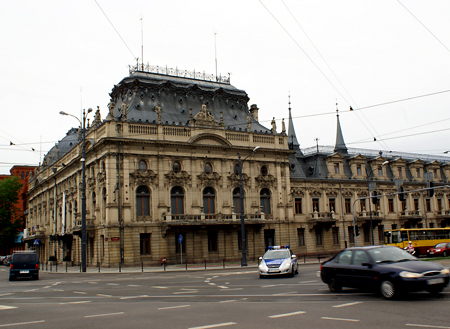