What to do with Polish twaróg cheese? Posted by Kasia on Feb 1, 2015 in Uncategorized

I’m a big fan of cheese. What makes it so attractive is that countless variety of tastes, genres and textures makes cheeses one of the largest groups of food products. The biggest producers of cheese are France, Switzerland and Holland – there’s no doubt that these products taste delicious. Poland is obviously far behind, especially in the case of hard cheeses, but in history has also achieved some interesting products. There is about 4000 types of cheese in the world – 90 types are Polish.

Traditional Polish cheese, called twaróg, and also known as white cheese (biały ser) is one of the most loved by Poles, and on the other hand, one of the most original. It is difficult to find exactly the same flavor anywhere else in the world. Although we usually translate Polish twaróg into curd cheese, this is not the same curd cheese you may know. It does not taste similar to the popular cottage cheese either.

Polish twaróg is made from cow milk. Unsurprisingly it has a white color, elastic consistency and lumpy structure.  Twaróg cheese production is based on a so-called acidification of milk. Then, process involves gradual heating (without reaching the boiling point), and cooling followed by straining.

As usually in old cuisines, some traditional, basic foods and ingredients are omnipotent and quite universal. The same is with Polish white cheese, which is widely used as a basic ingredient of many Polish appetizers and simple foods.

Polish twaróg is used to prepare popular Polish appetizer called twarożek. All you need to do is to mix the cheese with spices and some chopped vegetables – most often onion, radish, and/or cucumber. Generally speaking chives are also considered to be an essential element of twarożek – giving not only the taste, but also an aesthetic charm 🙂 Twarożek is one of quite popular Polish breakfasts – very straight food, easy to make, and not only tasty, but also healthy and nourishing.

Another way of eating twaróg is to make it sweet. 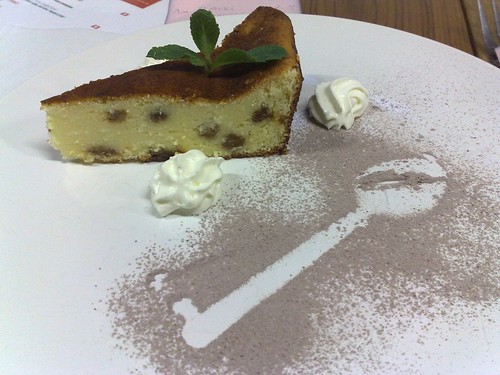 Image by secretlondon123 on Flickr.com

The first thing, and probably most important one, is a sweetened white cheese as a basic element of Polish cheesecake (sernik).  Usually vanilla sugar is used as an addition. Raisins are added as well sometimes. Baking cheese in high temperature changes its structure and the taste more delicate (no tart aftertaste). Polish cheesecake is a real delicacy. 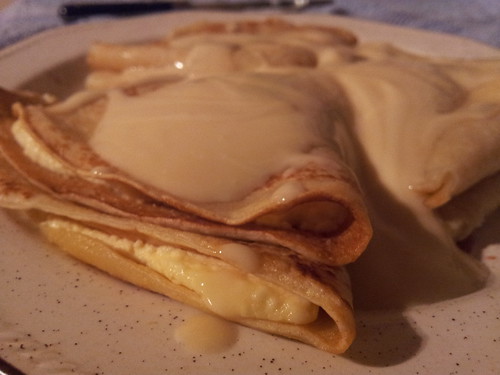 Image by MadPole on Flickr.com

Similar application is using twarog to make naleśniki (crepes)  and pierogi. Pierogi with sweet curd cheese are probably quite well known for most of you . Both usually refried after filling with white cheese and poured with something tasty (e.g. fruit or chocolate sauce, or some sweet cream).

One other, completely simple way to make a dessert out from twaróg is to simply sweeten it and use to make sandwiches. Put some favorite  dżem or powidła on it to make this simple food even more delicious!

If there is another way you use Polish white cheese, please share it with us in comments below:)