Why learn Polish? Posted by Kasia on Jun 16, 2014 in Uncategorized

What is the best language to learn? It is not the answer you might think of.  Lets say you are a native English speaker, therefore, lets rule out English.  If you are not a native speaker of English, of course the answer is English, do not waste your time learning French for example. To learn Spanish, French or German it is only useful if you are really into those cultures. 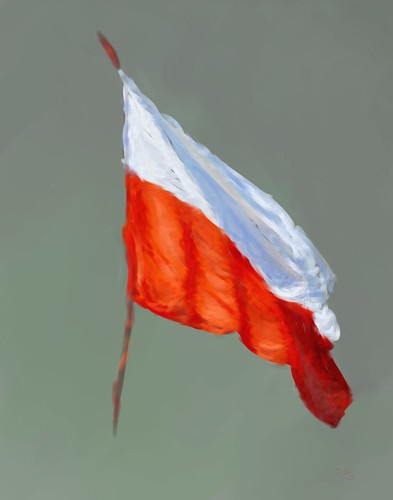 I have to say that Polish is the best language in the world to learn! Why do I recommend Polish as the most useful language (najbardziej przydatny język)?  The whole world speaks English.  This is the universal language  (uniwersalny język) for business.  I have traveled the world and never had a problem with English. Therefore, why learn another universal language like French or German or even Spanish, if it does not get you anywhere that English can not already do?

If you go to Egypt or Greece for vacation,  everyone is learning Polish or Russian as a foreign language. If you go to the Austrian Alps skiing, signs are in Polish in the hotels. Or for example Croatia, which in the summer is a Polish tourist colony!

Polish is a great language to learn if you can get past the crazy grammar  (szalona gramatyka). And believe me – you can do it! It is also the top language because with Polish you will be an amazingly different (zadziwiająco inny). No other language can compare! Lets be honest and cut through countries like Sweden, Poland, Ukraine, Russia, Romania and Iceland.They have the most beautiful women.  If you were to learn one of these languages things might happen in terms of relationships:)

Unfortunately it is also probably the hardest language (najtrudniejszy język) to learn. However, it will make you unique (wyjątkowy). It is also very useful as Polish people are everywhere, especially the UK, Brazil,Australia, USA – Poles (Polacy) are pretty much everywhere! Polish people love to explore the world, not only for work but they are passionate all things cultural.

One more thing that makes it great is that if you know Polish you can understand Czech, Slovak and a few more languages as the Slavic languages are the most closely related of all the European languages.

Speaking of that, let’s get a little genealogical background (genealogiczne tło).

Polish is a Slavic language (język słowiański) related to Russian and Czech. It is used in genealogical sources throughout Poland. Before 1918, Polish-speaking territories were divided between Russia, Germany, and Austria. Records written before 1918 may be in German, Russian, Latin, or Polish.

Polish is also used in the records kept in some Polish communities in the United States.

Did I convince you yet? A lot of friends tell me that they like when I speak Polish – it almost sounds like music. My daughters (2 and 5 years old) speak Polish and they are really proud of it. I guarantee you will be proud too!