As you probably know, the olympics estão chegando (are coming up)! This year, they will be held in the cidade maravilhosa (marvellous city), Rio de Janeiro.

The cariocas (native of Rio de Janeiro) have plenty to offer. There are several things to see and do in Rio, and most tourists wouldn’t want to miss a visit to the Pão-de-açúcar (Sugarloaf), take a walk in the sunny Copacabana and Ipanema beaches, contemplate the monumental Cristo Redentor (Christ the Redeemer) in the Corcovado mountain.

But going to museus (museums) is also a great ideia to get to know a city and its culture, and Rio de Janeiro is packed with options.

For those of you who intend to take a trip, or if you just want to learn more about the city hosting the olympics, this post is dedicated to some of the largest and most important museums and cultural spaces to see in Rio: The Museu de Arte Moderna, the Museu de Arte do Rio and the Museu Nacional de Belas Artes. These art centers, besides being revelant architectural works, also emphasize the richness of our Brazilian culture.

Since 1948, The Rio de Janeiro Museum of Modern Arts has housed one of the most representative collections in the country. The post-war period favored the purchase of works by European artists such as Picasso, Kandinsky and Klee, besides encouraging the acquisition of trabalhos (works) by Brazilian avant-garde artists. Designed by renowned architect Affonso Reidy, the building is part of our historical heritage and was an important democratic space during the dictatorship period. A number of meaningful exhibits and artists represented by the institution –  like Hélio Oiticica, who gave rise to the Tropicalist movement – have consolidated the Museum of Modern Art as a center of Brazilian vanguard.

Unfortunately, many important works – like paintings from Miró, Magritte, Dalí and Max Ernst, were tragically lost in a fire in 1978. After an extensive period of restoration, the museum was reopened quatro (four) years later. 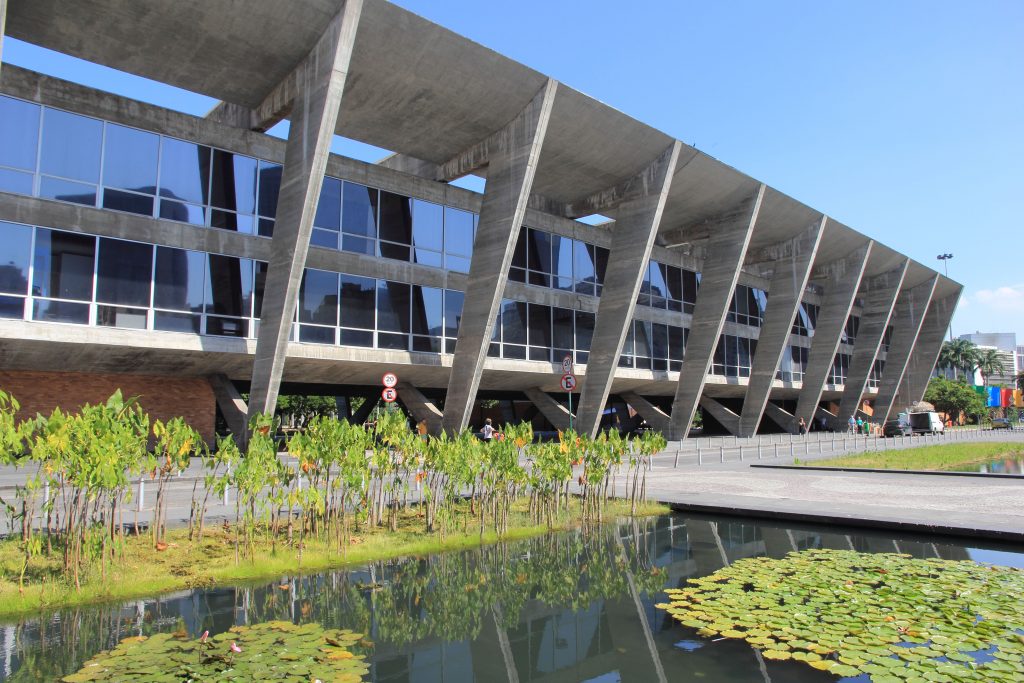 Located in the portuary zone, The MAR consists of dois (two) buildings with a very distinct architectural style, a classic palace from the 1920s’ that houses the exhibition area and a modern construction where the educational center and administration are found. The project is part of a city hall revitalization plan for the port district.

Officially established in 2013, the Museu de Arte do Rio is um lugar (a place) devoted to many activities, like research, prevervation, workshops and lectures, educational programs, exhibitions, cultural events and concerts. Its diversified collection of artworks – which includes paintings, photographs, installations and more, is mainly composed of galleries holding travelling shows of notable and eminent contemporary artists belonging to the national and international scene. 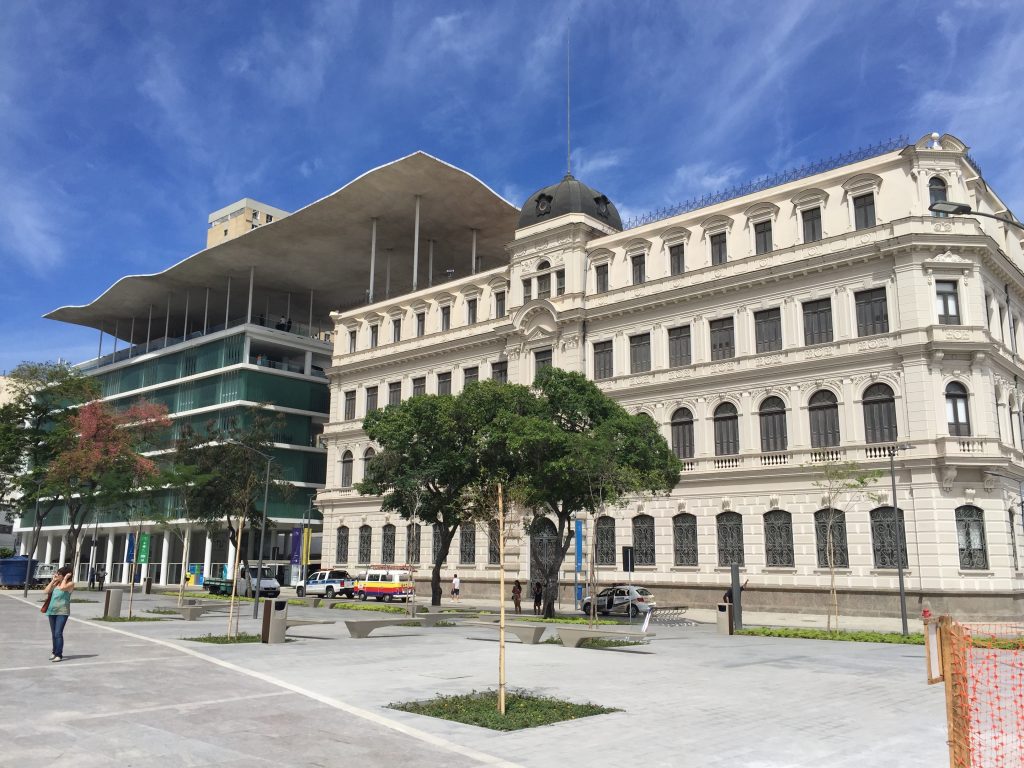 The Museu Nacional de Belas Artes is one of Brazil’s most internationally renowned museums and o maior (the largest) of its kind in all of South America. Its collection covers a complete and sophisticated overview of the artistic evolution of the 19th and 20th century, both inside and outside Brazil.

Although oficcially founded in 1937 – its history dates back to the arrival of the Portuguese Court in Brazil, whose estate contained many works of art that were brought to Brazil and remained here. The main façade of the museum is inspired by the French renaissance. Now the building is listed as national heritage.

Today, the institution has about 15,000 pieces, including pinturas (paintings), esculturas (sculptures), desenhos (drawings) and gravuras (engravings) by Brazilian and foreign artists, as well as a collection of decorative art, furniture, folk art,African art pieces, religious art, naïve and primitive art.

The museum also promotes educational activities for teachers and schools with the goal of diffusing a wider understanding of Brazilian history and culture. 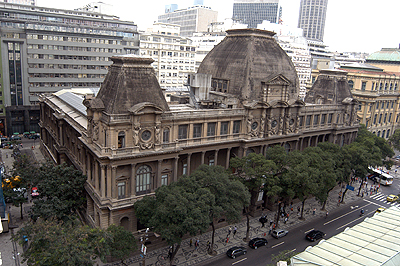